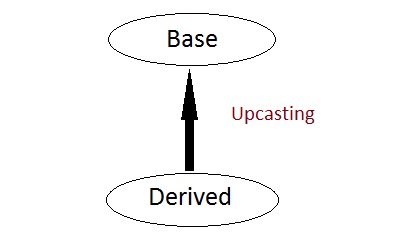 Functions that are never Inherited

Inheritance and Static Functions in C++

In this case both class B and C inherits function show() from class A. Hence class D has two inherited copies of function show(). In main() function when we call function show(), then ambiguity arises, because compiler doesn't know which show() function to call. Hence we use Virtual keyword while inheriting class.

Now by adding virtual keyword, we tell compiler to call any one out of the two show() funtions.

As we all know that whenever a derived class object is instantiated, the base class constructor is always called. But in case of Hybrid Inheritance, as discussed in above example, if we create an instance of class D, then following constructors will be called :

If there is any call for initializing the constructor of class A in class B or class C, while creating object of class D, all such calls will be skipped.