A process is a program in execution which then forms the basis of all computation. The process is not as same as program code but a lot more than it. A process is an 'active' entity as opposed to the program which is considered to be a 'passive' entity. Attributes held by the process include hardware state, memory, CPU, etc.

Process memory is divided into four sections for efficient working : 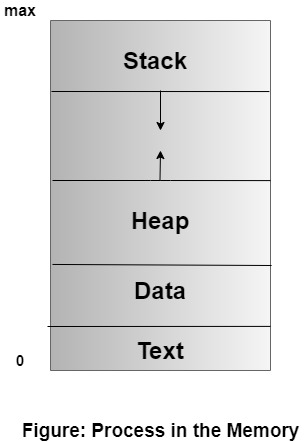 Processes in the operating system can be in any of the following states: 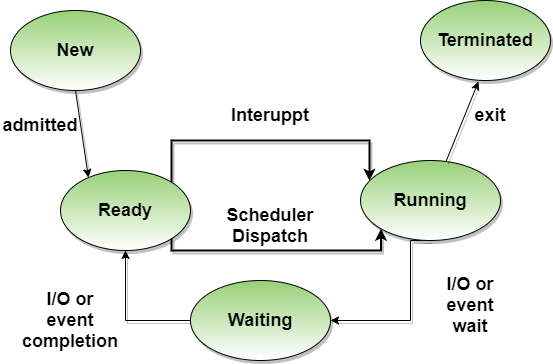 There is a Process Control Block for each process, enclosing all the information about the process. It is also known as the task control block. It is a data structure, which contains the following:

Let us take a look at the differences between Process and Program:

When there are two or more runnable processes then it is decided by the Operating system which one to run first then it is referred to as Process Scheduling.

A scheduler is used to make decisions by using some scheduling algorithm.

Given below are the properties of a Good Scheduling Algorithm: