In this tutorial, we will be covering the application program TELNET in Computer Networks.

TELNET is basically the short form for TErminal NETwork.It is basically a TCP/IP protocol that is used for virtual terminal services and was mainly proposed by International Organization for Standards(ISO).

In order to access the system the user logs in to the system by the user-id.The system also includes password checking in order to prevent unauthorized access to the resources of a system.

The logging process can be further categorized into two:

Whenever a user logs in into a local timesharing system then it referred to as local log-in. 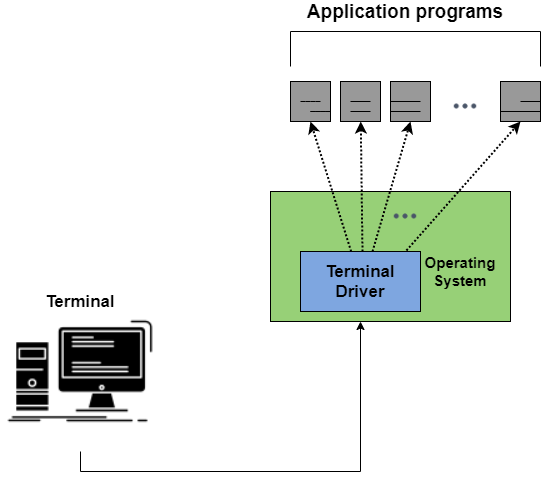 Whenever a user wants to access those application programs or utilities that locate on to the remote machine then it is referred to as remote log-in. In this type of log-in, the TELNET client/server program mainly comes into use.

The figure shows the concept of Remote Log-in 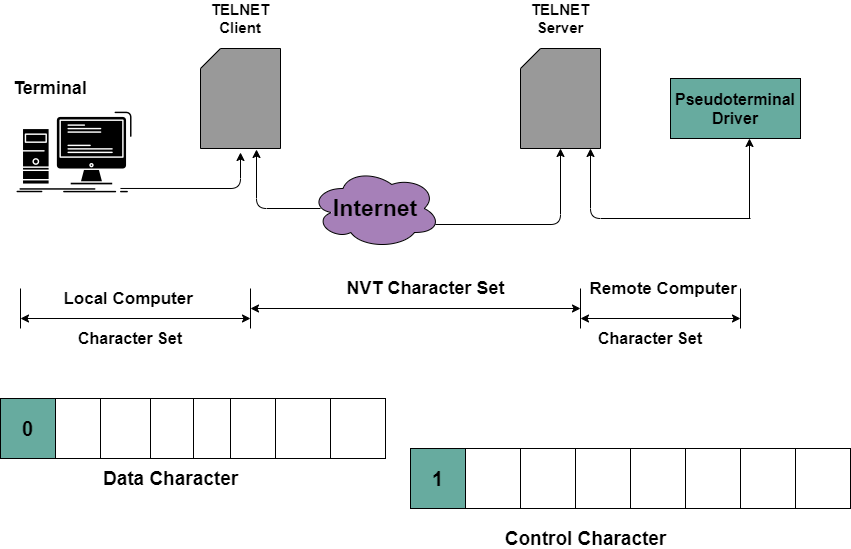 The Network Virtual terminal mainly uses two sets of characters, one set is for data and the other set is for control.

These are the extra features that are available to a user with a more sophisticated terminal.

Some of the common options are as follows:

The TELNET program allows the client and the server to negotiate the options before or during the services.

Given below are the four control characters that are used for this purpose:

Given below are some of the benefits of using TELNET:

Now it's time to take a look at the drawbacks of TELNET:

The Implementation of the TELNET is mainly operating in one of the three given modes: