Physical layer is the lowest layer of the OSI reference model. It is responsible for sending bits from one computer to another. This layer is not concerned with the meaning of the bits and deals with the setup of physical connection to the network and with transmission and reception of signals.

Following are the various functions performed by the Physical layer of the OSI model. 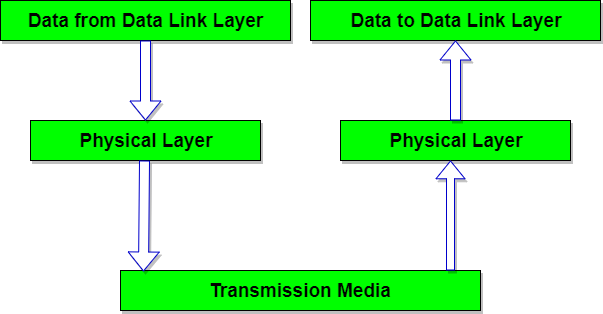