In this tutorial, we will be covering reference models in Computer Networks.

In the past couple of decades, many networks that were built used different hardware and software implementations as a result they were incompatible, and thus it became difficult for networks using different specifications to communicate with each other.

In order to address this problem: the incompatibility of networks and their inability to communicate with each other. The International Organization of Standardization(ISO) researched various network schemes. After that, they recognized there is a need to create a Network Model that will help vendors to create interoperable implementations of the network.

Let us now understand what is a Reference Model?

It is a conceptual layout mainly used to describe how the communication between devices should occur.

The most important reference models are:

There are many users who use computer networks and are located all over the world. To ensure national and worldwide data communication ISO (ISO stands for International Organization of Standardization.) developed this model. This is called a model for open system interconnection (OSI) and is normally called an OSI model.OSI model architecture consists of seven layers. It defines seven layers or levels in a complete communication system. These seven layers are interconnected to each other. OSI Reference model is explained in detail in another chapter.

Seven Layers of the OSI Model are as follows: 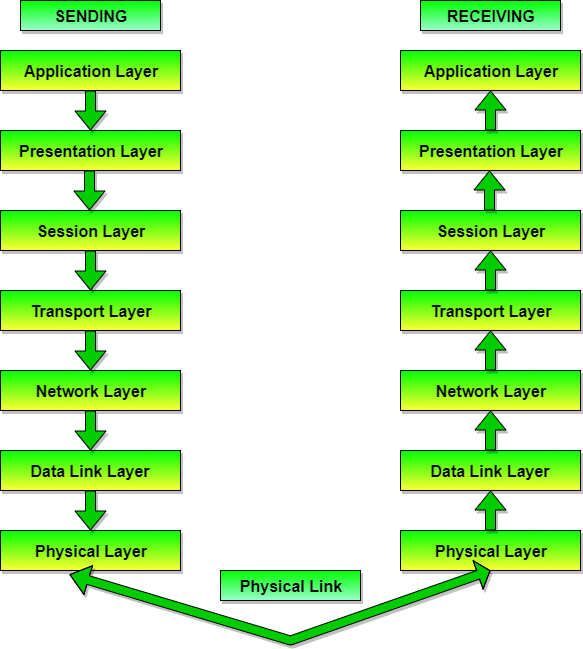 TCP/IP is transmission control protocol and internet protocol. Protocols are a set of rules which govern every possible communication over the internet. These protocols describe the movement of data between the host computers or the internet and offer simple naming and addressing schemes.

TCP/IP Reference model is explained in detail in another chapter.

Layers in the TCP/IP Model are as follows: 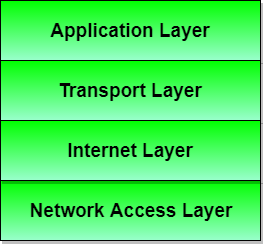