In this tutorial, we will be covering segmentation in the Operating System.

Segmentation is another way of dividing the addressable memory. It is another scheme of memory management and it generally supports the user view of memory. The Logical address space is basically the collection of segments. Each segment has a name and a length.

A Program is basically a collection of segments. And a segment is a logical unit such as:

Given below are the types of Segmentation:

Some characteristics of the segmentation technique are as follows:

User'view is basically mapped onto physical storage. And this mapping allows differentiation between Physical and logical memory.

It is possible that the operating system divides the same function into different pages and those pages may or may not be loaded into the memory at the same time also Operating system does not care about the User's view of the process. Due to this technique system's efficiency decreases.

Segmentation is a better technique because it divides the process into segments.

User's View of a Program

Given below figure shows the user's view of segmentation: 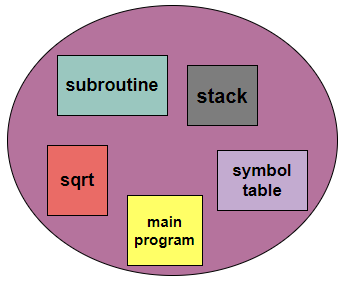 A computer system that is using segmentation has a logical address space that can be viewed as multiple segments. And the size of the segment is of the variable that is it may grow or shrink. As we had already told you that during the execution each segment has a name and length. And the address mainly specifies both thing name of the segment and the displacement within the segment.

Therefore the user specifies each address with the help of two quantities: segment name and offset.

For simplified Implementation segments are numbered; thus referred to as segment number rather than segment name.

A Table that is used to store the information of all segments of the process is commonly known as Segment Table. Generally, there is no simple relationship between logical addresses and physical addresses in this scheme.

In the segment table each entry has :

Segment Table Base Register(STBR)
The STBR register is used to point the segment table's location in the memory.

Segment Table Length Register(STLR)
This register indicates the number of segments used by a program. The segment number s is legal if s<STLR 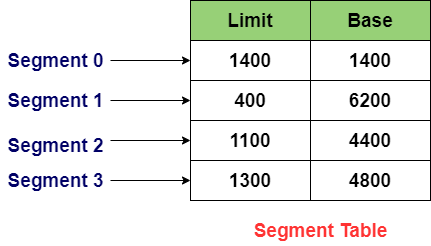 Given below figure shows the segmentation hardware : 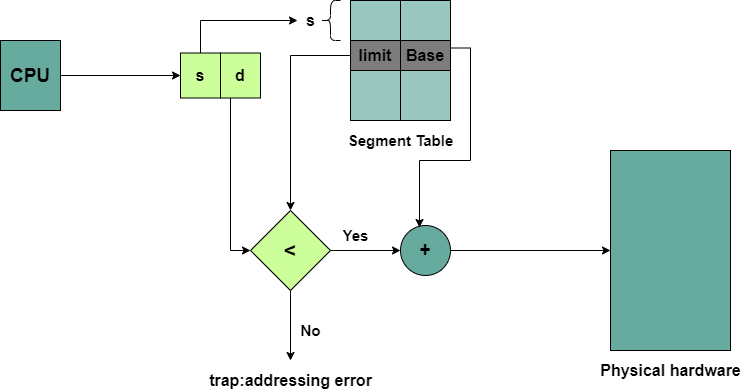 The logical address generated by CPU consist of two parts:

Segment Number(s): It is used as an index into the segment table.

Offset(d): It must lie in between '0' and 'segment limit'.In this case, if the Offset exceeds the segment limit then the trap is generated.

and segment table is basically an array of base-limit register pair.

The Advantages of the Segmentation technique are as follows:

Some disadvantages of this technique are as follows: 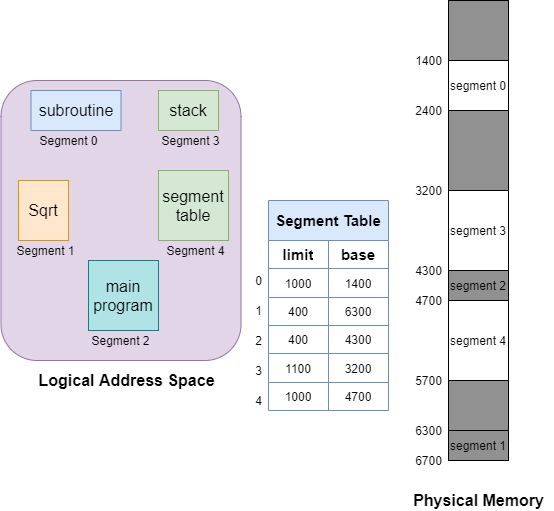 A reference to byte 1222 of segment 0 would result in the trap to the OS, as the length of this segment is 1000 bytes.