In this tutorial we will learn about the basics of Digital computers. We will cover Integrated Circuits, Digital Logic family, Encoder and Decoder etc.

Complex digital circuits are constructed with integrated circuits. IC is a small silicon semiconductor crystal, called a chip, containing the electronic components for the digital gates. The various gates are interconnected inside the chip to form the required circuit. The chip is mounted in a ceramic or plastic container and the connections are welded to the external pins to form an IC. The number of pins of IC vary from 14 to several thousand. Each pin is identified by a unique number printed on its body.

It contains several independent gates in a single package. The inputs and outputs of gates are connected directly to the pins in the package. The number of gates is usually less than 10.

It contains 10 to 200 gates in a single package. They perform elementary digital functions such as decoders, adders, registers.

It contains gates between 200 to few thousand in a single package. They include digital systems such as processors, memory chips etc.

It contains thousands of gates within a single package such as microcomputer chip.

It contains hundred of thousands of gates within a single package such as microcomputer chip.

IC's are also classified by the specific circuit technology to which they belong. The basic circuit in each technology is NAND, NOR, NOT gates.

The earliest logic family was Resistor-transistor logic which used a resistor as input and a transistor as switching device.

It is the modified form of DTL(Diode Transistor Logic), invented in 1961 by James L Buie. The diodes were replaced by transistor to improve the circuit operation. It is called transistor-transistor logic because transistor performs both the logic fucntion and the amplifying function. 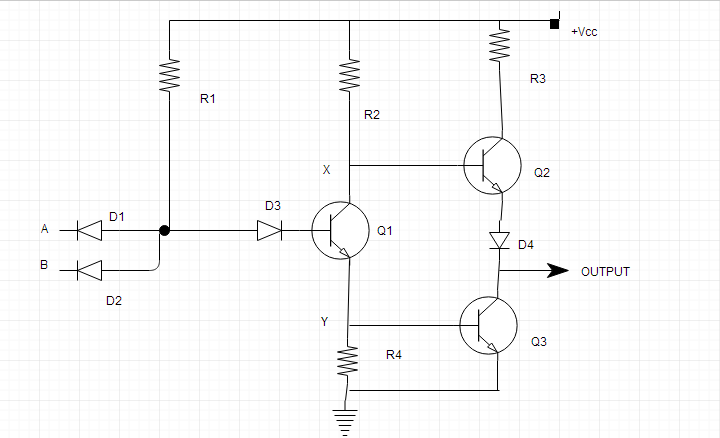 Above figure is two inputs TTL NAND gate with one output.


Some other Important points:

It provides highest speed digital circuits. It is used in systems such as supercomputers and signal processors where high speed is required. ECL uses overdriven BJT(Bipolar juntion Transistors) in its circuit. 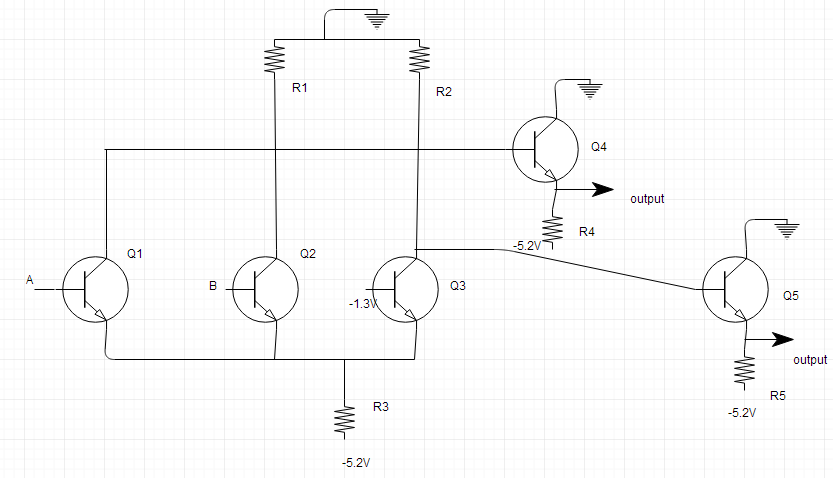 
Some other Important points:

Just like any other FET(Field Effect Transistor), they have 4 terminals: Gate, Drain, Source and Substrate.

It also falls under the category of MOS, used to construct Integrated Circuits. It uses both P and N channel MOS. It is also known as COS-MOS(Complementary-symmetry metal oxide semiconductor), as it uses complementary and symmetrical pairs of p-type and n-type MOS for logic functions. It is used in systems which require low power consumption. 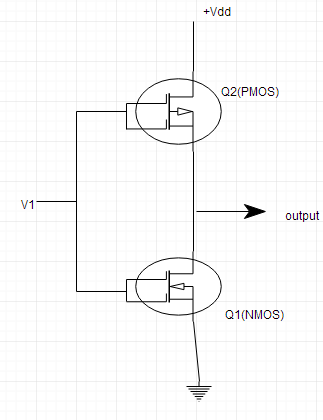 An encoder is a digital circuit that performs the inverse operation of a decoder. An encoder has 2^n input lines and n output lines. It converts octal input to binary digits.

A multiplexer is a combinational circuit that receives binary information from one of the 2^n input lines and directs it to a single output line. 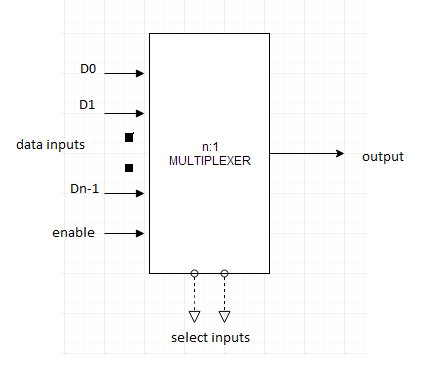 The following disadvantages arise while using multiplexer chips to expand I/O ports on an Arduino: