Vector(Array) Processor and its Types

Array processors are also known as multiprocessors or vector processors. They perform computations on large arrays of data. Thus, they are used to improve the performance of the computer.

There are basically two types of array processors:

An attached array processor is a processor which is attached to a general purpose computer and its purpose is to enhance and improve the performance of that computer in numerical computational tasks. It achieves high performance by means of parallel processing with multiple functional units. 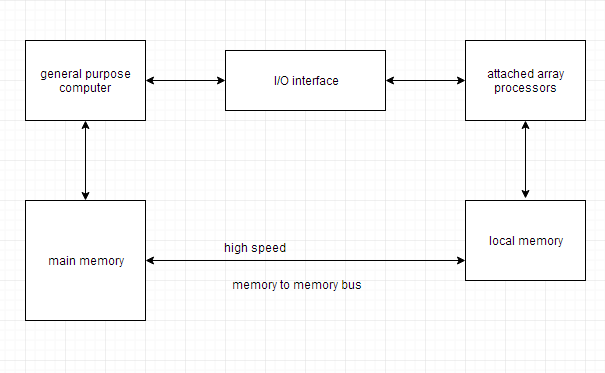 SIMD is the organization of a single computer containing multiple processors operating in parallel. The processing units are made to operate under the control of a common control unit, thus providing a single instruction stream and multiple data streams.

A general block diagram of an array processor is shown below. It contains a set of identical processing elements (PE's), each of which is having a local memory M. Each processor element includes an ALU and registers. The master control unit controls all the operations of the processor elements. It also decodes the instructions and determines how the instruction is to be executed.

The main memory is used for storing the program. The control unit is responsible for fetching the instructions. Vector instructions are send to all PE's simultaneously and results are returned to the memory.

The best known SIMD array processor is the ILLIAC IV computer developed by the Burroughs corps. SIMD processors are highly specialized computers. They are only suitable for numerical problems that can be expressed in vector or matrix form and they are not suitable for other types of computations. 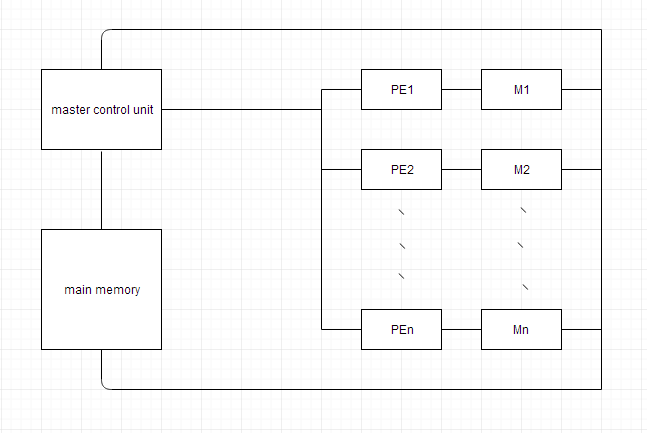 Why use the Array Processor