Channels use separate, independent and low cost processors for its functioning which are called Channel Processors.

Channel processors are simple, but contains sufficient memory to handle all I/O tasks. When I/O transfer is complete or an error is detected, the channel controller communicates with the CPU using an interrupt, and informs CPU about the error or the task completion.

The I/O processor in the IBM 370 computer is called a Channel. A computer system configuration includes a number of channels which are connected to one or more I/O devices.

Following are the different categories of I/O channels:

The Multiplexer channel can be connected to a number of slow and medium speed devices. It is capable of operating number of I/O devices simultaneously.

This channel can handle only one I/O operation at a time and is used to control one high speed device at a time.

It combines the features of both multiplexer and selector channels.


The CPU directly can communicate with the channels through control lines. Following diagram shows the word format of channel operation. 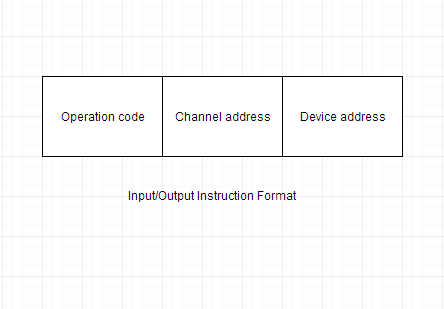