There are n numbers of users who use computer network and are located over the world. So to ensure, national and worldwide data communication, systems must be developed which are compatible to communicate with each other ISO has developed a standard. ISO stands for International organization of Standardization. This is called a model for Open System Interconnection (OSI) and is commonly known as OSI model.

The ISO-OSI model is a seven layer architecture. It defines seven layers or levels in a complete communication system. They are:

Below we have the complete representation of the OSI model, showcasing all the layers and how they communicate with each other. 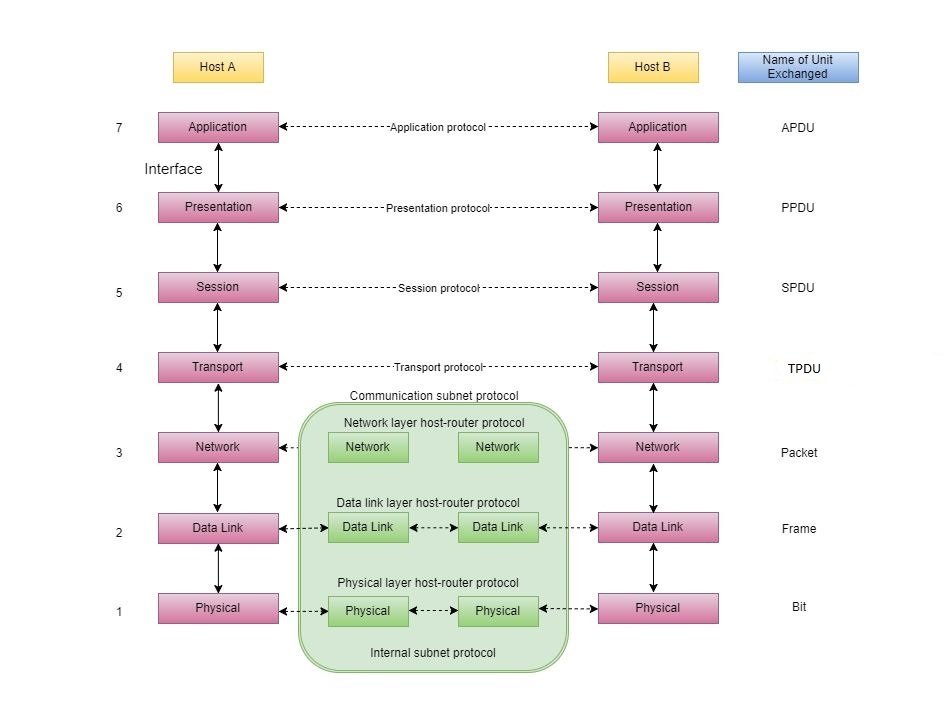 In the table below, we have specified the protocols used and the data unit exchanged by each layer of the OSI Model.

The OSI reference model has 7 layers. The principles that were applied to arrive at the seven layers can be briefly summarized as follows:

Following are the functions performed by each layer of the OSI model. This is just an introduction, we will cover each layer in details in the coming tutorials.

Transport layer breaks the message (data) into small units so that they are handled more efficiently by the network layer.