In this tutorial, we will be covering the concept of POP which is another Application layer protocol.

POP is a short form of Post Office Protocol. It is another protocol present at the Application Layer of the OSI reference model.

The POP(post office protocol) was published in 1984 by Internet Engineering Task Force. After that, it has been updated two times, because the backend developers want to make the layout simple.

The second version of POP was developed in 1985 and known as POP2 and this version needs the SMTP protocol in order to push the emails.

Then after the third version of POP was released in 1988 and known as POP3, this version does not require the SMTP protocol. The POP(Post office protocol version 3) is also integrated into famous e-mail software, like Eudora and Outlook Express.

All the incoming messages are stored on the POP server until the user login by using an email client and downloads the message to their computer. After the message is downloaded by the user it gets deleted from the server. 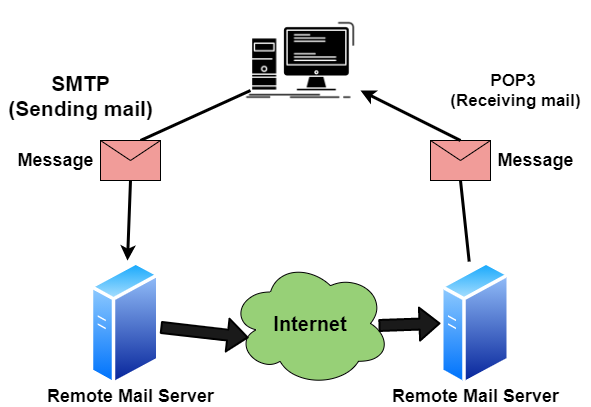 In order to retrieve a message from the server following steps are taken; 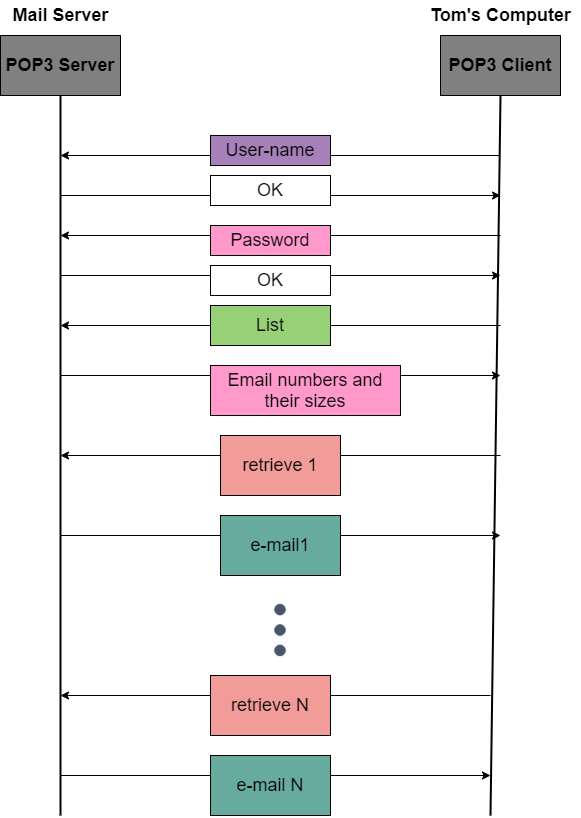 Given below are some of the features provided by the POP protocol:

Let us now take a look at the commands of POP :

Given below are the advantages offered by the POP :

Now it's time to take a look at the drawbacks of Post office Protocol(POP):