In this tutorial, we will be covering the Simplest Protocol that lies under the category Noiseless Channels in the Data link layer.

Simplest Protocol is a protocol that neither has flow control nor has error control( as we have already told you that it lies under the category of Noiseless channels).

Design of the Simplest Protocol 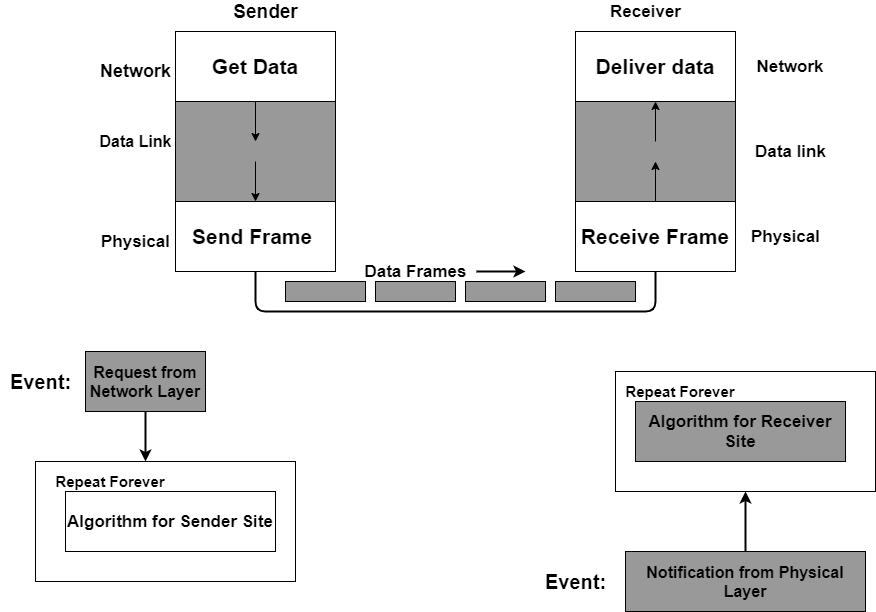 The Datalink layers of both sender and receiver mainly provide transmission services for their Network layers. The data link layer also uses the services provided by the physical layer such as signaling, multiplexing, etc for the physical transmission of the bits.

The procedure used by the data link layer

Let us now take a look at the procedure used by the data link layer at both sides(sender as well as the receiver).

Let us take a look at the algorithm used at the sender's site:

Given below is the algorithm used at the receiver's site:

Using the simplest protocol the sender A sends a sequence of frames without even thinking about receiver B. 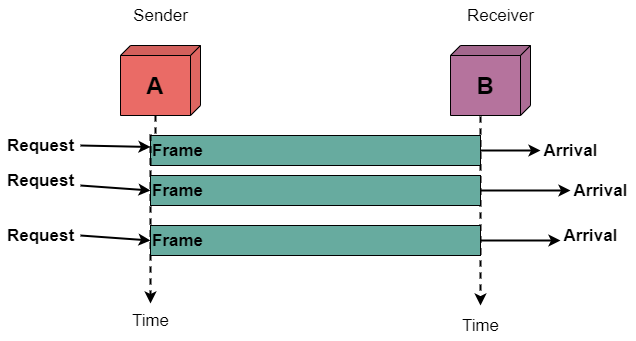 It is important to note that in the above figure the data frames are shown with the help of boxes.

The height of the box mainly indicates the transmission time difference between the first bit and the last bit of the frame.