In this tutorial, we will be covering the concept of the Network Layer of the OSI Model.

Network Layer is layer 3 of the OSI reference model. The network layer controls the operation of the subnet. The main aim of this layer is to deliver packets from source to destination across multiple links (networks). It routes the signal through different channels to the other end and acts as a network controller.

As the data link layer oversees the delivery of the packets between two systems on the same network; the network layer mainly ensures that each packet gets from its point of origin to the final destination.

It also divides the outgoing messages into packets and to assemble incoming packets into messages for higher levels.

In broadcast networks, the routing problem is simple, so the network layer is often thin or even non-existent.

The main responsibility of the network layer is to deliver individual packets from the source host to the destination host.

Given below are some other responsibilities of the Network layer.

Services provided by the Network Layer

1. Guaranteed delivery of Packets
The network layer guarantees that the packet will reach its destination.

2. Guaranteed delivery with the bounded delay
It is another service provided by the network layer and it guarantees that the packet will surely be delivered within a specified host-to-host delay bound.

3. Transfer of packets in Order
According to this service, it is ensured that packets arrive at the destination in the same order in which they are sent by the sender.

4. Security
Security is provided by the network layer by using a session key between the source host and the destination host.

Given below are some benefits of services provided by the network layer:

Let us understand the illustration of Source-to-destination delivery by the network layer: 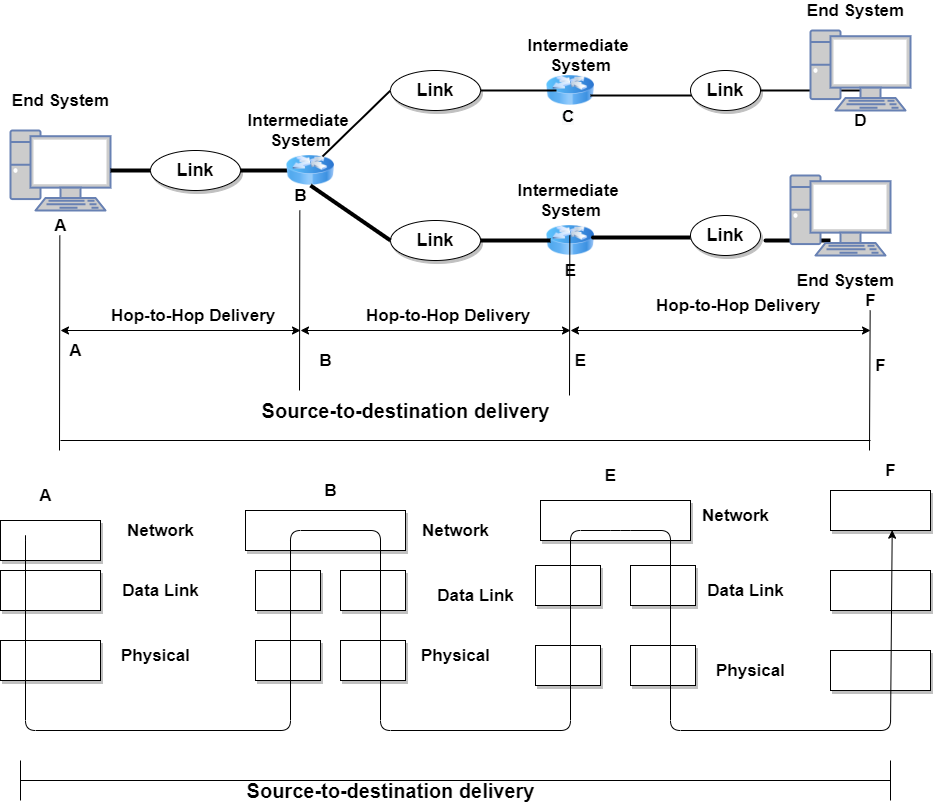