In this tutorial, we will be covering one of the most popular Internet services that is Electronic Mail(E-mail) in detail.

Electronic mail is often referred to as E-mail and it is a method used for exchanging digital messages.

Need of an Email

By making use of Email, we can send any message at any time to anyone.

The basic Components of an Email system are as follows:

Given below are some services provided by the User-Agent:

The actual process of transferring the email is done through the Message Transfer Agent(MTA).

In the first and second stages of email delivery, we make use of SMTP.

Now its time to take a look at the architecture of e-mail with the help of four scenarios:

When the sender and the receiver of an E-mail are on the same system, then there is the need for only two user agents. 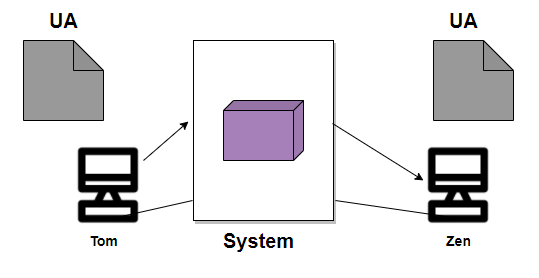 In this scenario, the sender and receiver of an e-mail are basically users on the two different systems. Also, the message needs to send over the Internet. In this case, we need to make use of User Agents and Message transfer agents(MTA).

Also in this case sender needs a User agent(UA) in order to prepare the message. After preparing the message the sender sends the message via a pair of MTA through LAN or WAN. 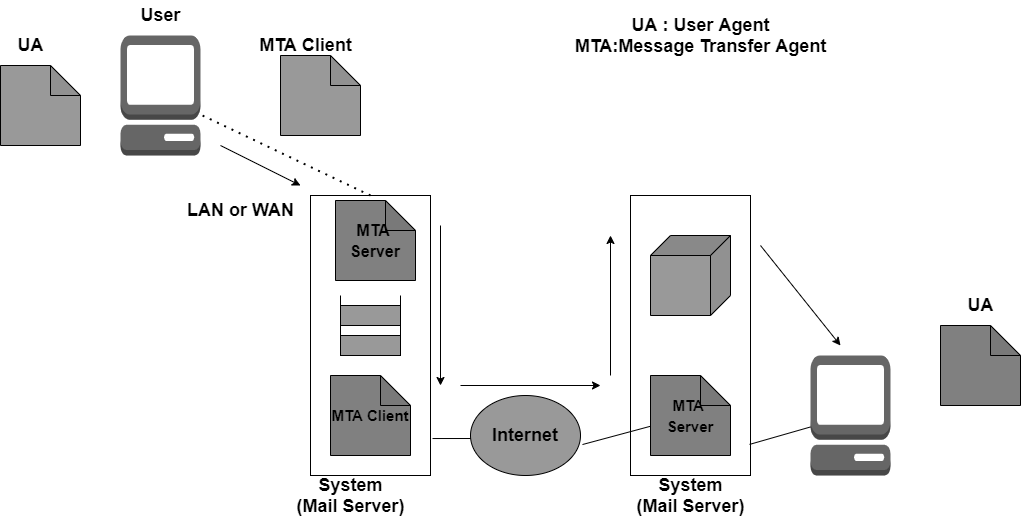 In this scenario, the receiver is also connected to his mail server with the help of WAN or LAN.

In this, the client sends the request to the Mail Access agent(MAA) server and then makes a request for the transfer of messages.

This scenario is most commonly used today. 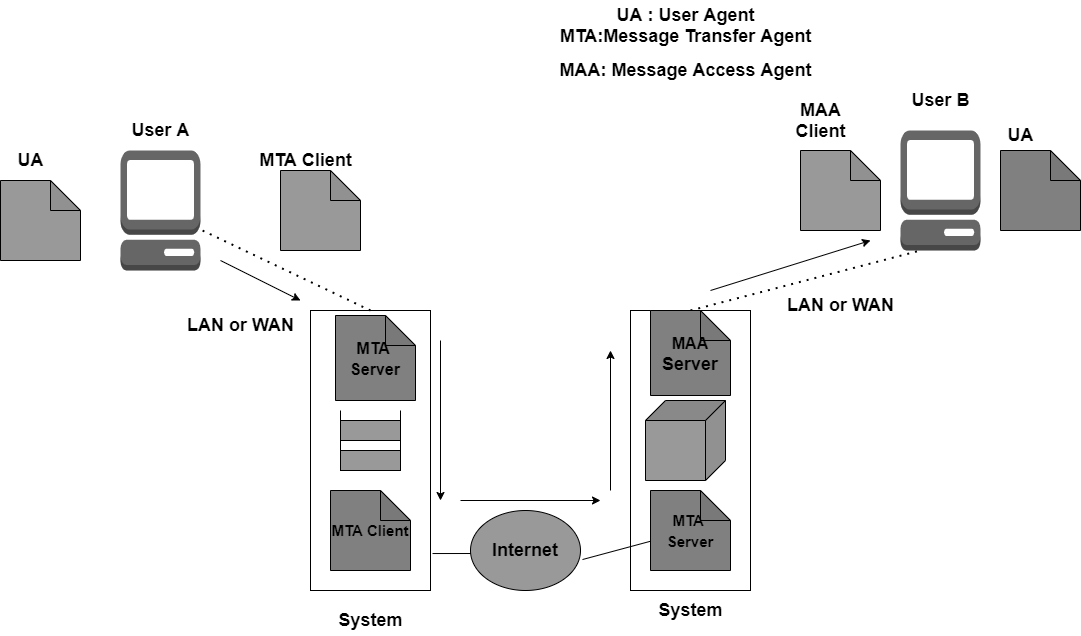 The header part of the email generally contains the sender's address as well as the receiver's address and the subject of the message.

The Body of the message contains the actual information that is meant for the receiver.

In order to deliver the email, the mail handling system must make use of an addressing system with unique addresses.

The address consists of two parts:

It is used to define the name of the special file, which is commonly called a user mailbox; it is the place where all the mails received for the user is stored for retrieval by the Message Access Agent.

It is the second part of the address is Domain Name.

Both local part and domain name are separated with the help of @.