In this tutorial, we will be covering the concept of the Transport layer in the OSI reference model in detail.

The Transport layer is the layer-4 of the OSI reference model. The transport layer is mainly responsible for the process-to-process delivery of the entire message. A process is basically an application program that is running on the host.

The basic function of the Transport layer is to accept data from the layer above, split it up into smaller units, pass these data units to the Network layer, and ensure that all the pieces arrive correctly at the other end.

Furthermore, all this must be done efficiently and in a way that isolates the upper layers from the inevitable changes in the hardware technology.

The Transport layer also determines what type of service to provide to the Session layer, and, ultimately, to the users of the network. The most popular type of transport connection is an error-free point-to-point channel that delivers messages or bytes in the order in which they were sent.

Let us now understand the process-to-process delivery by the transport layer. 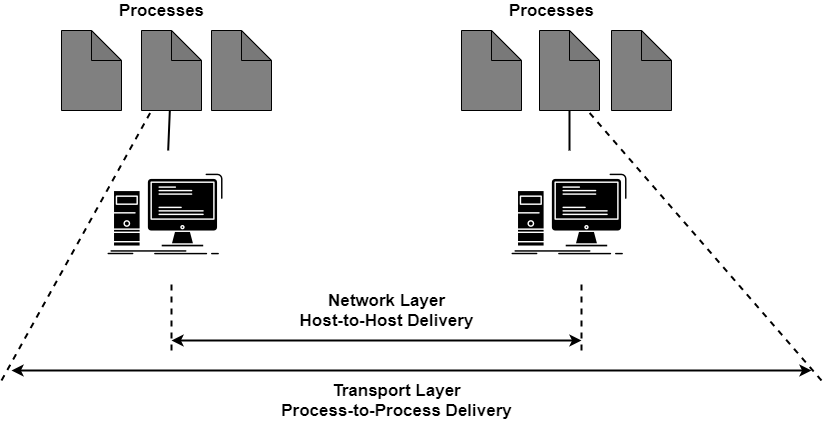 Thus the Transport layer is mainly responsible for the delivery of messages from one process to another.