In this tutorial, we will be covering the concept of Digital transmission in Computer Networks.

As we have already told you in our previous tutorials that data is represented in two forms either analog or digital. The Computer can only understand the binary language that is of the form of 0 or 1 and also stores the information in the digital form.

Thus we need to convert the data into digital form so that it can be understood by the computer.

Given below are the conversion methods used for data transmission:

As we have already told you that data can either be in analog form or in digital form. So let us learn how can we represent digital data in the form of digital signals.

Three techniques used for this conversion are as follows:

The above Figure shows Line Coding and Decoding

Line Coding schemes can be broadly classified into five categories:

In this line coding scheme, all the signal levels are on one side of the time axis. It can be either Above or Below. Basically, Unipolar Scheme was designed as a Non-Return-to-Zero(NRZ) scheme where positive voltage defines bit 1 and zero voltage defined bit 0.

The unipolar scheme makes uses only one voltage level. It is called NRZ because the signal does not return to zero in the middle of the bit.

This coding scheme is inexpensive and is simple to implement.

Thus in Polar NRZ encoding, we make use of two levels of voltage amplitude.

There are two versions of Polar NRZ: 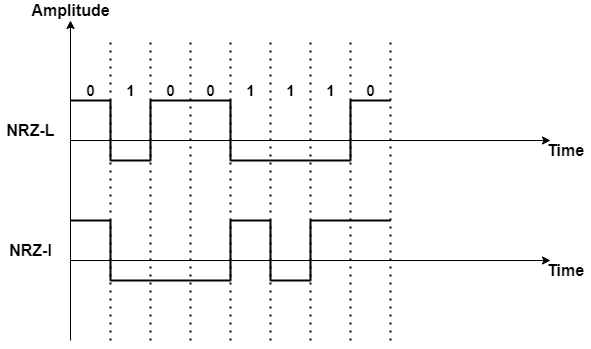 Given Below are two variations of Bipolar Encoding: 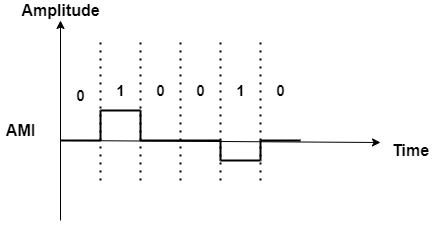 The Multilevel Coding scheme is also known as mBnL;

m indicates the length of the Binary pattern.

B denotes the binary data

n indicates the length of the signal pattern

L indicates the number of levels in the signaling.

Three different versions of this scheme are:

This technique uses three levels(+V,0,-V) and it also uses more than three transition rules in order to move between the levels.

This technique does not perform self-synchronization for long 0s.

The main problem with line coding is Redundancy. The Block Codes mainly operates on a block of bits. They make use of the preset algorithm, takes the group of bits, and then add a coded part to them in order to make them a large block.

This large block is then checked at the receiver after that receiver makes the decision about the validity of the received sequence.

This block coding technique is also referred to as mB/nB encoding.

This technique overcomes the drawback of line coding and gives better performance.

Different versions of Block Coding are as follows:

We can modify the line and block coding by including scrambling. It is important to note that scrambling as opposed to block coding is mainly done at the time of encoding.

Mainly the system needs to insert the required pulses on the basis of the scrambling rules.

Given below are the two common techniques used for scrambling:

Given below figure shows two cases of the B8ZS scrambling technique: 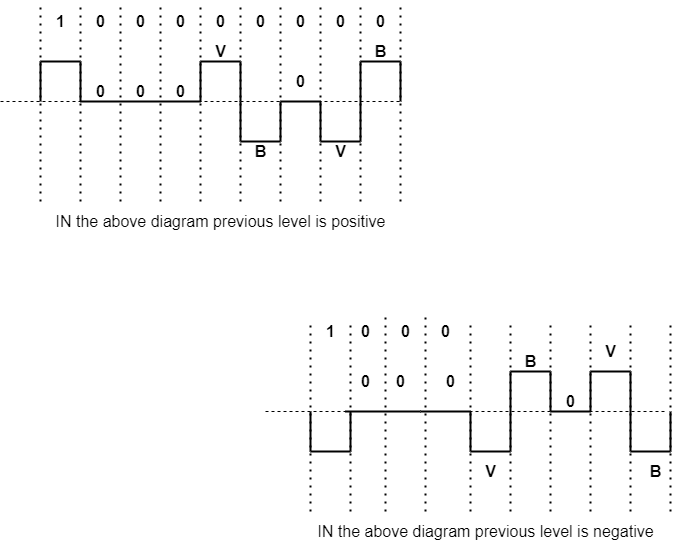 Given below figure shows different situations in the HDB3 scrambling technique: