In this tutorial, we will be covering the Random access protocols in the data link layer in Computer Networks.

Given below are the protocols that lie under the category of Random Access Protocols:

The earliest method used for random access was ALOHA and it was developed at the University of Hawaii in early 1970.ALOHA was mainly designed for radio/Wireless LAN but it can also be used for shared mediums.

As the medium is shared between the stations, when a station sends the data then the other station may attempt to do so at the same time. Thus the data from the two stations collide.

Let us now take a look at the frames in a pure ALOHA network: 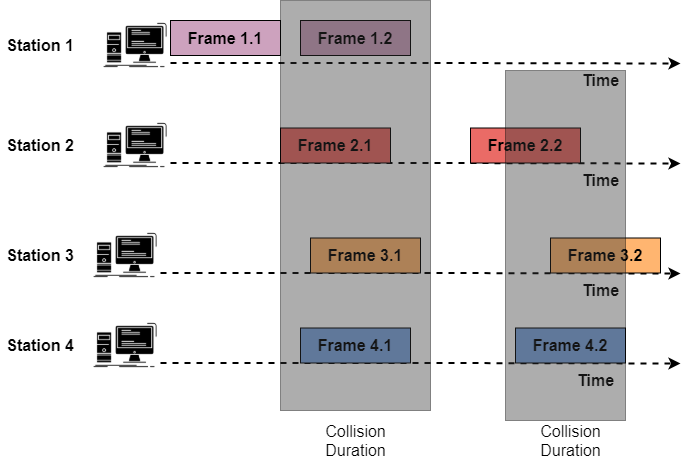 The above figure shows that there are 4 stations and each station sends two frames, thus there is a total of 8 frames on the shared medium. Among these 8 frames, there are some frames that collide with each other.

Thus there is the only frame that is frame 1.1 from station 1 that survives.

In the collision there is mainly the involvement of two or more stations, in case if all the stations try to resend the frames after the time-out period passes then all the frames will collide again.

Thus in Pure ALOHA, when the time-out period passes then each station waits for a random amount of time before resending its frame and this randomness helps to avoid more collisions and this time is referred to as back-off time (TB).

Given below is the procedure used for Pure ALOHA protocol: 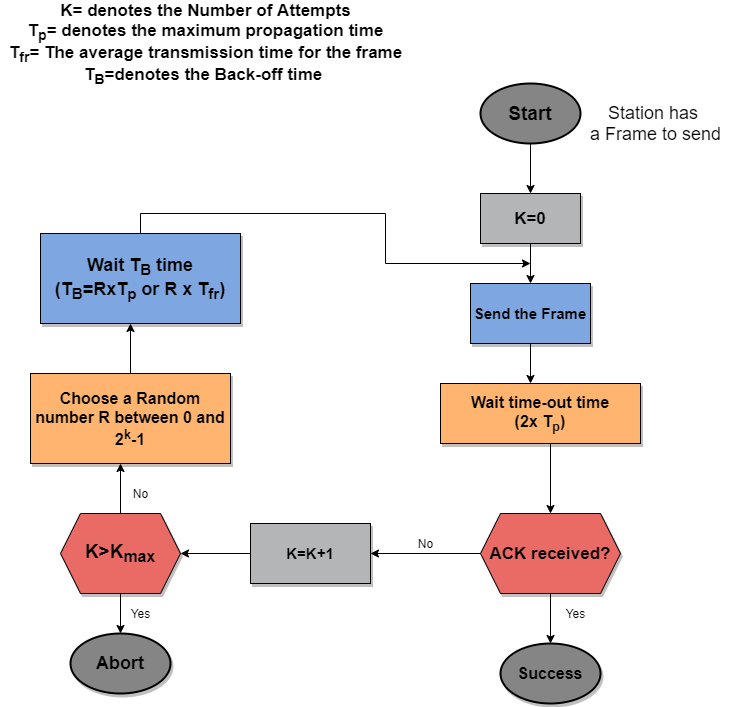 The efficiency of the Pure ALOHA is as given below:

where G denotes the number of stations that are willing to transmit the data.

It is the time when there is the possibility of collision.

And the Vulnerable time in the case of Pure ALOHA is: 2 x T fr

As the name suggests, in the slotted ALOHA the time of the shared channel is simply divided into discrete intervals that are commonly known as Time Slots. 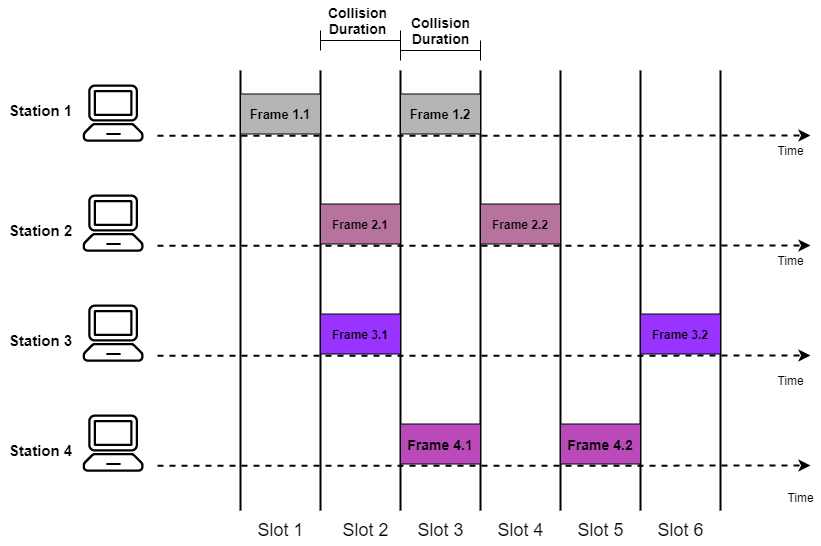 The efficiency of the slotted ALOHA is as given below:

where G indicates the Number of the stations that are willing to transmit the data at the beginning of the same time slot.

For the maximum efficiency of Slotted ALOHA put the value of G as 1 and then the efficiency comes out to be 36.8%.

Thus the maximum efficiency of the slotted ALOHA is high due to the reason that there is a fewer number of collisions.

Let us now take a look at the difference between the Pure ALOHA and Slotted ALOHA: