Getting Started With GIT

What is Git used for?

How does Git work? 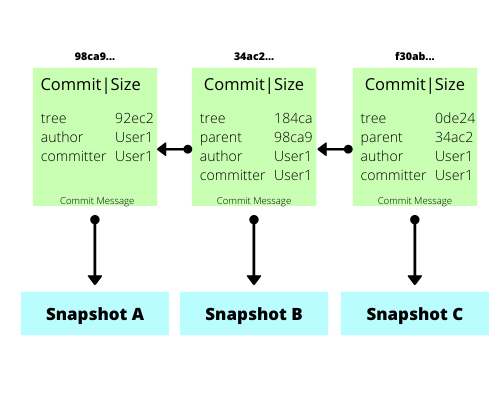 As shown in the illustration above, the first snapshot(Snapshot A) is the very first commit that has been made and so it has no parent. When another commit is made(Snapshot B), it points to the initial commit and refers to it as its parent. Similarly, the commit captured by Snapshot C points to Snapshot B.

Another important feature of Git is its Branching support. A branch is just a pointer to one of the commits or snapshots of commits that we discussed above. Branches exist so that individual contributors can start from any one of the committed versions and build something on top of it without affecting the original series of snapshots. These changes can then be analyzed and merged into the original series of snapshots. A default master branch exists that always points to the most recent snapshot. 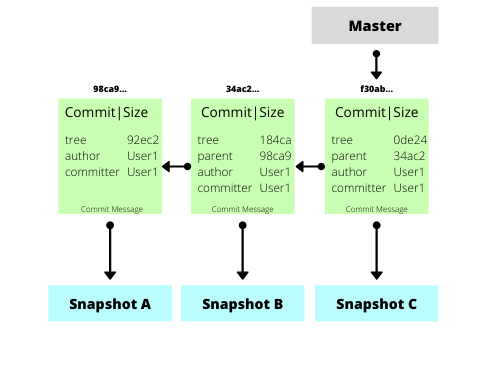 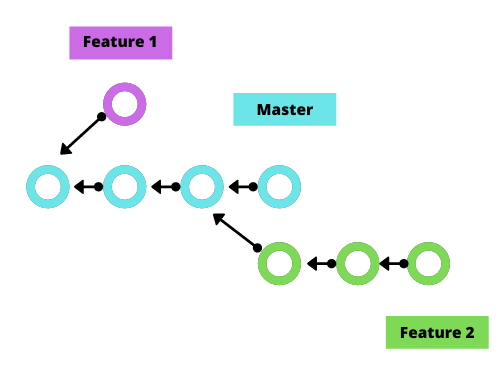 The place where we can make changes to our project like adding new files and deleting or modifying the existing files. Whenever we make any change to our files we move back to this stage.

The place where we can list the changes that we made to our files. The main aim of this stage is to segregate and organize the files that we have to commit. Changes can be made to multiple files in the working directory but we can add only those files in the staging area that we have to commit. This helps in keeping the project versions simple and easy to understand.

The place where Git permanently stores or "commits" these changes as different versions of our project. All the snapshots of the project versions are stored here along with some additional information. 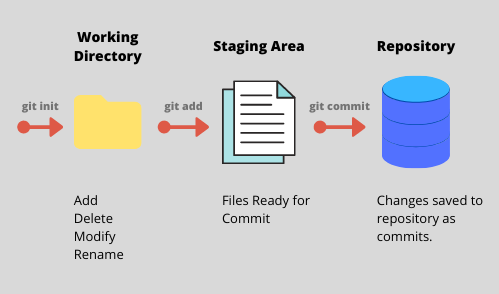 Even though Git seems like a perfect solution for many problems but it comes with its own advantages and disadvantages. Let's take a look at some of them:

Git is a powerful Version Control System used to manage projects. Git uses the concept of taking snapshots of our projects and storing them as commits. Git also provides excellent branching support which gives developers the freedom to work on a feature in an independent environment. We learned about the three stages of Git Workflow and what these stages are used for. We also discussed some important pros and cons of using Git for version control. I hope this article was helpful and you learned something new. In the next tutorial, we will learn how to install Git on your PC.