How to Create Git Branches

A branch is a pointer to one of the commits in our repository. Branches are an important part of any Git workflow. They provide an independent workspace for developers where they can experiment with things and build new features without worrying about corrupting the rest of the project. These branches can then be merged with each other or with the master branch.

Let's learn how to create branches in Git.

Let's learn how to use them for different scenarios. 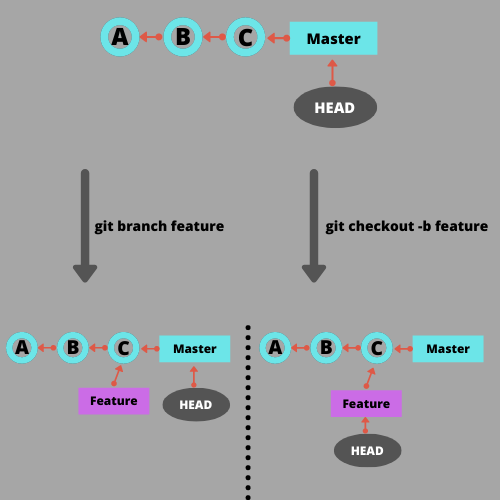 A New Branch from our Current HEAD

The HEAD is a pointer to our currently checked-out branch. It points to the most recent commit of our current branch.

To create a new branch based on the HEAD we can use the following Git Branch command. We can use the Git Checkout command or the Git Switch command in the future to switch to this new branch.

We can use the Git Checkout command to create the new branch and also switch to that branch. Use the -b flag with the command to accomplish this.

A New Branch from a Commit

A branch can also be created based on some other previous commit point. Git will need the hash of that commit to create a new branch based on it.

We can also use the Git Checkout command to create and move to that branch with a single command.

A New Branch from a Tag

A New Branch from an Existing Branch

We can also create a new branch from the tip of an existing branch. We need the existing branch's name to do this. Use the Git branch command with the -a flag to view all the branches present in the repository.

Run the Git Branch or the Git Checkout command with the name of the existing branch to create a new branch based on it.

A New Branch from a Remote Branch

The remote branch is called the Upstream Branch of our local branch and creates a tracking connection between the two. This also makes it very easy to run Git Push and Git Pull commands for these two branches easier.

A New Branch in the Remote Repository

We can also create a new branch in our remote repository by pushing an existing local branch. This will make the remote branch an Upstream Branch for our local branch. We need to use the Git Push command with the -u flag to do this.

Branches are a very useful tool in Git as they give developers the freedom to work on new features without worrying about affecting the rest of the project. Branches can be created using the Git Branch command or the Git Checkout command.

Git Checkout will also take us to the newly created branch with a single command but with Git Branch we also need to use Git Switch or Git Checkout to switch to the new branch. A new branch can be based on any commit, any tag, or any other branch. We learned how to create a new branch in a lot of different scenarios.