How to Create and Apply Git Patch Files

A Patch is a file that contains a set of changes between two files. It is based on the Unix command with the same name. Patches are mainly used to share or suggest changes in someone's repository that you don't have access to. It can also be used to save some changes as a patch and apply them to the files in your repository at an earlier or a later stage or to provide some bug fixes to other branches or repositories. Let's learn more about patches and how to use them in Git. 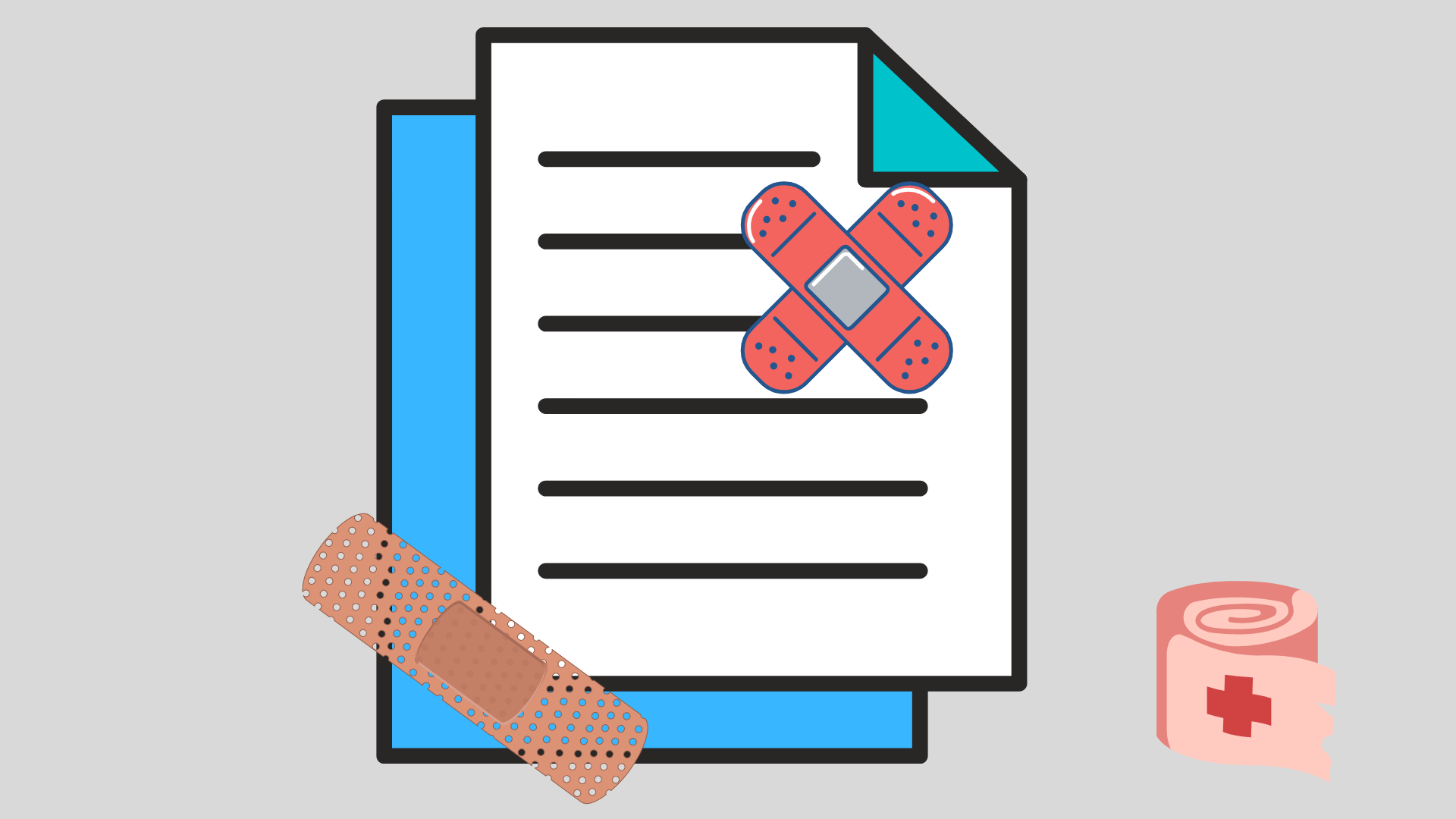 Patches can be created for files that are in the working directory(not yet committed) or we can create a patch for an entire commit or a group of commits. Let's learn how to create a patch.

To create a patch for the changes that are not yet committed we simply use the Git Diff command. As discussed above the content of a patch is similar to the Diff output.

The above command will not add the changes of newly created files that are untracked. To overcome this we can add everything to the staging area using the Git Add command and then run the Git Diff command with the --cached option.

We can also create a patch for binary files like images or videos by using the --binary option with the Git Diff command.

Take a look at the following example where we have created a new patch and we can see that its content is the same as that of the Git Diff command. 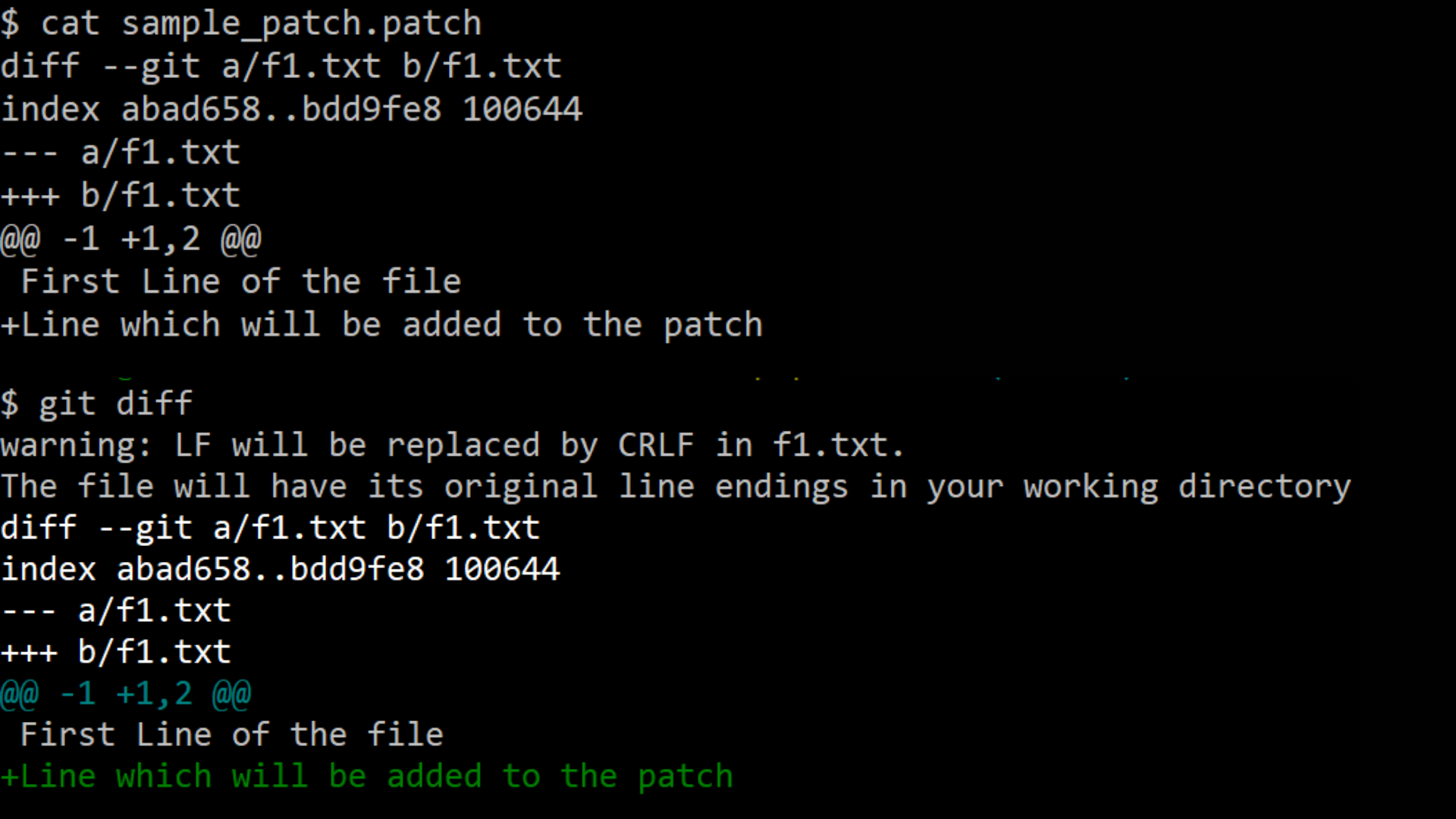 We can create a patch for changes that were committed previously. We use the Git Format-Patch command for this purpose. This command will include all the commits of our currently checked-out branch which are not a part of our specified branch. For example, in the following case, the Git Format-Patch will only include the two commits of the feature branch as the remaining three commits are also part of the master branch which we have specified in the command. 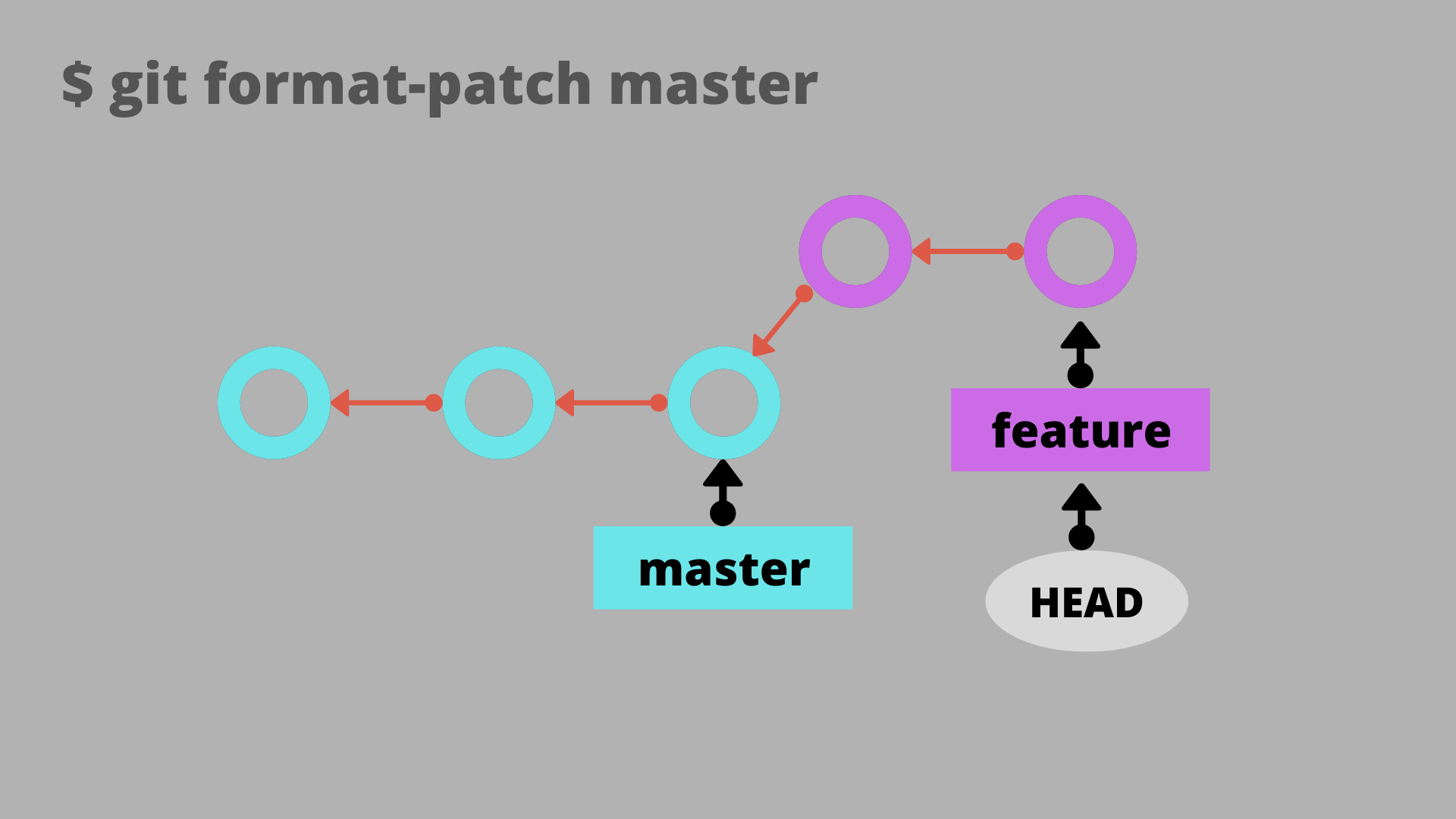 The above command will create a separate patch file for each commit. If we wish to have all the changes of all the included commits in a single patch, then we can use the --stdout option. If we don't specify the patch name then it will just display the content of the patch but will not create any new patch file.

We can also create a patch for just a single commit by using the -1 option and the commit hash.

Consider the following example in which we created a patch for a specific commit. We can see that the patch has the output of the Git Diff command but also stores additional information of the commit from which it was created. 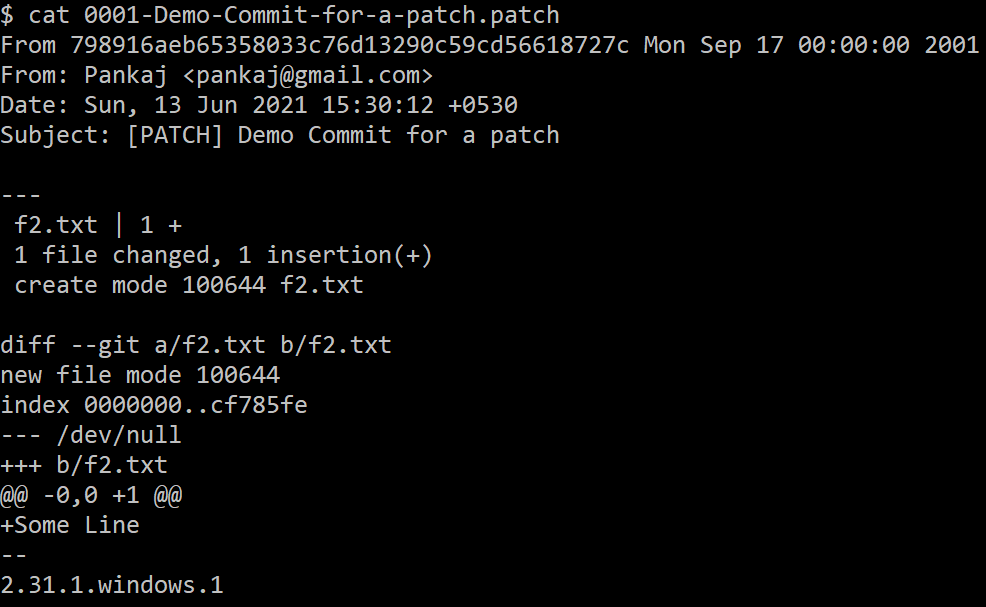 After saving a patch, we may send it to some other developer or we may need to apply that patch to some other branch or repository on our system. We can apply a patch by using the Git Am command. If the patch was created from some commits then this command will directly add those commits to our branch. But this cannot be used for applying patches that were created from uncommitted changes. Make sure that you are checked out on the branch where you want to apply the patch.

We can also apply a patch by using the Git Apply command. However, Git Apply will only apply the patch to the working directory and would not create a new commit. This command can also work for patches that are created from the Git Diff command(uncommitted changes).