Git Whatchanged is a command that is used to view the commits that we have made to our repository. It gives us information about each commit like the commit hash, the commit message, the date and time of a commit, and who made the commit. It also tells us about the files that are a part of some commit It is essentially a way of asking Git what has changed in our repository.

Git Whatchanged is a fairly straightforward command. We can use it as it is and it will display all the commits that were made. One thing to note here is that Git Whatchanged will exclude all the merge commits.

We can use the -p flag along with Git Whatchanged to see the differences made to the files that were part of the commit. It gives an output that is similar Git Diff but the commit information is also displayed.

We can also use the --since option to get the information for just a few of the previous commits. For example, the following code will get the commits made in the last one hour.

Git Whatchanged was an ancient command and has been replaced by the newer Git Log command. It can still be used and does the same job as the Git Log except for a few minor differences.

One of them is that Git Whatchanged will not display merge commits. But we can achieve the same result by using the Git Log command along with the --no-merges option. 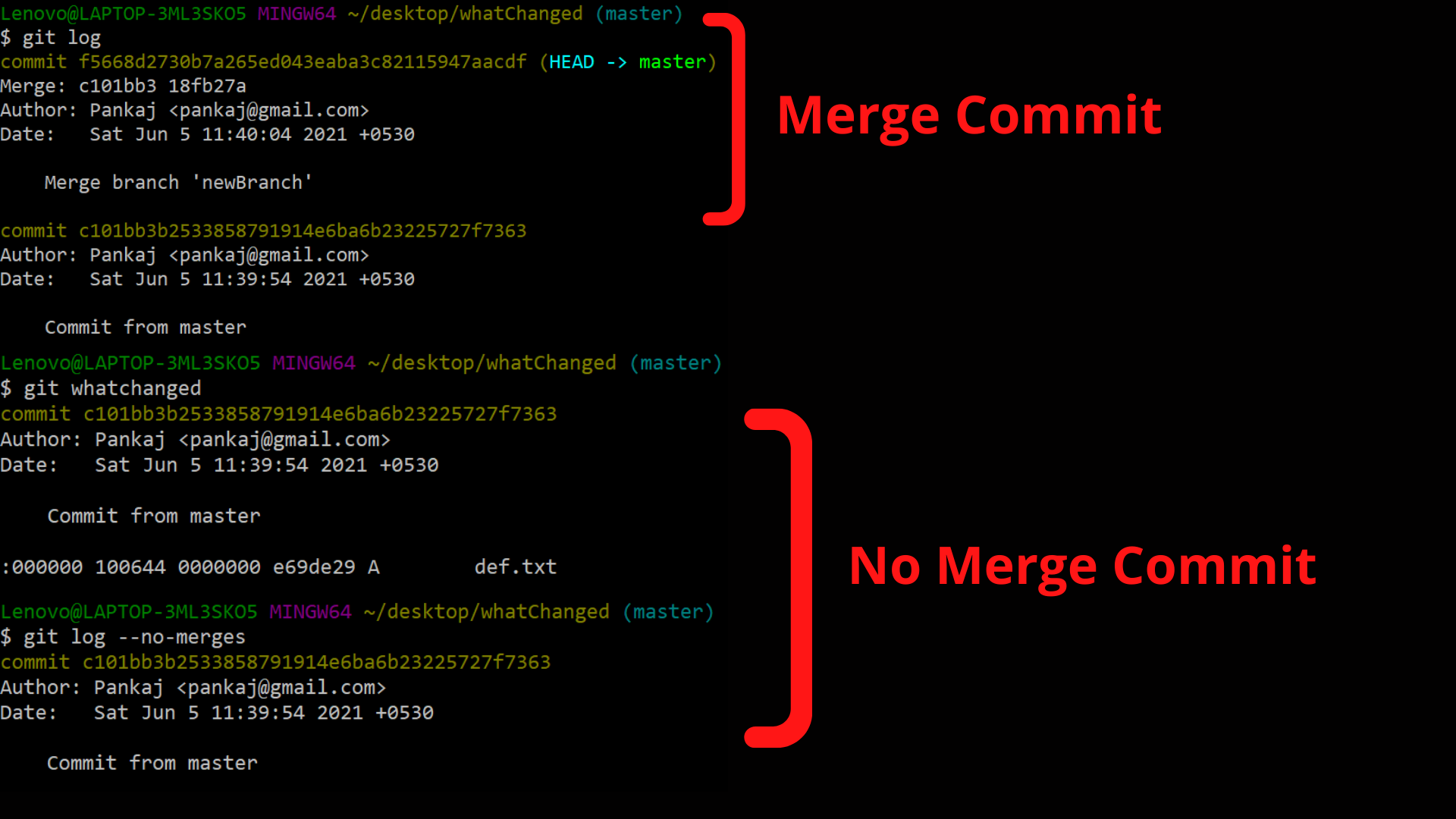 Another difference is that Git Whatchanged will also display the name of the files that were part of the commit without using any additional options. But once again Git Log can also be used to do the same thing but we will have to use the --raw along with it. 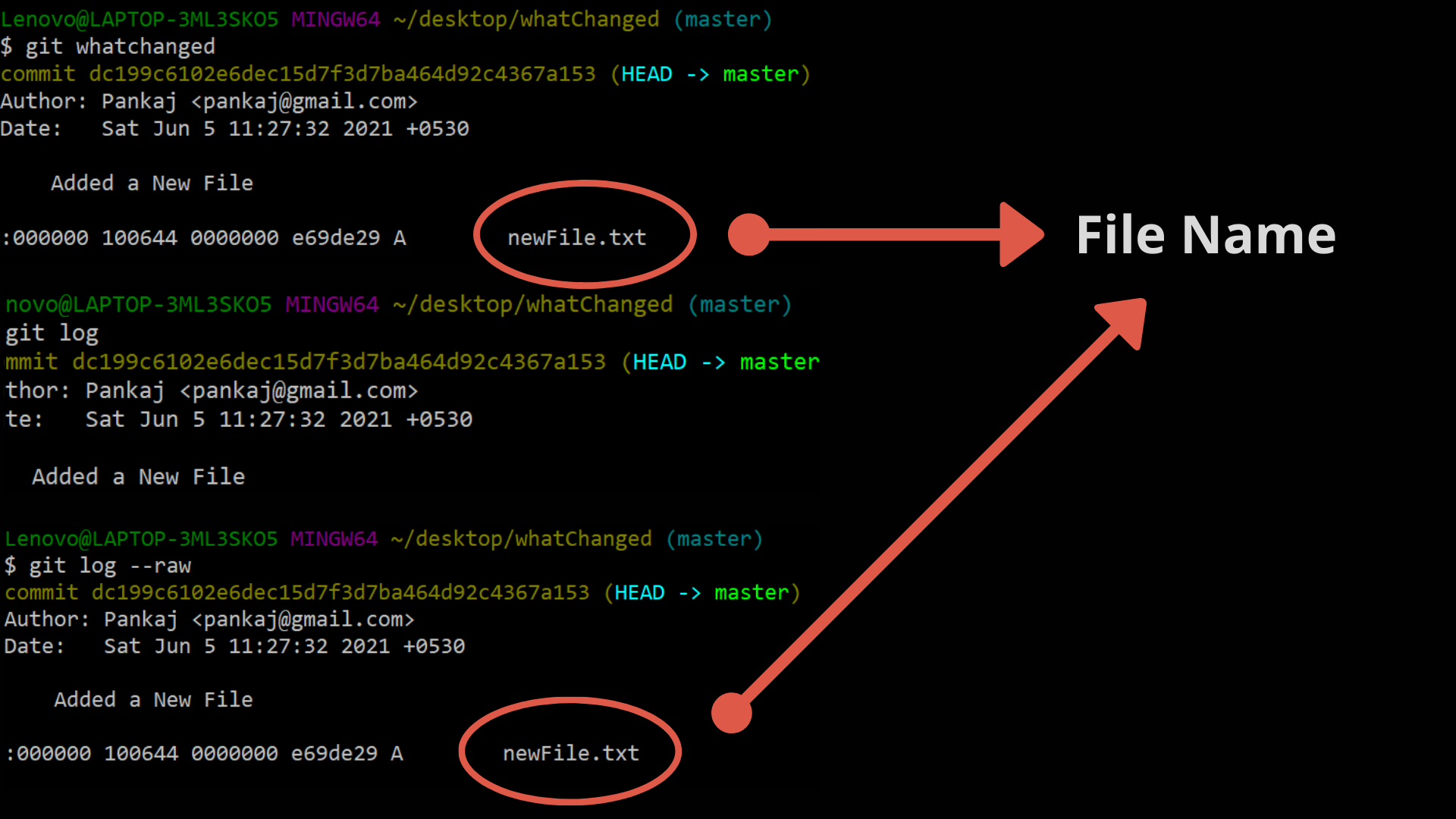 We can get the same output as the Git Whatchanged command by using the Git Log command with the --no-merges and --raw options.