Git Diff can be used to compare the changes between different entities. These entities can be files, commits, or branches. Let’s take a look at how to use the Git Diff command for these entities.

To view the changes made to a file since the last time it was staged:

The above command will not be able to tell us about the changes made to a staged file. To compare a staged file with its last committed version we can use the --staged option.

Running the above two commands without giving the file name will return the changes made to all the files.

We can compare a file that has been committed several times and see the changes made to the files for each commit. We need to know the hash of the two commits that we want to compare.

We can use the HEAD to see the difference in the versions of files for a previous commit and the most recent commit.

To see the changes between the versions of files that were previously committed and the version on which you are currently working:

We can also pass a specific file name in the above commands to compare the differences for a single file.

We can also compare the differences between different branches by using the git diff command.

We can also pass the name of a file to the above commands to compare the versions of just a single file. 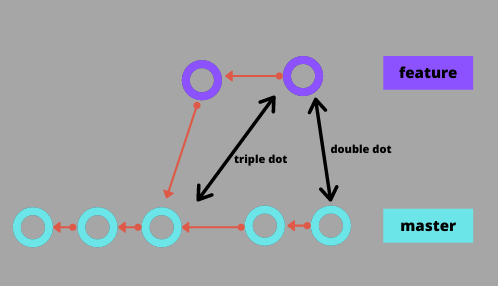 The first line denotes the two versions of the file we are comparing that we have given as input to the diff function of Git Diff. Git always names the two files as Version A and Version B.

Instead of showing the entire file, Git just displays the lines that were altered. Each part of the file that was altered is displayed as a Diff Chunk. 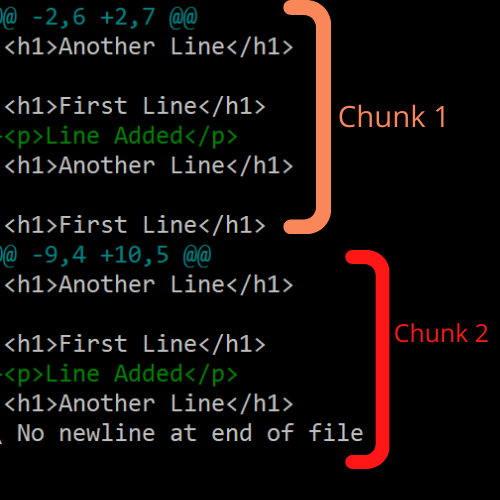 The first line of a chunk consists of a Chunk Header that describes the changes that were done in that chunk. It tells us about the lines that were added or removed from the two versions.

Consider the following example, in which the one line was deleted from version A(line in red color) and two lines were added to version B(lines in green color)

We would often find ourselves in situations where we need to compare our file to its previous versions. These previous versions could be saved on the last commit, some other previous commit, or even on some other branch. Git Diff is the command that will come to our rescue and help us to understand the differences between files. Git Diff uses a diff function that takes the two files as input and returns their differences. Understanding the output of the Git Diff command can also be a challenge when you first start using it. The Git Diff command displays the differences in the form of chunks and uses the + and - symbols to denote the two versions of the files.