How to Switch Branch on Git

We will create a new branch whenever we have to try something new with our project. Branches provide us with an independent environment where we can work without worrying about affecting the rest of the project.

To switch between branches, we will need the name of the branch. To see the existing branches in our repository, we can use the Git Branch command.

The above command will just output the names of the local branch. To check the remote branches use the -r flag. We can also use the -a flag to view all the branches locally as well as remotely. 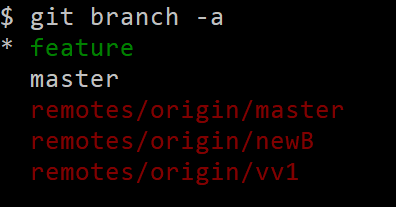 We can simply pass the name of the branch to the Git Checkout command and it will take us to that branch.

Use the -(hyphen) to switch to the previously checked-out branch. We don't need to enter the branch name when using this.

To create a new branch based on the current HEAD, use the below command.

To create a new branch based on a commit:

To create a new branch based on an existing branch:

We can also use the Git Switch command to move to a different branch.

As discussed above, we can use the -(hyphen) to quickly jump to our previous branch without entering its name.

To create and switch to a new branch, use the -c flag with the Git Switch command. We can also pass the branch name or commit hash to base the new branch on an existing branch or commit. By default, it will create a new branch at the HEAD.