Git Status is a command that displays the current status of our working directory and the staging area. It tells us what is happening in our Git repository and also tells us what should we do next. It is probably the easiest and one of the most frequently used commands.

What does Git Status do? 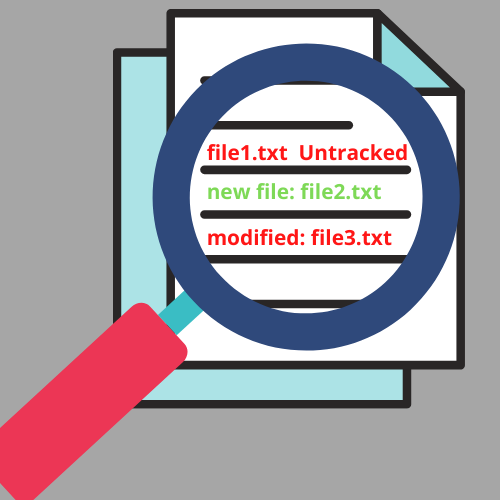 In most cases, Git Status will be used without any additional options or flags.

The output of the Git Status command can be obtained in a shorter form by using the -s flag with it. This will just return the names of the files that have changed.

By default, Git Status will not show any ignored files but we can still view them by using the --ignored option.

Let’s take a look at scenarios and the output that Git Status gives us in these scenarios.

Consider that we have just created a repository and created a new file called a.txt. Git Status will tell us that this file is untracked. The output for this case will be:

Now we add that file to the staging area. Now it will tell us that there are changes to be committed for that particular file because the file has been staged.

Next, if we modify this file then Git Status will tell us about the two versions of the file - one that was added to the staging area and one that we just modified(Unstaged).

In all of the above cases, Git Status will show us the branch on which we are working and also tell us that we have not made any commits yet. This line will get removed when we add a commit.

Git Status is a command that won’t change our repository but gives us valuable information about what is happening in our repository. It is a very simple command and in most cases, won’t even require additional flags or options. I hope that this tutorial will help you understand what Git Status does and how it helps us in understanding our files in a better way.