In this tutorial, we will be covering Switching one of the most important concepts of Computer Networks.

As we know that a network is mainly a set of connecting devices. But when we have to connect multiple devices in a network then there is a problem in connectivity and that is how to connect them so that one-to-one communication becomes possible. The one solution is to make a point-to-point connection between each pair of the device or a point-to-point connection between the central device and every other device. But the practical implementation of this solution is not possible at the time of large networks.

The better solution to this problem is Switching. Let us now move on to the concept of switching and switched networks.

In computer networks, switching is one of the most important concepts.

The mechanism by which the exchange of information between different computer networks and network segments happens is commonly referred to as Switching. 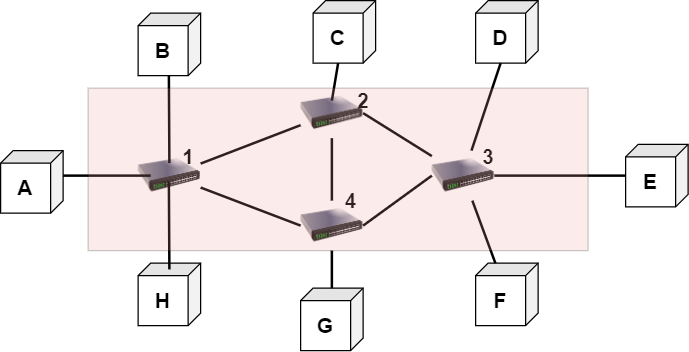 In the above figure; A, B, C, D, E, F, G, H are end systems or we can say communicating devices. And there are 4 switches labeled as 1,2,3,4. Also, you can see that each switch is connected to multiple links.

The concept of switching is needed for the effective utilization of the bandwidth. Also whenever two or more devices communicate with each other then there are many chances for the occurrence of the collision of data packets in the network; switching is the best solution for this problem.

Given below are three methods used for switching or we can say there are three switching techniques:

On the basis of the above-given techniques, switched networks are broadly classified as follows: 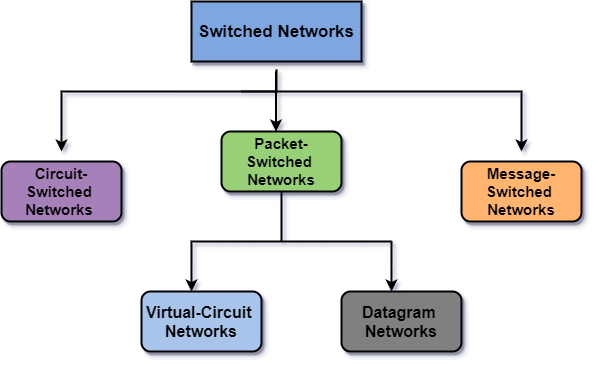 We will cover the above-mentioned in our upcoming tutorials.

Given below are some benefits of switched networks:

There are some drawbacks of using switches :