What is Interleaved Memory?

It is a technique for compensating the relatively slow speed of DRAM(Dynamic RAM). In this technique, the main memory is divided into memory banks which can be accessed individually without any dependency on the other.

Hence, CPU can access alternate sections immediately without waiting for memory to be cached. There are multiple memory banks which take turns for supply of data.

Memory interleaving is a technique for increasing memory speed. It is a process that makes the system more efficient, fast and reliable.

For example: In the above example of 4 memory banks, data with virtual address 0, 1, 2 and 3 can be accessed simultaneously as they reside in spearate memory banks, hence we do not have to wait for completion of a data fetch, to begin with the next. 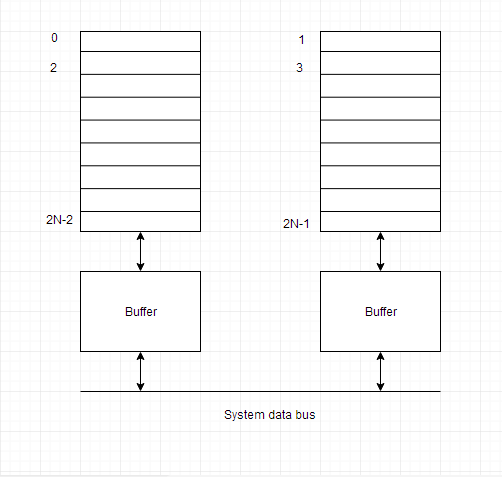 There are two methods for interleaving a memory:

Two memory blocks are accessed at same time for writing and reading operations.

Four memory blocks are accessed at the same time.