Elasticsearch has a quite simple and straightforward architecture. If you have worked with any distributed service you will find the base architecture of Elasticsearch service easy to understand.

In this tutorial we will cover the Elasticsearch architecture where we will explain what is a cluster and nodes, then how Elasticsearch processes the incoming data, what happens when we try to search some data in the Elasticsearch cluster, and we will also cover some basics of Index, Documents, Shards and Replicas.

So let's start with the basic architecture of Elasticsearch service deployment. 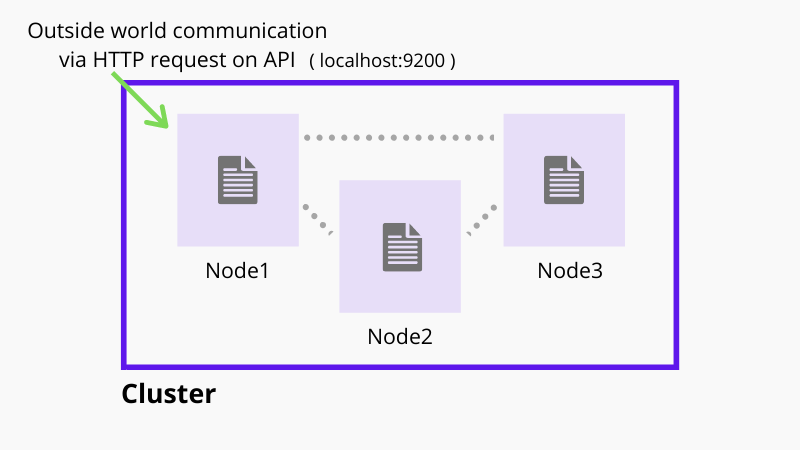 As the data is divided amongst the nodes, hence when we query Elasticsearch for some data, the query is run parallely on all the nodes.

Another interesting point which is generally confusing for many is why we have two ports 9200 and 9300 for the nodes.

The port 9200, is for REST API which is available for the incoming HTTP requests which are generally for the Elasticsearch API like query, create an index, list all indices, etc. It is recommended that we hit the master node to access the Elasticsearch API and then the master node internally communicates with the other nodes in the cluster, and that inter-node communication is done via the port 9300.