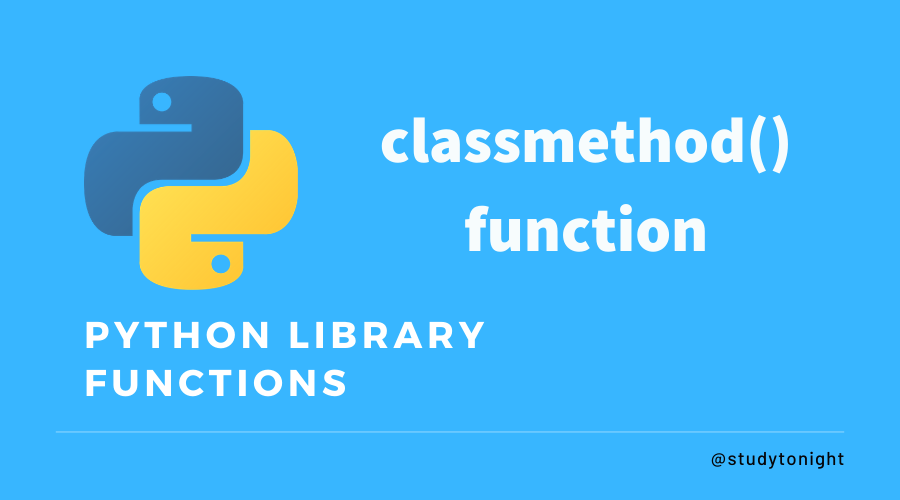 Before moving on with the topic, we have to know some key concepts.

Accessor(Getters): If you want to fetch the value from an instance variable we call them accessors.

Mutator(Setters): If you want to modify the value we call them mutators.

This is a very basic and easy method that we use regularly when we create classes in python. If we want to print an instance variable or instance method we must create an object of that required class.

If we are using self as a function parameter or in front of a variable, that is nothing but the calling instance itself.

As we are working with instance variables we use self keyword.

Look at the code below

If we clearly look at the program, the self keyword is used so that we can easily say that those are instance variables and methods.

classsmethod() function returns a class method as output for the given function.

Here is the syntax for it:

The classmethod() method takes only a function as an input parameter and converts that into a class method.

There are two ways to create class methods in python:

A class method can be called either using the class (such as C.f()) or using an instance (such as C().f()). The instance is ignored except for its class. If a class method is called from a derived class, the derived class object is passed as the implied first argument.

As we are working with ClassMethod we use the cls keyword. Class variables are used with class methods.

Look at the code below.

In the above example, name is a class variable. If we want to create a class method we must use @classmethod decorator and cls as a parameter for that function.

A static method can be called without an object for that class, using the class name directly. If you want to do something extra with a class we use static methods.

Look at the below code

Thanks for reading it till the end.