A Hash table is a data structure that is used to store the data in key-value pairs.

Consider the visual representation below: 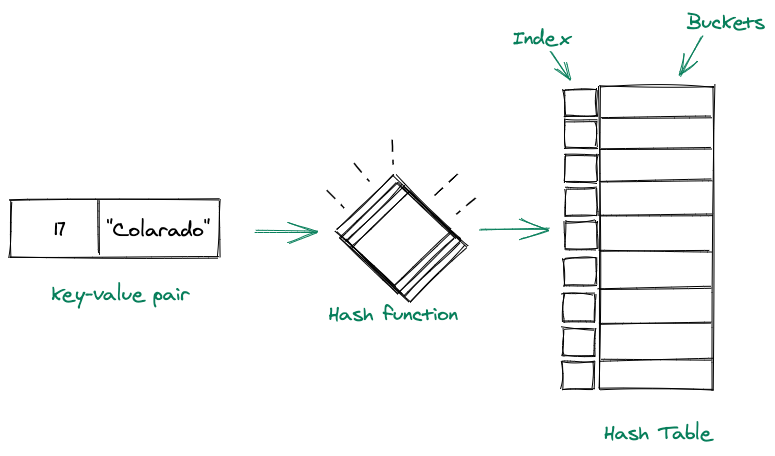 Components of a Hash Table

A hash table comprises two components in total, these are:

It is a technique in which we make use of direct address tables to map the values with their keys. It uses the keys as indexes of the buckets and then store the values at those bucket locations. Though direct addressing does facilitate fast searching, fast inserting and fast deletion operations, but at a cost.

Consider the pictorial representation below: 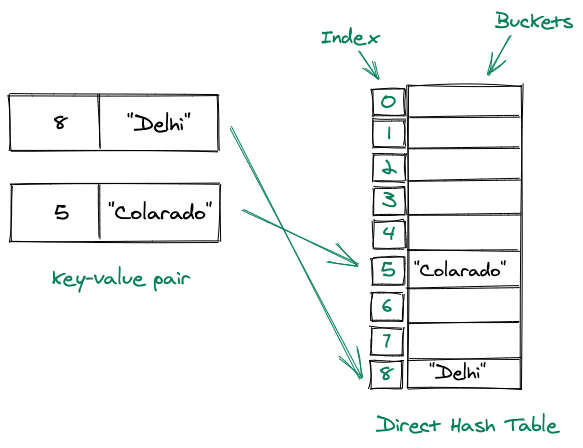 Direct addressing has serious disadvantages, making it not suitable for the practical usage of current world scenarios, which is why we make use of Hash Tables. Unlike a direct address table where we take the key as indices of the address table, we use keys in different way. We process these keys via a hash function and the result we get from that is basically the location of the bucket where we store our data. A Hash Table has different implementations in different languages, like in Java we have Hash Table, HashMap and many more, in python we have dictionaries, but no matter how they are implemented the core functionality remains the same.

Consider the pictorial representation below: 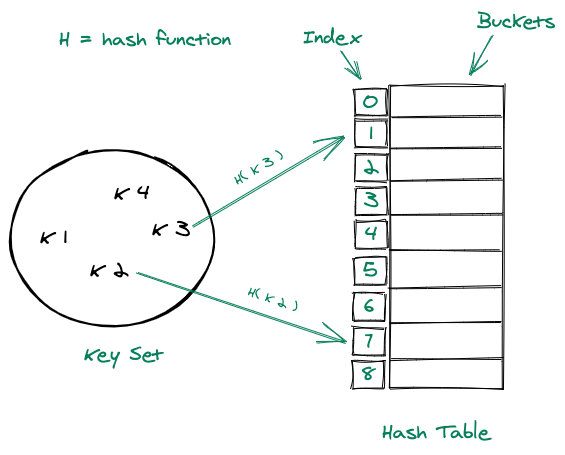 There are multiple ways with which we can handle collisions. Some of them are:

It is a technique that makes sure that if we have a collision at a particular bucket, then we check for next available bucket location(just below it), and insert our data in that bucket. 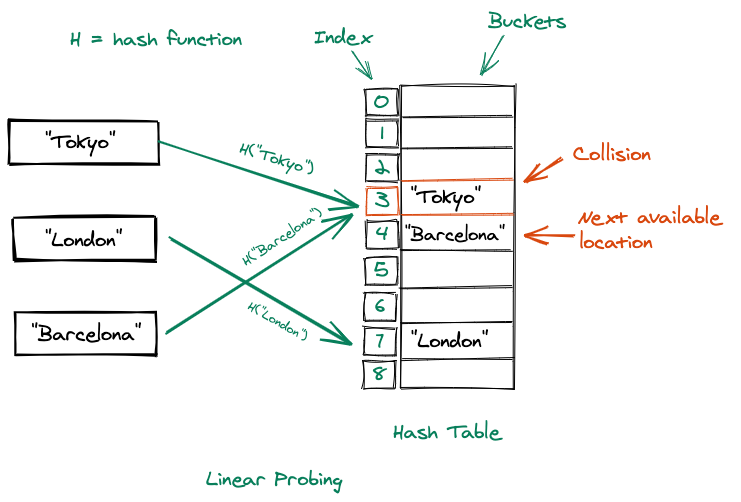 In quadratic probing the next bucket location is decided using the formula: h(k, i) = (h?(k) + x*i + y*i^2) where x and y are constants. Another way to look at this to say that the distance between the next location is increased quadratically. 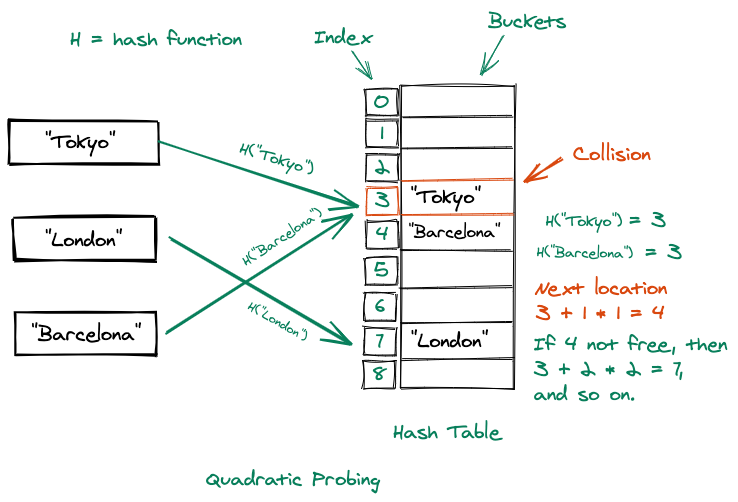 In this technique of collision handling, if at a particular bucket location a collision occurs then at that location we simply create a linked list, and the value will be added as the next node of the list. Hash table becomes an array of linked list. 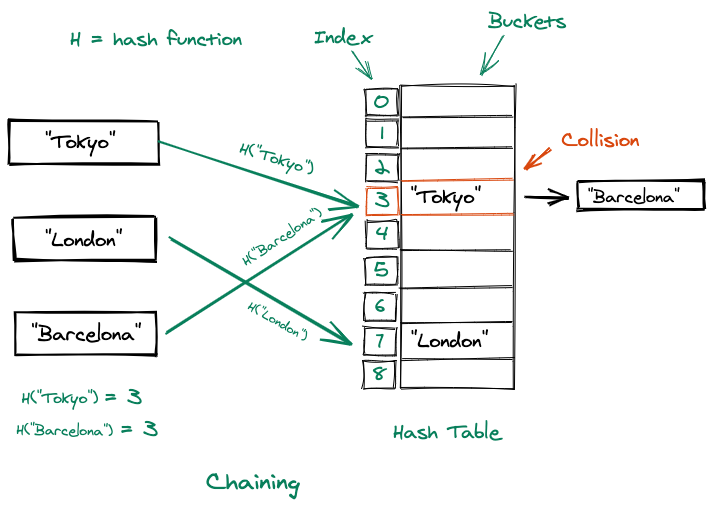 Hash Tables search time complexity makes it a perfect candidate for finding a pattern in a pool of strings.

The mapping between the name of the file in our file system and the path of that file is stored via a map that intern makes use of a hash table.