All about IP Addresses and IPv4 vs. IPv6

So let's start with an example: Consider a student Ben, who got admitted to ABC university where he got assigned a registration number, which is necessary to uniquely identify him among the other students. Universities around the world follow the same process. Just like that every machine whether it's a computer or a mobile device when connected to the internet are assigned an IP address (Internet Protocol Address). Similar to ben's registration number, the IP address is also in numeric form. 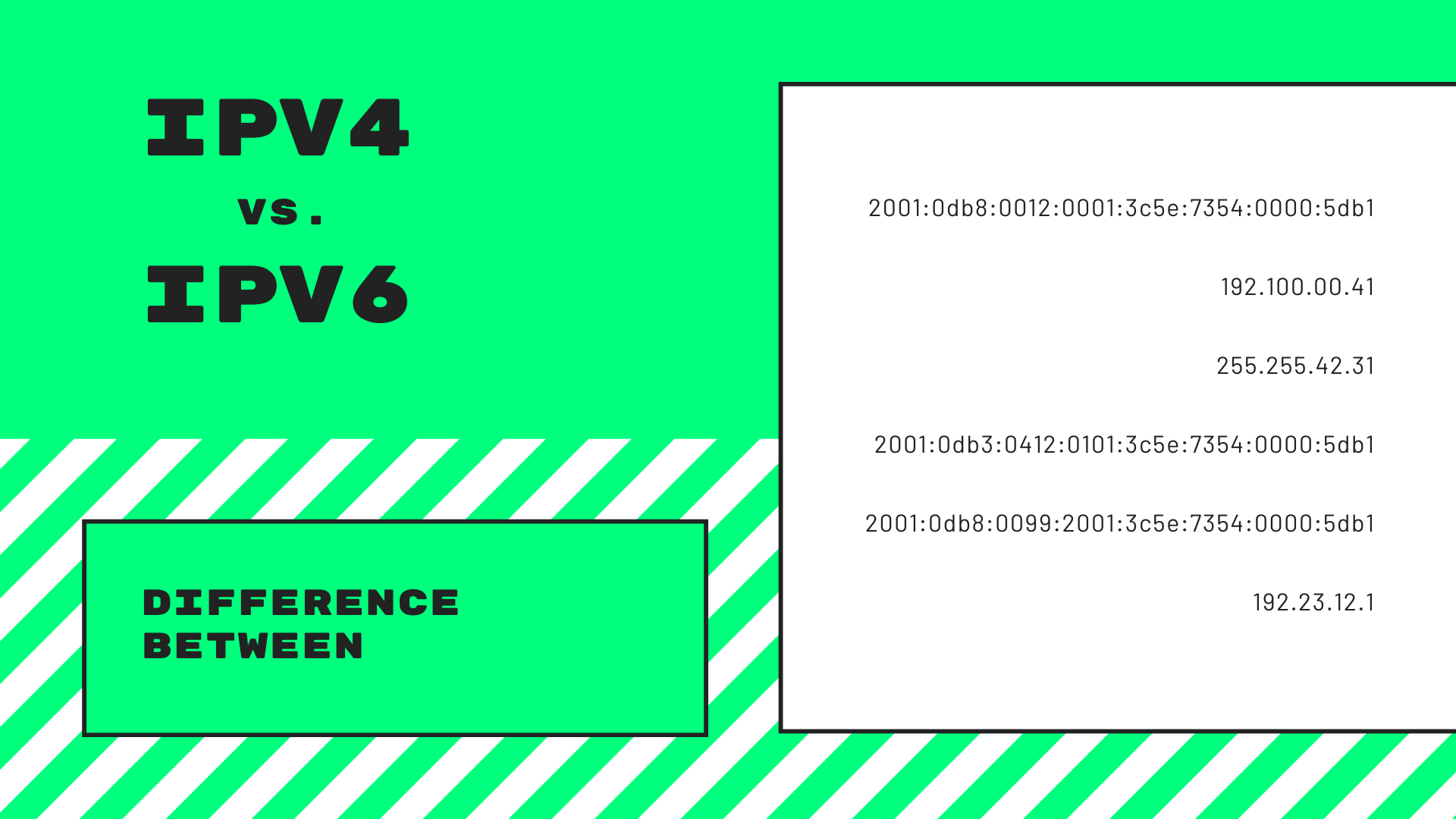 Now what will happen if Ben decides to move to a new university XYZ for higher studies, now will his registration number remain the same? Obviously not. So, in the same way, IP address changes when we move from place to place, or from network to network.

The IP address can be used to determine the location of the computer or mobile device, generally, most networks combine IP with a TCP(which is Transmission Control Protocol).

The IP address also plays an important role in setting up a virtual connection between a destination and a source machine.

There is another way in which we can represent IPv4 and that is in the form of 4-tuple of octets, which is an 8-bit segment, since 28=256.

here we have to configure a newly installed system before it can communicate with other systems. IPv4 also supports the variable length subnet mask (vlsm) which allows network engineers to divide an IP address space into a hierarchy of subnets of different sizes, enabling the possibility of creating subnets that have very different host counts without wasting large numbers of addresses

Following is the same IP address in both forms of notations.

The IPv4 addresses consist of two parts, first part the network prefix (it determines the network to which the address belongs), the second part, the host identifier, which helps to identify the host within that network.

IPv4 addresses consist of 5 classes from class A to class E. These classes differ from each other in the first 4 bits of IP addresses.

It is a dynamic routing protocol (automatically select the best route to put into the routing table) which uses hop count as a routing metric to find the best path between the source & the destination network. In IPv4 RIP is a routing protocol supported by the routed daemon.

The IPv6 consists of 8 header fields. In an HTTP transaction, the components of the header section of the request, as well as response messages in the hypertext transfer protocol (HTTP) which defines the operating parameters, are HTTP header fields. Here the length of header field is 40 bytes. IPv6 address does not consist of the checksum field. And as we have seen above in IPv4 the five classes from class A to E, IPv6 allows storage for an unlimited number of IP addresses. In IPv6, the configuration part is optional, which depends upon the functions required, unlike IPv4 where we have to configure a newly installed system before it can communicate with other systems.

Following is the same IP address in both forms of notations.

In IPv6 representation, we have three addressing methods which are unicast, multicast & anycast. Unlike IPv4, IPv6 does not use broadcast addresses

Unicast Address: Unicast Address determines a single network interface. A packet sent to a unicast address is delivered to the interface which is identified by that address.

Multicast Address: Multicast Address is used by multiple hosts which are known as Groups, which acquires a multicast destination address. It is not necessary for these hosts to be geographically together. If any packet is sent to this multicast address, then it will be distributed among all the interfaces corresponding to that multicast address. Also, multicast addressing provides additional optimization for the delivery of services. Device mobility, security, and configuration aspects are aspects that have been considered in the design of the protocol.

Anycast Address: Here, The Anycast Address is assigned to a group of interfaces. Any packet sent to anycast address will be delivered to only a single member interface (it is generally the nearest host possible).

The routing information protocol discussed above does not support IPv6 instead it uses static routes.

Difference between IPv4 and IPv6

Following are some of the differences between IPv4 and IPv6:

Due to all these differences, the IPv4 & IPv6 cannot communicate with each other but they can exist together on the same network, that network is known as a dual-stack network. With this comparison, we can have a better understanding of IP addresses and their versions IPv4 & IPv6. As the users are increasing on a very huge level, switching from IPv4 to IPv6 supports the growing number of devices.

But eventually, we all have to switch to the IPv6 cause it offers more transparency, improved mobility & mandated security, and as you can see in the above-mentioned table that IPv6 provided unlimited IP address classes that are necessary as network users are rapidly increasing day by day.