Linear regression and Predicting Values based on a Training Dataset

Now to some expressions. Consider the previous car example where we have different models of cars and their second-hand buying price. Slightly modifying it, we add the price when the car is newly purchased and the second hand selling price. Here, let us assume that after an year, the selling price of the car drops by 30 percent, hence the second column. This, for example purposes, now forms our training data set. 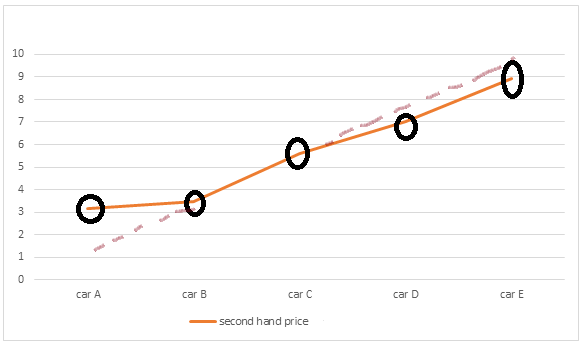 y – let ‘y’ denote the output variables. In simple words, it is the output/ target variable that the algorithm will predict

(x,y) denotes a single row of training data set. You can access the ‘i’th row using [x(i), y(i)], where I represents the row number, starting from 1.

How does Supervised Learning algorithm work?

We first feed the above training data set to the learning algorithm and gives us the output by using a function which is called “hypothesis”. This function has been named so since long and no one really thought of changing the name, hence the word “hypothesis”. What this hypothesis function does is, it takes an input, and tries to provide an estimated value for the corresponding y. Simply put, hypothesis is a mapping function from x to y. it is essential to decide how to represent the hypothesis function.

The linear equation assigns one scale factor to each input value or column, called a coefficient and represented by the capital Greek letter theta . One additional coefficient is also added, giving the line an additional degree of freedom (e.g. moving up and down on a two-dimensional plot) and is often called the intercept or the bias coefficient.

In other words, this kind of regression model is also known as univariate linear regression. This means that there we are predicting the output as function of one input variable (x). There are other complex models, but it is suggested to start with the simplest of all, the linear regression that involves just one variable.

Given the training data set, now it is required to predict the value of a new “CAR E”, whose selling price, when new, has been provided. The above equation can be re-written as following, where

(theta 1) will stabilize the parameters of the model.

(theta 1) , it is a trivial task to predict or rather calculate the value of the hypothesis functon. 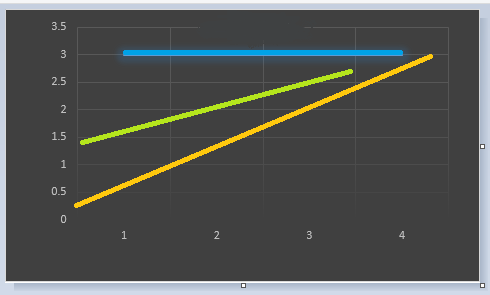 In linear regression, we have a training set and it is required to come up with values for the parameters

(theta one) so that the straight line we get out of this, corresponds to a straight line that fits the data properly. Fitting proper values to get a decently straight line will be discussed in the coming post.