Linux Vs Windows: Difference Between Linux and Windows

Are you also confused between Windows and Linux and are wondering which is better? Then, this article is for you. Here, in this article, we will compare Linux and Windows. But before moving towards the differences let us first discuss each of these operating systems in a detailed manner.

The Windows Operating System was released by Microsoft in the year 1985 and is still one of the largest used operating systems around the globe. It was released for both home computing and personal work. Therefore, it allows users to watch movies, play games, view and store files and provides a way to connect to the internet. It is straightforward and easy to use. The first version of Windows was introduced as 1.0 and the latest version as of October 2020 is Windows 10. Each version includes a graphical user interface that allows users to view files and folders in windows.

These are the following features offered by Windows:

These are the following limitations of Windows:

Linux is an open-source operating system that directly manages the system's hardware and resources. It was first released in September 1991 by Linus Torvalds. It sits between applications and hardware and makes the connections between all of your software and the physical resources that do the work. It is free of cost. Not only that but it also contains many separately developed elements that are free from proprietary code.

These are the following features offered by Linux:

These are the following limitations of Linux:

Key Difference Between Linux and Windows: 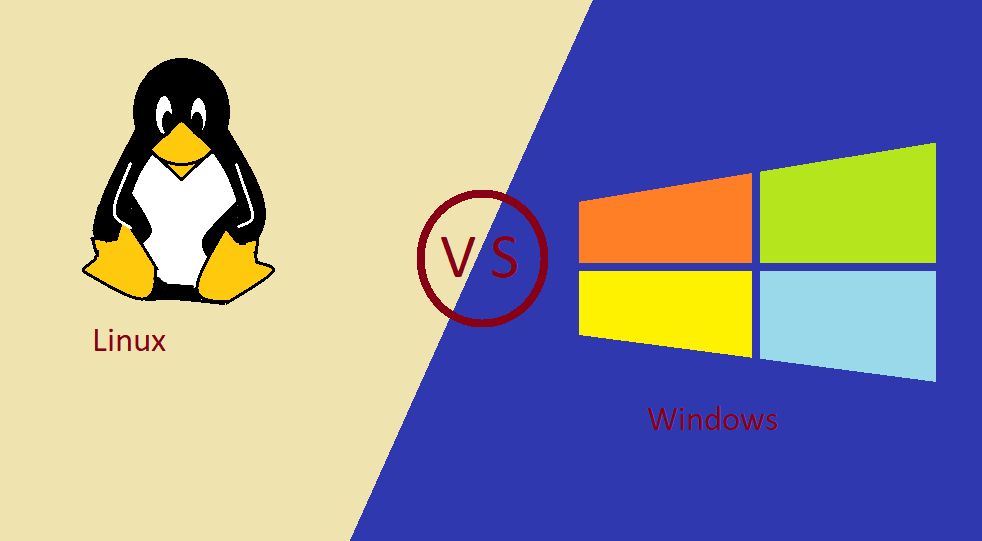 These are the following differences between Linux and Windows:

Let us look at the comparison chart for our better understanding.

Hence, we have discussed both the operating system in a detailed manner. I hope this article will help us decide which one to choose.