Step by Step Guide to Install Git on Windows 10

One thing I personally like about Git is, that it may be difficult at times to get out of wrong commits or merging or rebasing, etc. but if you are using Git, you can throw your worries out of the window that it will do anything wrong to your code repository.

It may, at times, irritate you as a developer, but for your code repository, Git is the best friend.

If you are working with Linux or Mac OS, installing Git is a piece of cake, but for Windows, we have to run the installer .exe file which involves many steps, so I thought if preparing this guide to help you to install Git on Windows without any trouble.

We begin by downloading the Git Installer executable from here: https://git-scm.com/download/win

Once you have downloaded the correct version based on your Operating system, double click on the .exe file to begin installation. Install Git on Windows 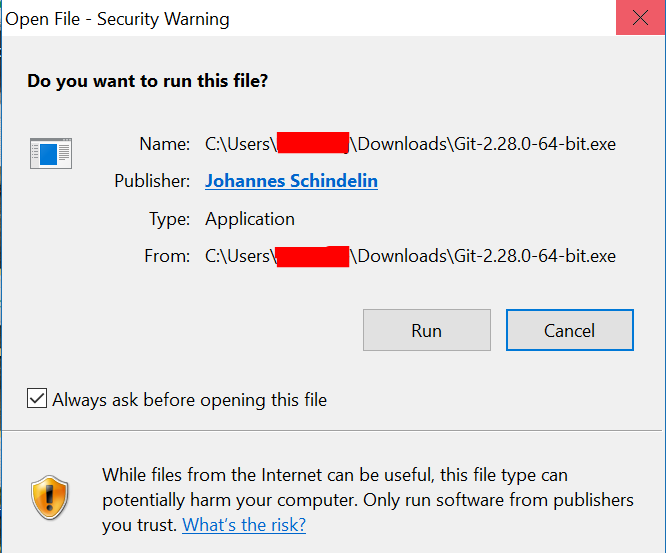 Then you will see the Public licence, which you need to accept. Click on Next to move on to the next step. 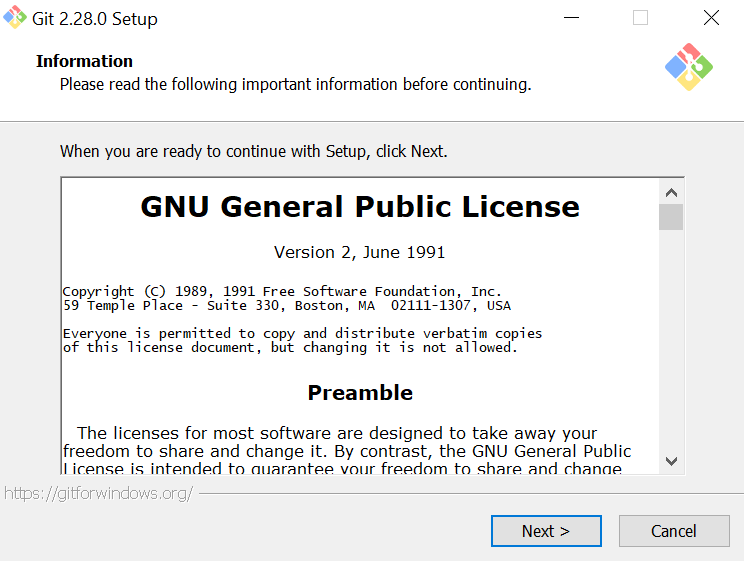 Then you will be asked to decide the location in your computer where you want Git to be installed. You can change this if you want and if it is OK, the click on Next to move on to the next step. 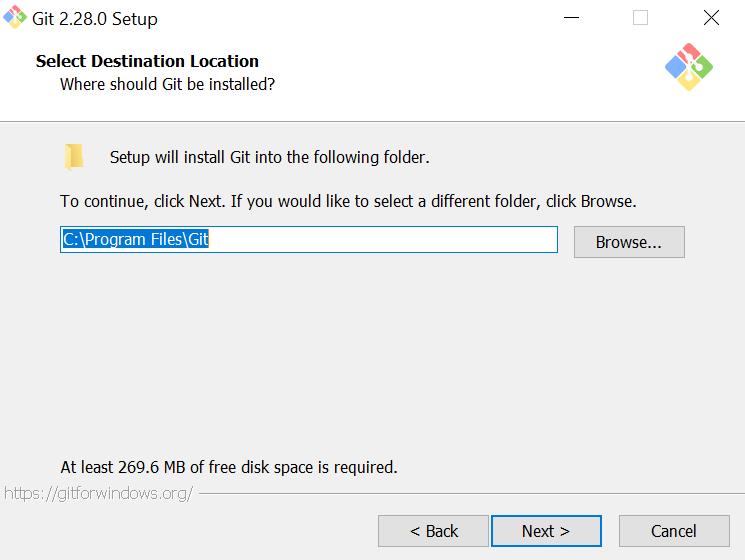 In this step, we can configure what components we want to be installed like Git Bash, Git GUI, etc. 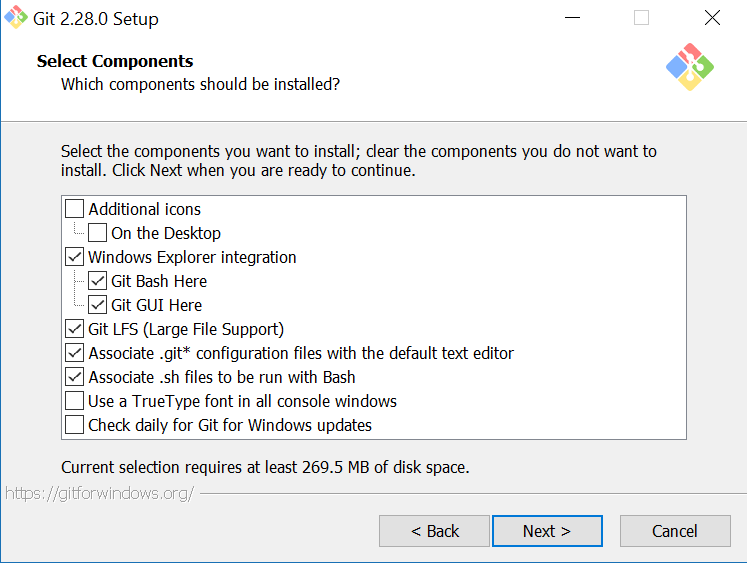 In this step, you are just being asked for the Start Menu folder, keep the default value and click on Next. 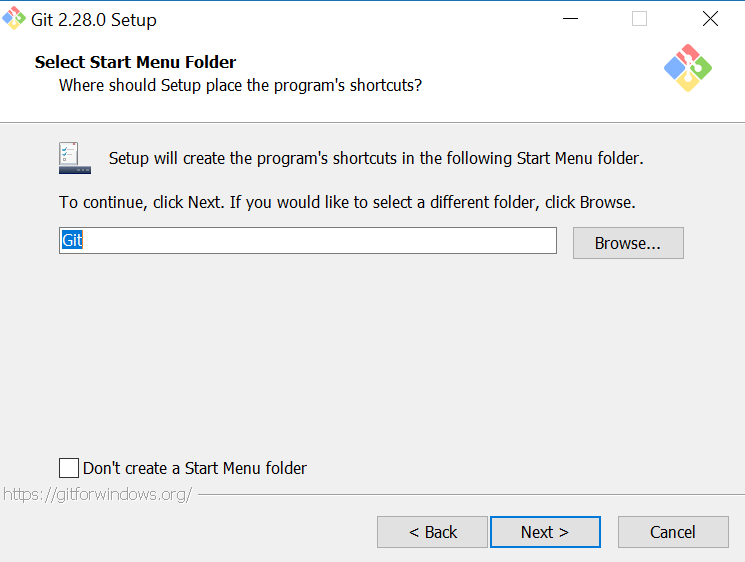 I personally like Vim editor, but if you like Nano or some other editor, you may choose it, if it is available in the dropdown. Click on Next to move on to the next step. 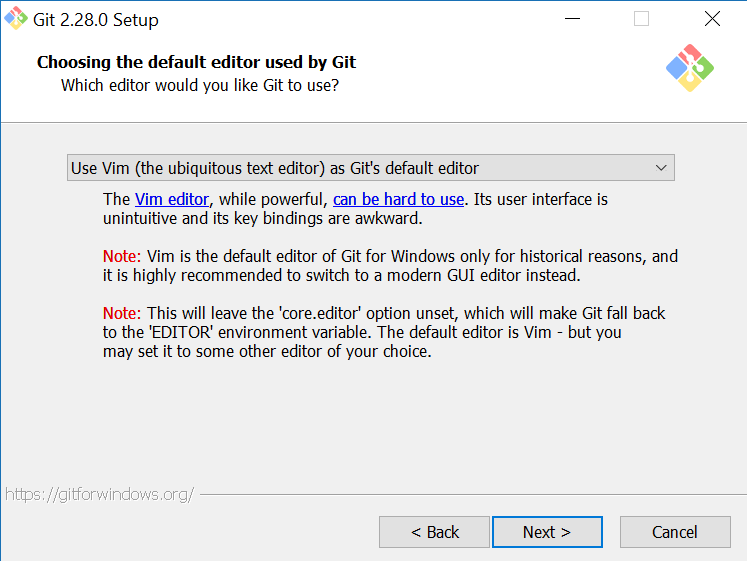 Again for this step, we will stick with the recommended setting. 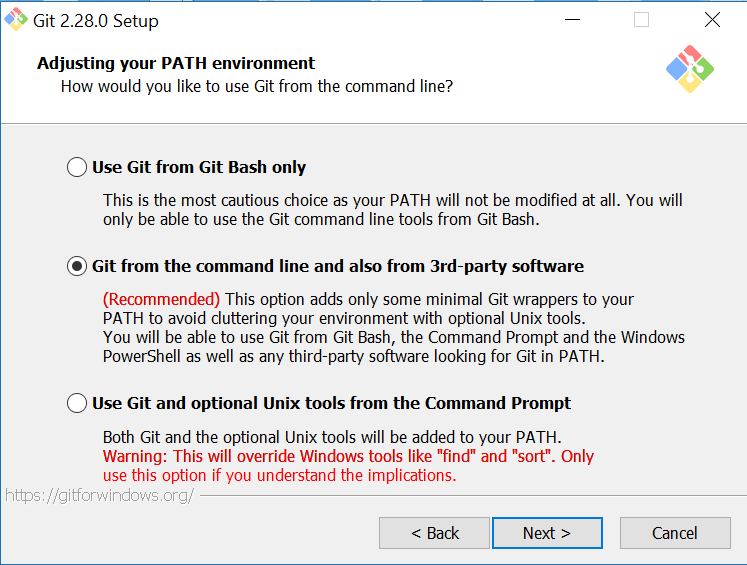 For this step too, keep the default selected option. Click on Next to move on to the next step. 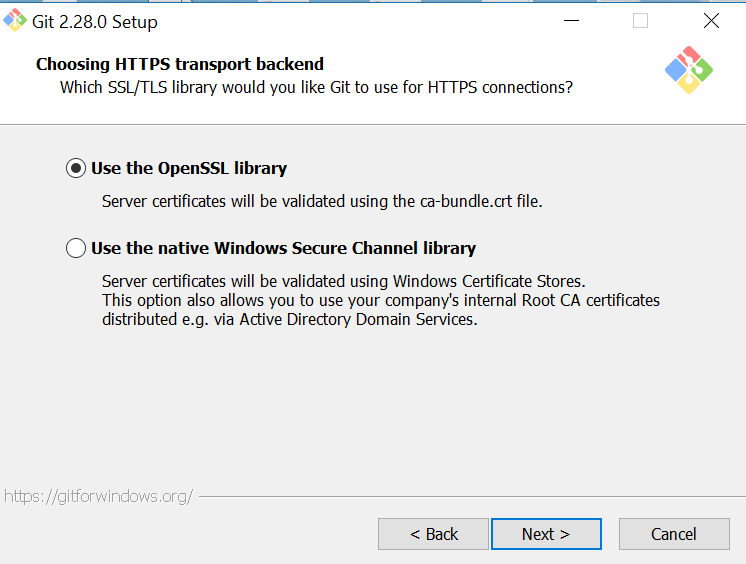 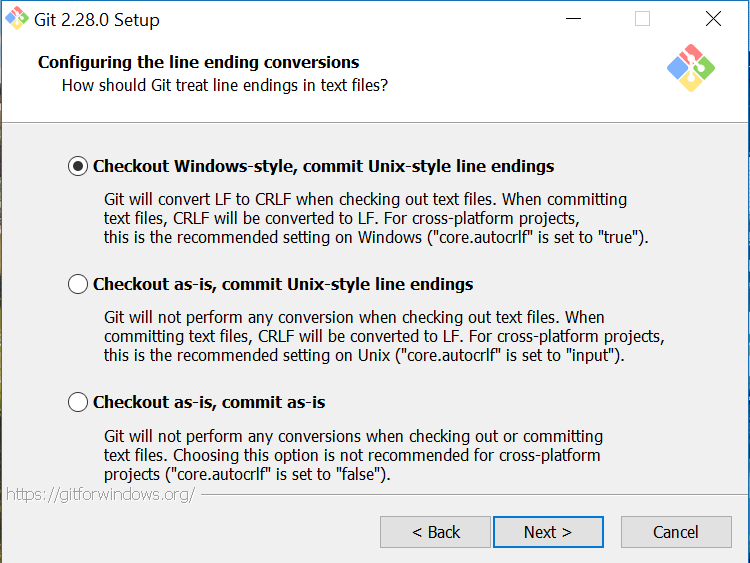 In this step, the installer is asking you for the terminal tool you would be using for running Git commands. If you have more experience with Windows CMD, then go for it and select the second option, but if you have worked on Linux machine more, then select the first option, which I have selected (Use MinTTY) 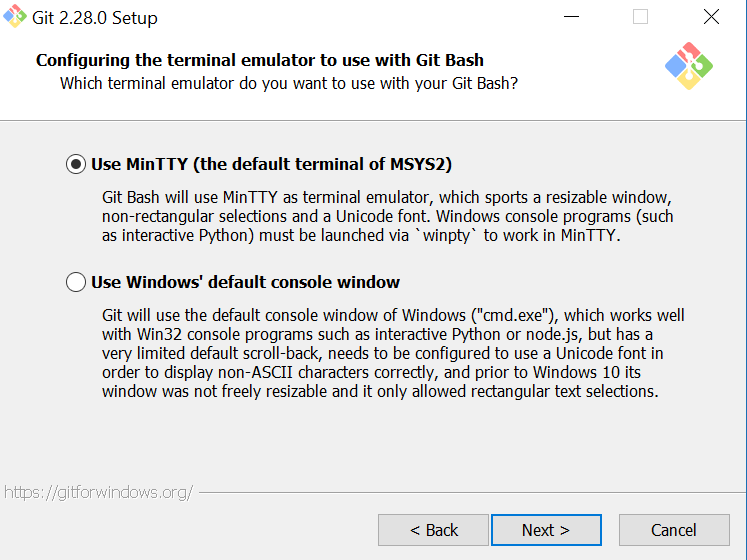 Let this be default, because we use the git pull command way too much and it is not right to change its behaviour, although you can try it out if you want. 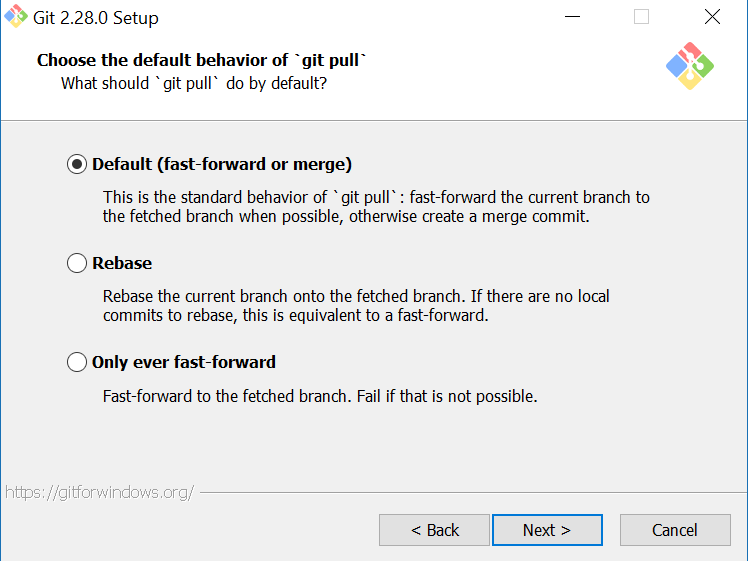 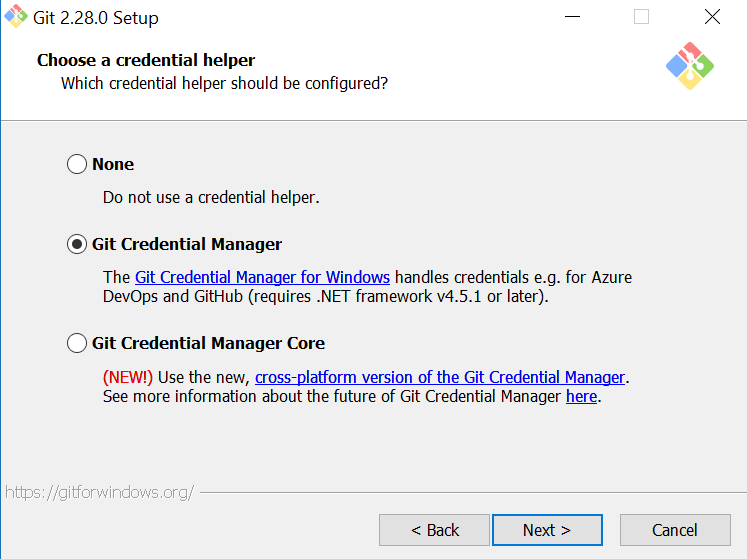 Again, go with the default settings. Click on Next to move on to the next step. 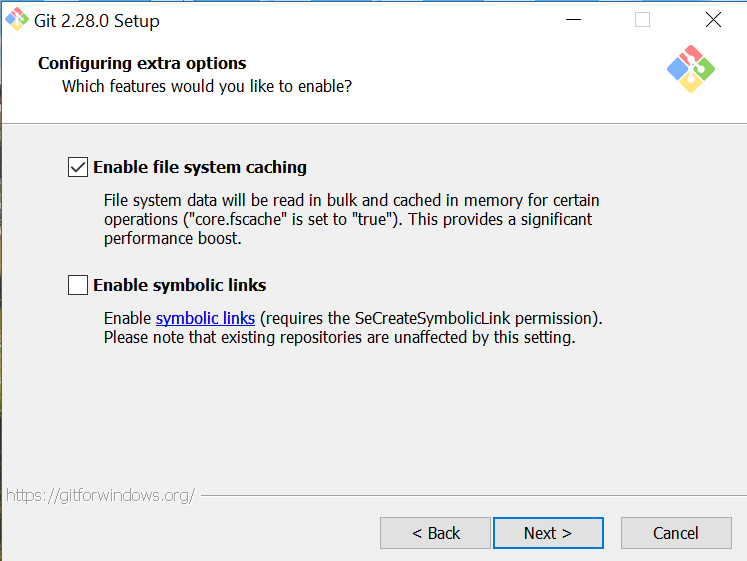 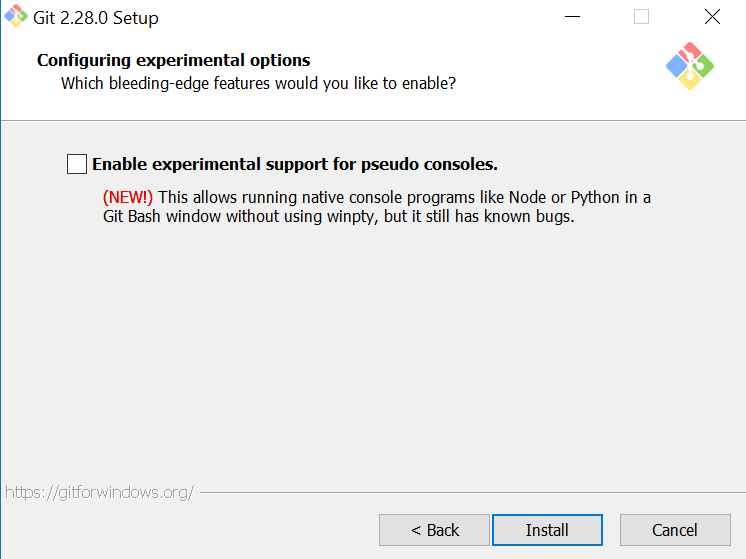 and the installation begins... 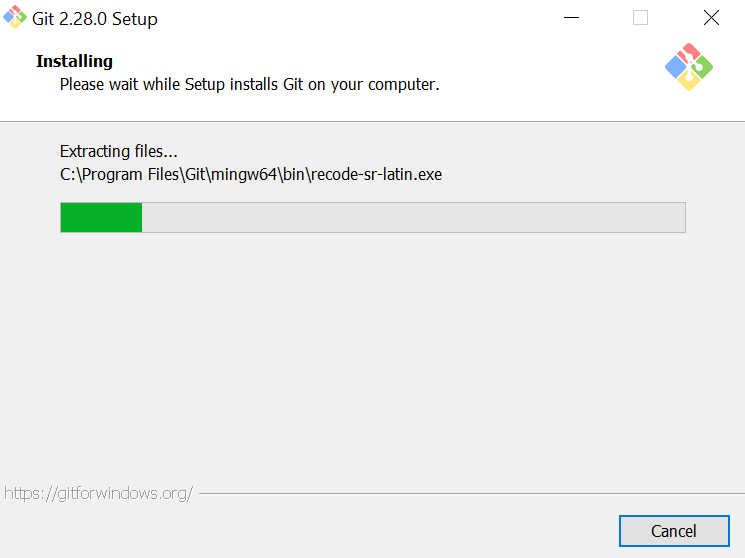 Once this completes, you will have GIT installed on your Windows machine.

As we chose MinTTY as the default terminal and not the Windows CMD, so go to Start menu and search for Git Bash and click on it to start using Git. 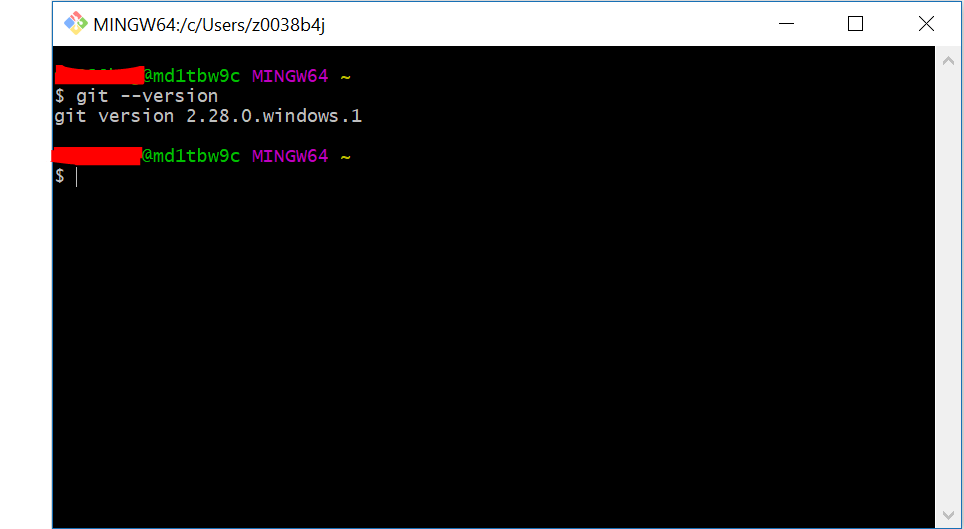 I hope you were able to follow the steps and successfully install Git on your machine. If you faced any issue, feel free to share with us by posting your comment.

Also Read: Why should I use Git?