The clubhouse is the new app that everyone is talking about. Due to Elon Musk and Bill Gates mentioning the Clubhouse app, the app is gaining massive attention from people. In January 2021, Elon Musk entered a Clubhouse room. After that, there are millions of people downloading and installing the app on their iOS and Android devices.

Everyone was curious why the richest man on earth is giving so much attention to the clubhouse app and what is Clubhouse app exactly? Is it like Whatsapp, Facebook, or Instagram? Is it a Social media platform? What can you do with the clubhouse app?

The short clubhouse app is Twitter, and Audio and clubhouse rooms have replaced the tweets. You can listen to other people's conversations using clubhouse; for some, it may seem creepy, but it's not because the app provides you all the features to control who is listening to your conversations, and these are people who want to be heard.

Also, they can allow other users to enter or join the chat via invitation, so by now, we can assume that the clubhouse app is a social audio-chatting platform. To know more details about the app and to understand it better, read the article along.

Founded by Paul Davison, Rohan Seth and developed by the Alpha Exploration Co., the clubhouse is available for both Android and iOS devices, which means you can get the app directly from the Google Play Store or Apple App Store.

However, the app in its early day was only available to those who get a clubhouse invite from another clubhouse user. However, you could also buy the invite link from eBay for $400. In the beginning, the app was a social media startup that started at the end of 2020 and was only available for iOS devices, however in 2021, January clubhouse has announced to development of an Android version of their app, and the Android version was released shortly on May 21, 2021. 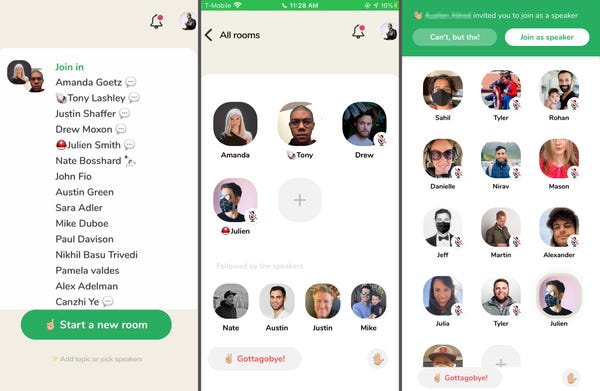 The application is licensed under Freeware software, the company is US-based, and the clubhouse falls under the Voice Over IP applications category.

You can install the Clubhouse app on your iPad's. However, the app is not optimized for iPad users. Therefore you will have to use the app on a small screen, which would look weird, zoomed 2x size, however for Android tab users, the app should work fine as intended.

From July 21, 2021, the developers of the Clubhouse app have changed their policy; now anyone can download and install the app on tier iPhone or Android devices, no longer invitation link is necessary to install the app.

Devs have taken so long to develop a version for Android because there are more Android users than Apple users. If careless, too many Android users might kill the Clubhouse servers, so they have updated their backend correctly to face the challenges of the Android userbase.

After the clubhouse was made available on Google Play Store, since July 21, 2021, it has crossed over 10 million downloads on Android devices; the growth is more significant than the iOS userbase.

When an app gains such popularity, there are always people who will try to take advantage of it. Fake websites and fake apps embedded malicious files are circulating on the web trying to steal user credentials, so be careful of that. Make sure you get the app from the official source.

The official website of the clubhouse is clubhouse.com, so avoid fake sites like jionclubhouse.com, etc. The website doesn't provide any features of the app. The site will direct you to the Apple App Store and Google Play Store to download and install the app.

To join the Clubhouse social media platform, you will need to give your phone number and your real name to the clubhouse, a link will be sent to your phone, sign using the number there. You could also link your Twitter account to the Clubhouse; Clubhouse will automatically gather your information from Twitter and set up your profile, so you don't have to make a clubhouse profile from scratch.

Linking the Contacts list will make it easier to find the people you want to follow. However, since most people don't have the contacts of popular influencers, very few people will be using this feature. Once you have signed in to clubhouse, it will also ask you to enter your email and verify it, do so in case you forget your password. It will be helpful.

The first page of the clubhouse app will be full of conversational topics like Arts, Knowledge, Wellness, Hustle, Tech, etc. go to any one of the topics you are interested in and start following people. The more you follow, it is more likely that you will get a suggestion for a room.

Depending on the person talking in the clubhouse, it could be like a podcast or just like a phone call. You can not only listen but also raise a hand if you wanted to speak in a conversation. However, it is you to the admin/moderator t let you pass. Creators who want to earn money from the clubhouse could do so; Clubhouse has introduced a monetization system. However, the scheme is only available for iOS users only.

The clubhouse has many promising aspects for being a valuable app to spread a conversation to all. However, the application is more like a zoom now but with monetizing and without video support. The people who use clubhouse are celebrities and lurkers, those who want an audience when they talk.

Therefore, the service has many issues like people preaching hate speech and abuse, there are no proper guidelines, the given approach is vague, the service is also blocked in China from February 8, 2021, and the database of the clubhouse has been already compromised once, which concludes privacy might be a massive problem if you are going to use the clubhouse app.