What is the full form of API?

What does API stand for?

API is an abbreviation for the Application Programming Interface. It is a set of rules and protocols for building software applications. A programmer who writes an application can request the operating system using API.

What is an API? 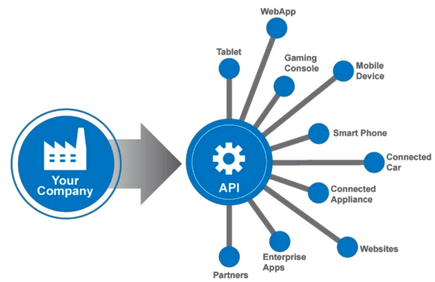 Understanding API With an Example

Imagine that you are sitting at a restaurant with the menu. The kitchen is the part of the structure that will prepare your order. The thing that is missing is the critical link of conveying your order to the kitchen. This is where the waiter or API comes in. The waiter is the messenger or API that conveys your order and tells the kitchen or the system what to do. The waiter or the API then brings back the order or the response to the user.

When API was introduced?

It was introduced on 7th February 2000 by sales force.com at the IDG demo 2000 conference, but they were not publicly available.

What are the important elements of an API?

There are 3 important elements:

It refers to the specific task or functions a program performs.

The protocol is the system by which applications can communicate with each other. However, all the applications may not depend on the same format.

What are the types of an API?

There are 4 main types of API:

Open API also known as public API. These types of API are publicly available and there is no restriction to access these APIs.

These types of API are not available to the public and a programmer requires a special license or specific rights to access this type of API.

These are also known as personal APIs and are used for a company's internal use. This type of API is used by internal teams of a company to improve the company's product and services.

This type of API integrates different data and services. It provides a sequence of instructions that run in a specific order to execute a particular task. Its main task is to improve the performance of the web interface and to speed up the process of execution.

What are public and private APIs?

These are the two broad classifications of API:

These types of API are accessible over the internet. External programmers create these applications to take advantage of their benefits. An example of a most popular form of public API is youtube.

What are the designs of API?

There are several methods used to design API:

What are the advantages of using API?

What are the disadvantages of using API?

The above article explains everything about an API in brief. The article covers everything from what is API, its full form, when was it introduced, 3 important elements of API, types of API, public and private API, designs of an API, and advantages and disadvantages of API.

SURPRISE ME WITH More Awesome Stuff
Studytonight ForumNEW
Have any doubt? Ask Questions on our Forum.
Ask Question