Every information in computer science is encoded as strings of 1s and 0s. The objective of information theory is to usually transmit information using fewest number of bits in such a way that every encoding is unambiguous. This tutorial discusses about fixed-length and variable-length encoding along with Huffman Encoding which is the basis for all data encoding schemes

Encoding, in computers, can be defined as the process of transmitting or storing sequence of characters efficiently. Fixed-length and variable lengthare two types of encoding schemes, explained as follows-

Fixed-Length encoding - Every character is assigned a binary code using same number of bits. Thus, a string like “aabacdad” can require 64 bits (8 bytes) for storage or transmission, assuming that each character uses 8 bits.

Variable- Length encoding - As opposed to Fixed-length encoding, this scheme uses variable number of bits for encoding the characters depending on their frequency in the given text. Thus, for a given string like “aabacdad”, frequency of characters ‘a’, ‘b’, ‘c’ and ‘d’ is 4,1,1 and 2 respectively. Since ‘a’ occurs more frequently than ‘b’, ‘c’ and ‘d’, it uses least number of bits, followed by ‘d’, ‘b’ and ‘c’. Suppose we randomly assign binary codes to each character as follows-

But the real problem lies with the decoding phase. If we try and decode the string 00011011111011, it will be quite ambiguous since, it can be decoded to the multiple strings, few of which are-

Lets reconsider assigning the binary codes to characters ‘a’, ‘b’, ‘c’ and ‘d’.

Input: Set of symbols to be transmitted or stored along with their frequencies/ probabilities/ weights

Huffman Encoding can be used for finding solution to the given problem statement.

The major steps involved in Huffman coding are-

Algorithm for creating the Huffman Tree-

Step 4- Create a new internal node z with x as its left child and y as its right child. Also frequency(z)= frequency(x)+frequency(y)

Step A- Create leaf nodes for all the characters and add them to the min heap. 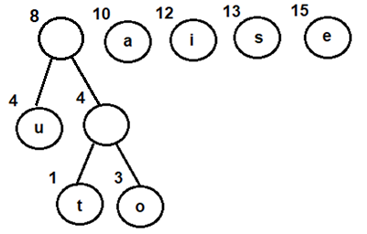 Fig 3: Combining node u withan internal node having 4 as frequency 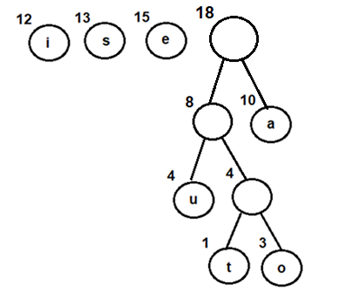 Fig 4: Combining node u withan internal node having 4 as frequency 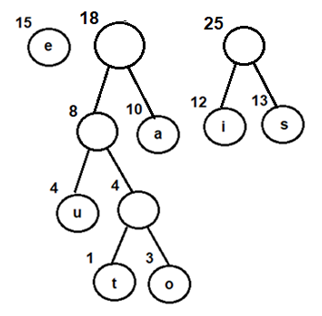 Fig 5: Combining nodes i and s 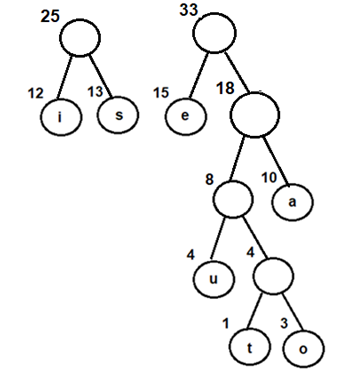 Fig 6: Combining node e with an internal node having 18 as frequency 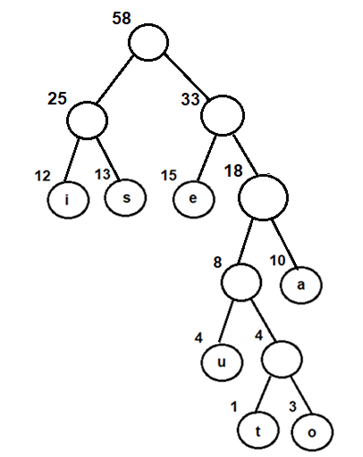 Fig 7: Final Huffman tree obtained by combining internal nodes having 25 and 33 as frequency

Now, since we have only one node in the queue, the control will exit out of the loop

Step C- Since internal node with frequency 58 is the only node in the queue, it becomes the root of Huffman tree.

Steps for traversing the Huffman Tree

Following the above steps for Huffman Tree generated above, we get prefix-free and variable-length binary codes with minimum expected codeword length- Using the above binary codes-

Once received at the receiver’s side, it will be decoded back by traversing the Huffman tree. For decoding each character, we start traversing the tree from root node. Start with the first bit in the string. A ‘1’ or ‘0’ in the bit stream will determine whether to go left or right in the tree. Print the character, if we reach a leaf node.

Thus for the above bit stream

Following is the C++ implementation of Huffman coding. The algorithmcan be mapped to any programming language as per the requirement.

The program is executed using same inputs as that of the example explained above. This will help in verifying the resultant solution set with actual output.

Since Huffman coding uses min Heap data structure for implementing priority queue, the complexity is O(nlogn). This can be explained as follows-

Since building a min heap and sorting it are executed in sequence, the algorithmic complexity of entire process computes to O(nlogn)

We can have a linear time algorithm as well, if the characters are already sorted according to their frequencies.