Stack as we know is a Last In First Out(LIFO) data structure. It has the following operations : 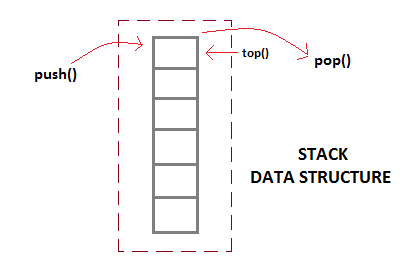 In this way our Linked list will virtually become a Stack with push() and pop() methods.

First we create a class node. This is our Linked list node class which will have data in it and a node pointer to store the address of the next node element.


Then we define our stack class,

In order to insert an element into the stack, we will create a node and place it in front of the list.

Now whenever we will call the push() function a new node will get added to our list in the front, which is exactly how a stack behaves.

In order to do this, we will simply delete the first node, and make the second node, the head of the list.

In this, we simply return the data stored in the head of the list.