You should have your Mac OS running machine with hardware not older than the year 2010 as the docker desktop application will need the intel's hardware support for memory management unit (MMU) virtualization, including Extended Page Tables (EPT) and Unrestricted Mode.

The Mac OS version should be 10.13 or newer, which is one of the following: Catalina, Mojave, or High Sierra

Download the docker.dmg file from the Docker Hub - Docker Desktop for Mac.

Click on the downloaded docker.dmg file to open and mount it. Once it is opened you will see the following pop up window: 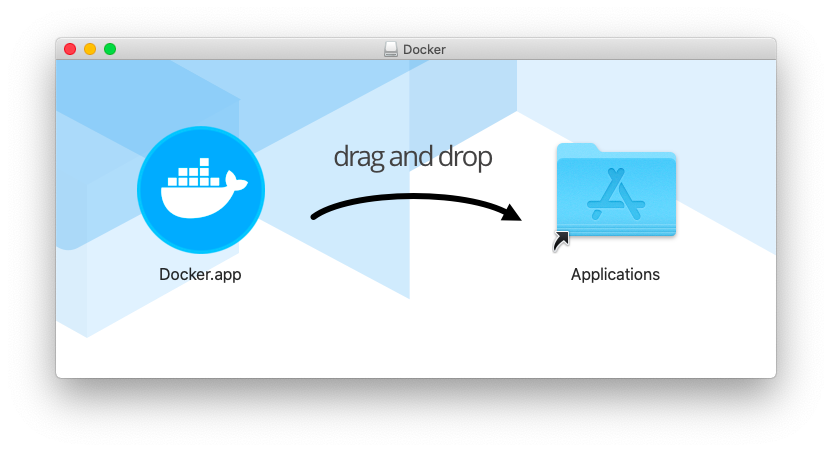 As instructed in the popup window, drag and drop the docker.app icon into the Applications folder to start the installation.

Once the installation is complete, unmount the docker.dmg file.

Double click on the Docker icon available in the Applications folder or from the Launchpad.

Once the docker gets started you will see the whale icon appear in the top navigation bar and you can click on it to see more docker related options. 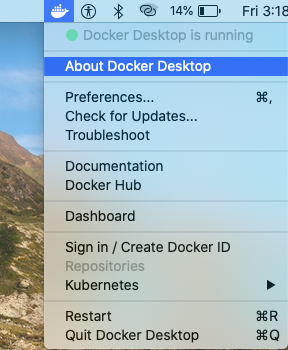 To verify if docker has started successfully, run the following command in terminal: 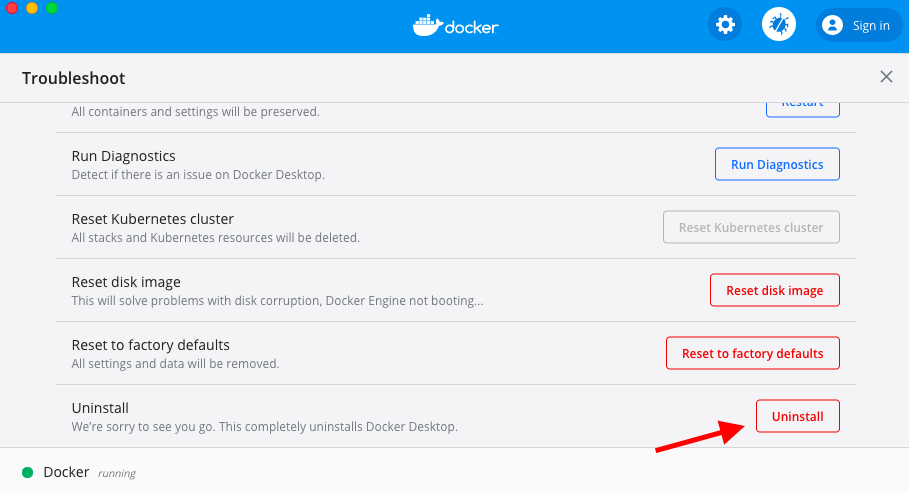 So in this tutorial, we learned to install the docker desktop application on Mac OS. From the next tutorial onwards we will start playing around with docker and will start learning docker concepts.