Go-Back-N ARQ (Go-Back-N automatic repeat request) is a flow control protocol(Read about Stop & Wait and Stop & Wait ARQ Flow Control Protocols) where the sender continues to send several frames specified by a window size even without receiving feedback from the receiver node. It can be said that it's a special case of the general sliding window protocol where the transmitter or sender window size is N and the receiver's window size is 1, which means that it can transmit N frames to the receiving node before waiting for a feedback.

Now the receiver's duty is to keep the track of the sequence number of the next frame it expects to receive and sends the feedback after every data packet it receives. Once the sender has sent all the frames in its window, it makes sure that it has then received all the feedbacks of the transmitted data packets, if in any case, it hasn't received a feedback of any data packet and the time out timer expires, it then resends all the data packets again, starting from the lost data packet to the final data packet.

We can see the process in the illustration below, 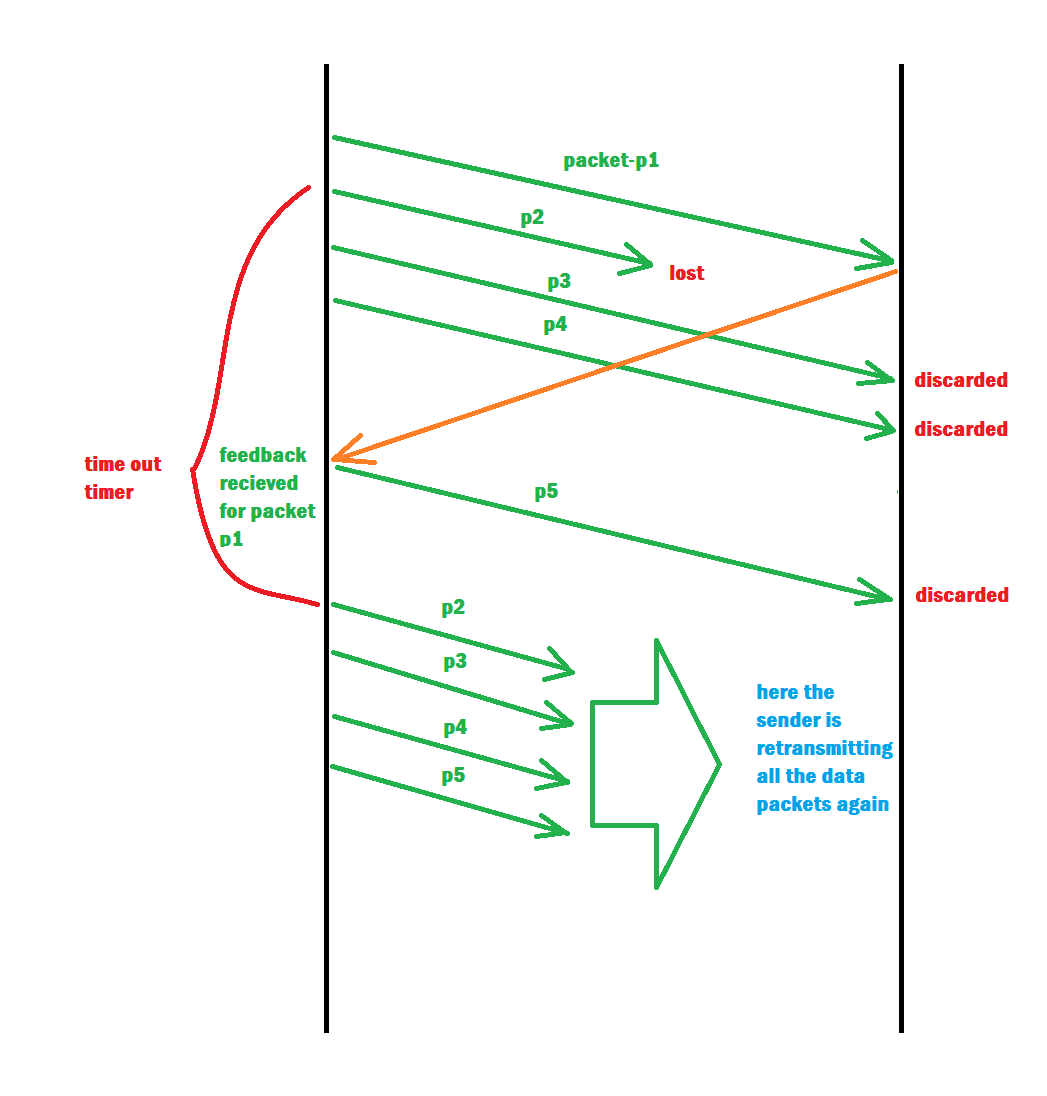 In Go-Back-N ARQ, N is the sender window size, which we can see in the above example was 5. Now, here N should be greater than 1 in order to implement pipelining. If N=1, then our system reduces to Stop & Wait protocol.

Where tp is propagation delay and tt is the transmission delay

Now to find the effective bandwidth (or throughput),

WR is always equal 1 in the case of Go-Back-N ARQ.

There are basically 2 types of feedbacks/acknowledgments: