Flow control in computer networks is defined as the process of managing the rate of data transmission between two systems(nodes), this mechanism ensures that the rate of data (transmitted by the sender) is within the receiving capacity of the receiver node. 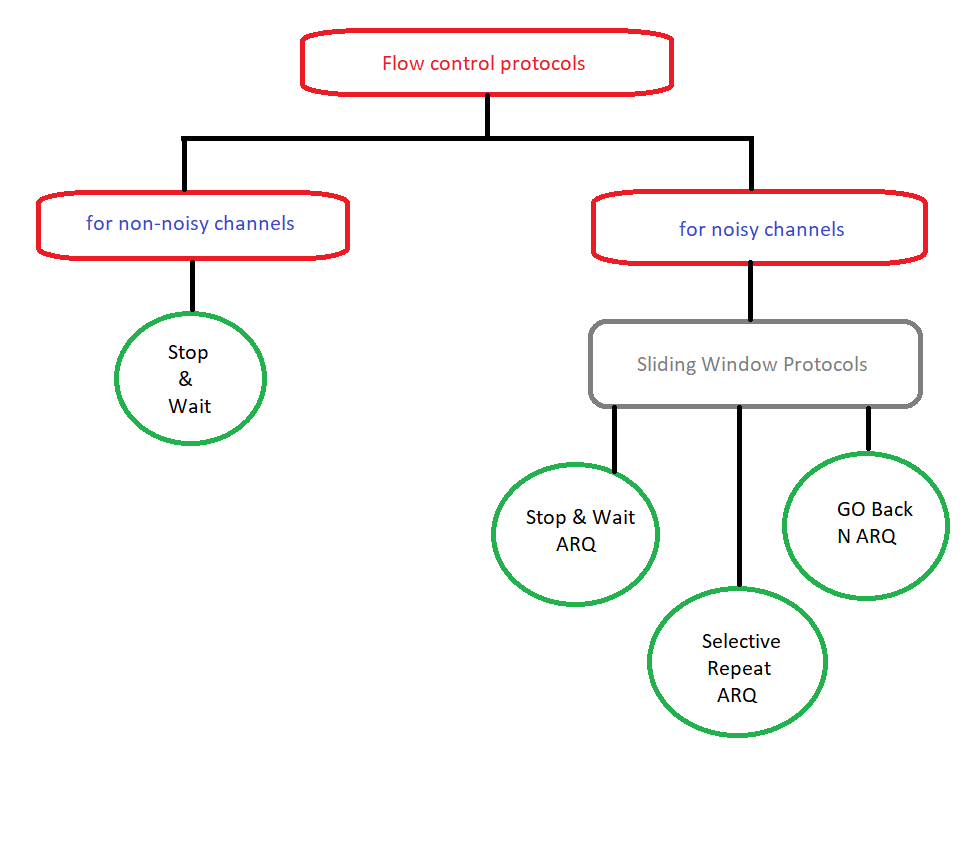 In the above diagram, we can see that there are two protocols, Stop & Wait and a sliding window. The basic difference between them is that, in stop & wait the sender node sends one frame and then waits for the feedback from the receiver node. On the other hand, in the sliding window protocol, the sender node keeps on sending frames to the receiver node without waiting for any feedback and it re-sends the frame which is/are damaged or suspected. 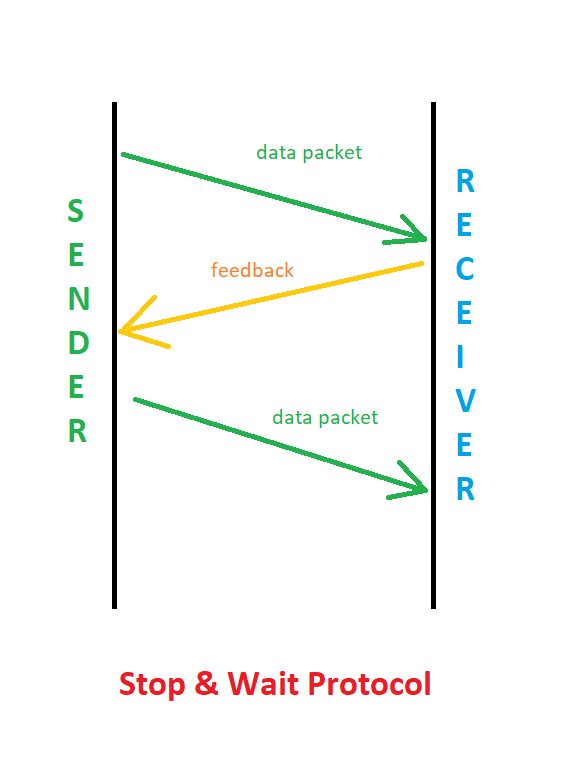 Stop & Wait Protocol performs better for LANs than WANs because the efficiency of the protocol is inversely proportional to the distance between the sender & receiver node and as we all know that the distance is less in LANs as compared to WANs.

But this protocol has some issues, one such issue is the probability of occurrence of deadlock, which is very high due to loss in a data packet or loss in feedback which can lead to infinite waiting, where the sender will keep on sending the data packet if the feedback is lost.

Stop & Wait ARQ is a sliding window protocol for flow control and it overcomes the limitations of Stop & Wait, we can say that it is the improved or modified version of Stop & Wait protocol.

Working of Stop & Wait ARQ is almost like Stop & Wait protocol, the only difference is that it includes some additional components, which are:

Note: If any sliding window protocol must work properly then, the available sequence numbers must be greater than or equal to the sum of sender window size and receiver window size.

Thus, the minimum number of sequence numbers required in Stop & Wait ARQ is 2, which are 0 and 1.

And if the time out timer expires and the feedback is not received by the sender then, the sender retransmits the data packet. This prevents the occurrence of deadlock in the network.

An illustration of the process is shown in the image below. 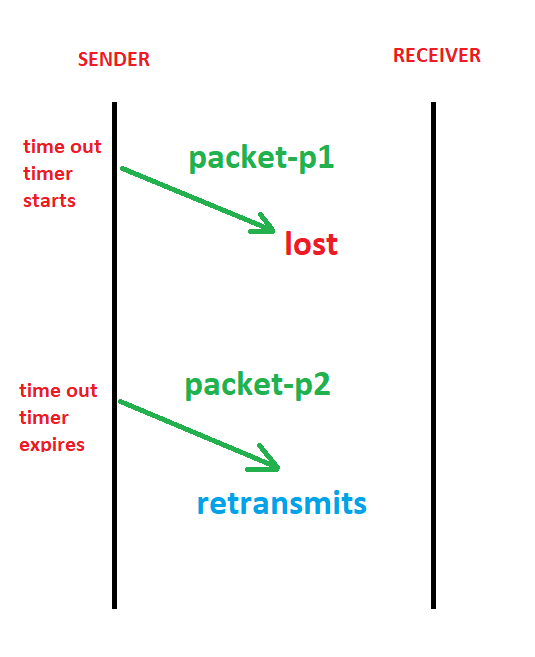 The problem of lost Feedback

The problem of delayed/lost feedback(which used to happen in Stop & Wait protocol) is solved by putting sequence numbers on data packets.

We can see the process in the image below 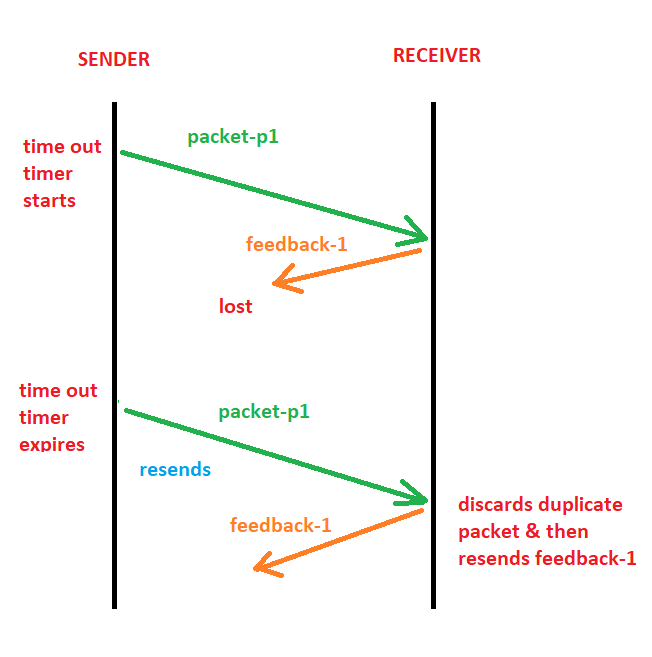 Now in the case of feedback delay, we can see in the image below 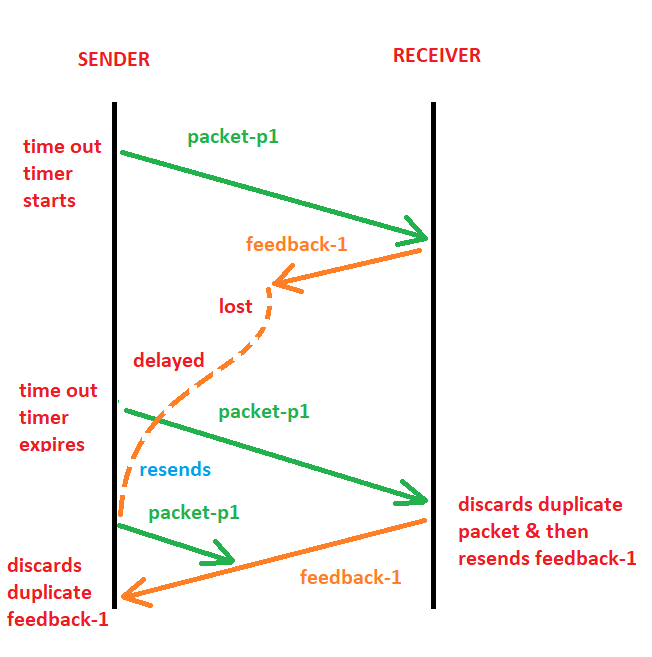 The problem of a damaged data packet

Whenever a data packet is damaged/corrupted, the receiver then sends negative feedback to the sender and then it resends the same data packet.

The Stop & Wait ARQ is very less efficient because the sender window size is 1, which allows the sender to keep only one frame without feedback. So, the sender sends a data packet and waits for the feedback, and it gets the feedback it sends another data packet.

In order to improve efficiency, we can increase the window size on both ends.