How to Setup SSH Tunneling in Mac OS (or Ubuntu)

If you want to setup SSH tunnel with your remote server using your Macbook, you can easily do so using the default Terminal application available in the Mac OS. Yes, we do not have to install any other application for doing so, like we do in Windows.

If you are a Windows user, I would recommend using Mobaxterm application for doing this. 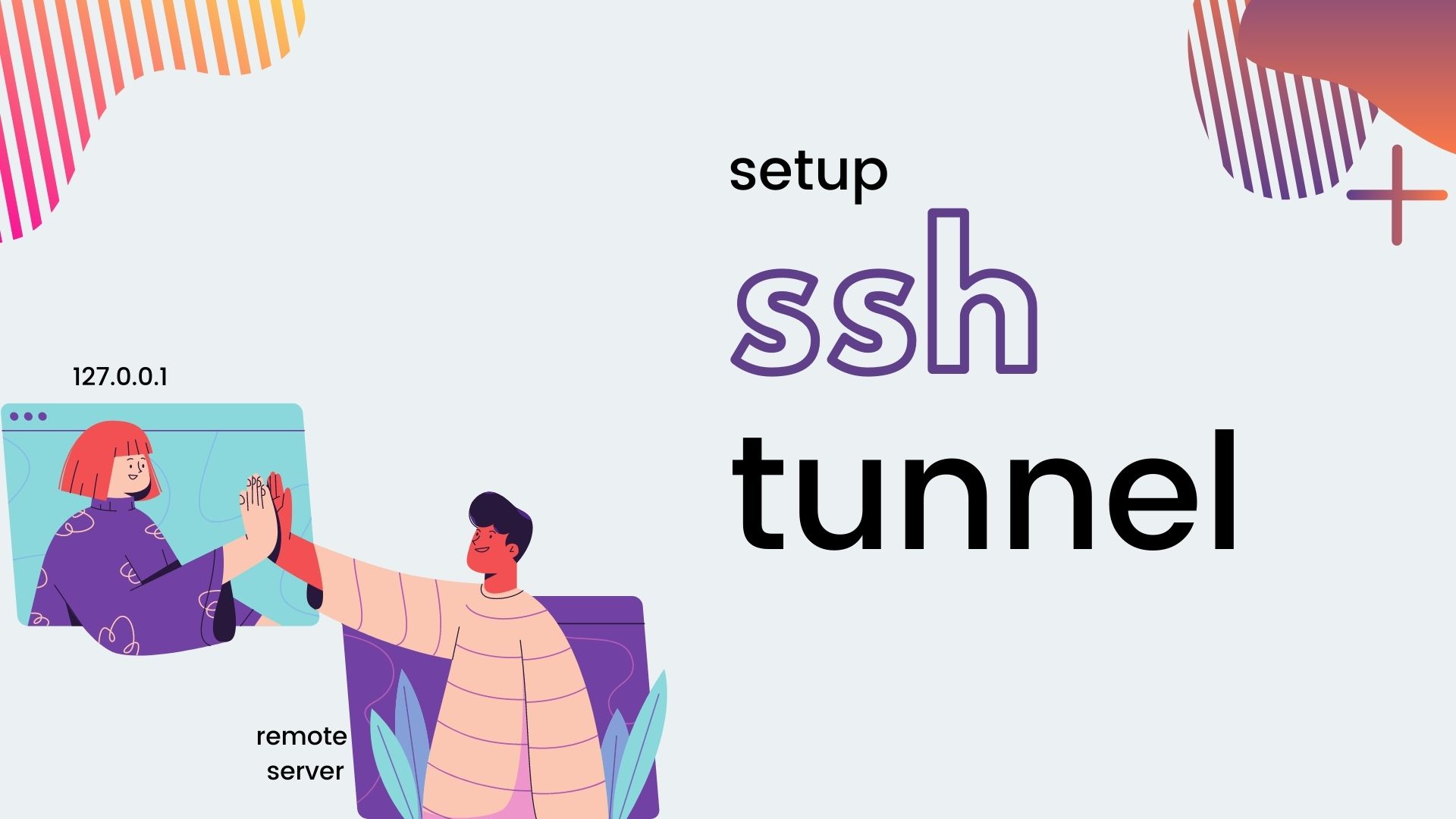 What is SSH Tunneling?

An SSH tunnel or SSH port forwarding is a mechanism to establish a secure connection between a client machine and a server.

I hope the two examples are clear, and now you know, why SSH tunneling is needed. So let's see how we can do this.

We can use the ssh command to set up an SSH tunnel with a remote server, considering the SSH port which is port number 22 is open for the remote server.

If our remote server name is my-remote-server.host and the SSH user is st-user, and on the same server a DB service let's say MySQL is installed which is accessible via localhost:3306 on the remote server. 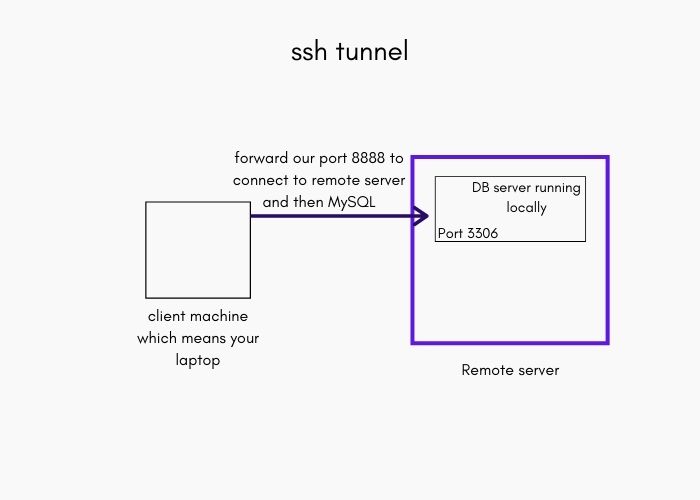 Then to connect to the DB server, we can run the following command to setup an SSH tunnel:

8888: This is the local port that we will open for the SSH tunnel on the local machine. Here you can give any port number after 1024, because until 1024 port number, all ports are privilege ports.

127.0.0.1: This is the IP for the localhost running on the remote server, this is also the destination we aim to reach via the SSH server.

3306: This is the destination port, assigned to the MySQL sever on the remote SSH server.

and then st-user@my-remote-server.host is the username and the IP address/URI for the SSH server.

If your remote server is an EC2 instance on AWS and you have a .pem file as the SSH key, run the following command for the above scenario:

In this case you will not be asked for the password, as authentication will be done using your SSH key.

If our DB server is my-db-server.host on which port 3306 is available for connection on the private network access to the remote SSH server my-remote-server.host, as shown in the picture below. 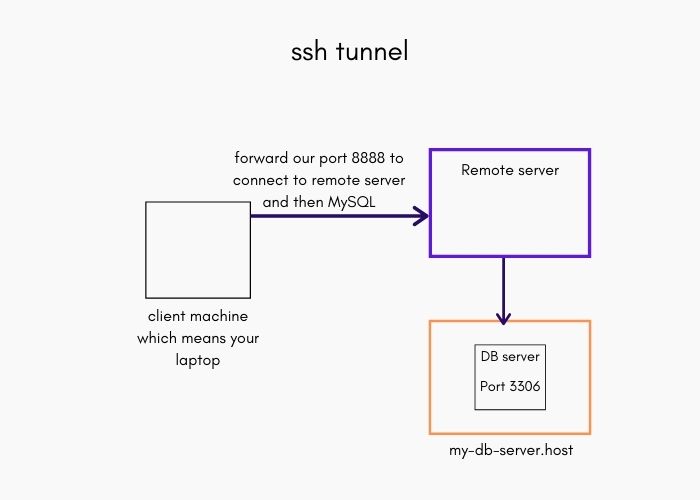 Then we can run the following command:

Note: If SSH connection is enabled on a different port other than the port number 22, then we can specify the port number in the above command using -p [PORT_NUMBER] argument. So, for example we have 2200 port for SSH enabled on our remote server, then the command would be:

I hope this article helped you in understanding what SSH tunneling is and how we can setup an SSH tunnel using the Terminal in MacOS and in Ubuntu or other Linux based operating systems. If you were not able to do this or faced any issue running the above command do share in the comments below and we will help you out.