The brand new Ubuntu and the newest Linux mint 20 are the top two Linux distros that come to mind when you look for a stable user-friendly Linux distribution for your system. Both have power pack releases and coming with noticeably faster performances than their previous versions with improved visuals faster boot-up times. 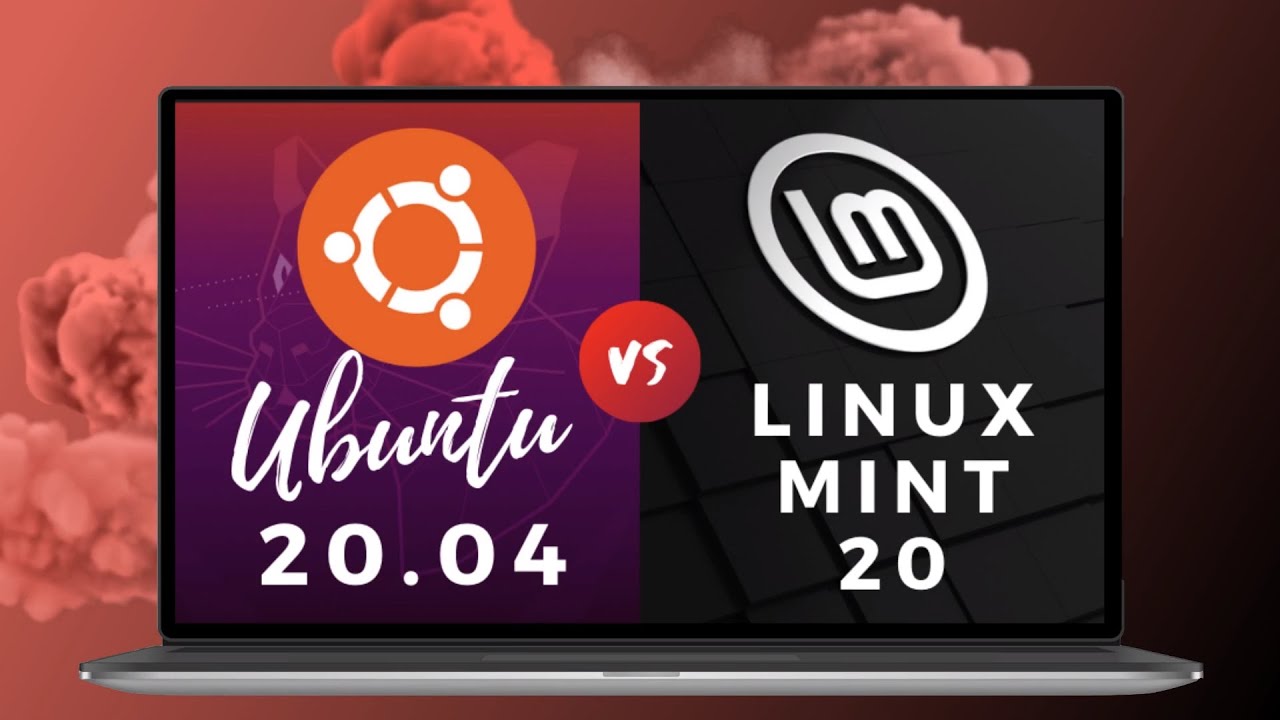 They are very similar to each other but for functionality; they are entirely different. Let’s begin with the user interface.

Linux Mint 20 comes with cinnamon 4.6 desktop environments which look pleasing and being highly usable. Unlike Ubuntu's gnome desktop cinnamon stays very user-friendly. There's a lot of scope for customization. You can tweak the theme icons, applets. From the Linux-mint community, you can browse downloads, and apply them with just a few clicks.

The combination of cinnamon elegant visuals and a workflow environment promotes high productivity and makes Linux mint better. The menu is very easy to use with application setup category-wise and a really fast search. Speaking about simplicity a Linux newcomer can just start using this system who has switched from windows feel a lot at home with Linux mint.

Talking about Ubuntu 20.04 we get a customized gnome 3.36 here this version gives us a retouched desktop with a better color scheme. We also get a dark mode option. Ubuntu adds its own branding and customization to this desktop and it is much easier to use straight out of the box. The desktop looks clean and the new Ubuntu has a great selection of wallpapers pre-installed.

The desktop layouts are radically different on both these distros. Linux mint has a familiar simple layout. Ubuntu goes for a more radiant look and as far as the UI is concerned, they both are the best.

There is a performance difference between Ubuntu and Linux mint. They both boot up faster than previous versions because of implementing the new lz4 decompression algorithm. The gnome desktop now uses GPU memory more efficiently than before and delivers a smoother interaction experience.

When we compare against each other on higher configuration hardware slight difference in the performance between Linux Mint and Ubuntu.

Moving on to stability Ubuntu and Linux mint are the same they both are extremely stable. They made the Ubuntu and Linux mint with home users as the focus so they provide a very solid computing experience both are very suitable for students developers professionals and businesses there are long-term support versions till 2025 and they both provide high usability to the users.

As far as the ease of usage is concerned both are good. Linux mint uses software from Ubuntu repositories which are huge and contain much software. They will extensively test the software here for stability and other things so they work flawlessly.

Ubuntu's parent company to create a universal Linux software package with the vision of snaps. Snaps are larger slow to start and require more resources to run, the older and less powered your computer the more visible these unfavorable traits become. But you get some newer apps only in the snap format.

Ubuntu has been prioritizing these snaps in its software store now. While it's not forcing you to install and use snaps.

Linux mint has completely stripped off the snap concept with the latest version with this the software manager on mint is very organized and simple to use.

Overall, both the new Ubuntu and Linux mint have best in class software availability

Ubuntu and Linux mint both are great choices for gaming

Steam officially supported Ubuntu and since Linux mint is Ubuntu under the hood steam and steam games run just fine on it too. You can use steam's new proton feature to play top windows exclusive games on Linux with no wine or configuration hassle.

The community is friendly, and the solutions are highly accessible and easy to follow. It is one of the biggest strengths of Ubuntu almost any documentation or self-help guide written for Ubuntu will apply to Linux mint 2.

The basics like installation guide user and troubleshooting guides are written in a very beginner-friendly way and available in multiple languages on the Linux mint official website there is also a forum on which a wide variety of topics are covered. They will solve any issue you face with a single google search.

You can install both in 15 minutes once we do the installation, installing the drivers for your graphics card and other drivers is really simple. AMD and Intel integrated drivers are pre-installed in both, with this Nvidia GPU driver can be installed easily.

Ubuntu 20.04 is the best iteration yet known. Linux mint used this amazing distro as the foundation and built on it polished it and made something beautiful out of it Linux mint just feels so much more natural. It has maintained a simplicity that is really appreciable.

In a time, where technology is developing every day. Linux mint provides you a consistent and up-to-date computing experience and at times it does outshine Ubuntu and for today the winner is Linux mint 20.