The Resource limit and requests configuration in Kubernetes is the most neglected configuration. But if you want to manage your Kubernetes cluster properly, you must devote time in understanding and observing the memory and CPU requirements of your applications running inside containers in different pods.

In a Kubernetes cluster, each node is like a virtual machine which has a fixed number of CPU core, a fixed amount of memory, some flavour of linux installed as OS, Kernel version, architecture, etc. In short it's just another machine which can get overloaded if the applications or services running on it demands more resources than the node has.

A picture is worth a thousand words, so let's have a picture to understand the basics of a Kubernetes cluster. 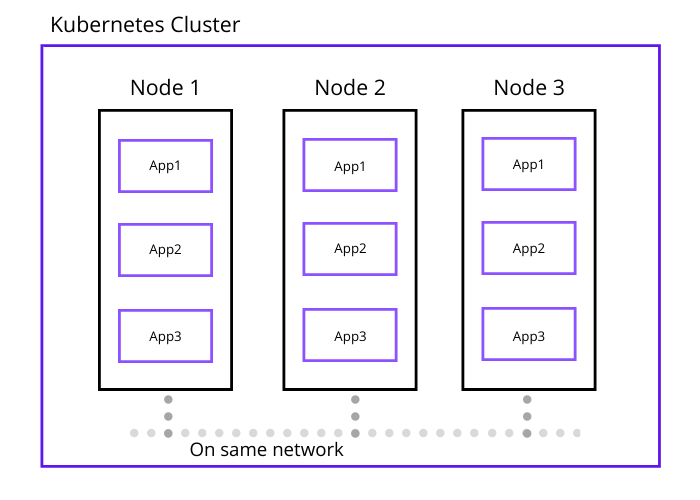 The diagram above is a very high level picturization of a Kubernetes cluster. As you can see we have 3 nodes in this cluster which means 3 virtual machines. All the nodes are on a same network but have different IP addresses. When we start any pod inside a namespace in Kubernetes, Kubernetes scheduler, assigns the free node to the application based on the memory and CPU, etc requirements of the App.

The small purple box with text App1, App2, and App3 represents a pod, inside which application containers run. 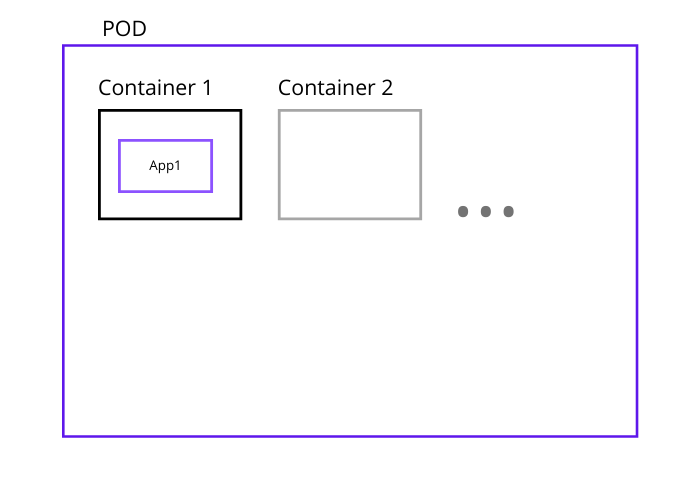 Now that we have a basic understanding of Kubernetes architecture, let's see how we can manage resource allocation like CPU and memory for application and services running in Kubernetes pods. And what will be the affect of not specifying these resources correctly.

Request and Limit are the two mechanism that Kubernetes use to manage the CPU and memory resource requirement of the Pods. There are other resources as well but CPU and memory are the main resources which must be configured properly for containers running in pods.

When we start a container in a pod using a YAML file with requests and limit value specified, then the Kubernetes scheduler looks for a node which has the required resources for the pod and then the node with enough resources gets allocated to the pod. If no node is found free, then the pod goes into Pending state, and waits for the resources to get free.

If you have automatic scaling enabled in the Kubernetes cluster then a new node is added to the cluster in case of lack of resource. If we do not configure the requests and limits, by default a minimum value is assigned which is generally 0 for both memory and CPU in most Kubernetes services.

Lack of resources can lead to your pods getting evicted frequently due to insufficient memory or CPU. You can use the kubectl describe command to find the reason for an Evicted pod in your Kubernetes cluster. Here is the command:

In the output if you see something like this then it is a resource issue:

The node was low on resource: memory. Container XYZ was using 711252Ki, which exceeds its request of 0.

CPU resource refers to the number of CPU core required by the pod to start or to run smoothly. This is measured in CPU units which is generally millicore or millicpu in most cloud platforms. So if you mention 2 as the value that means that your container requires 2 CPU cores to start. The value 2 is equivalent to 2000m in terms of millicore or millicpu.

Below we have shown the part of YAML which specifies the CPU limit and requests values:

The above configuration means the container will be assigned 1/2 CPU core, while its can never utilise more than 1 whole CPU core.

Just like CPU, we can specify the memory requirements of a container. Memory resources are defined in bytes. But we can use a simple Integer value or a value with suffix like P, T, G, M, K or two letter suffix like Pi, Ti, Gi, Mi, Ki, etc. Usually we give value is mebibyte which is same as megabyte.

Just like CPU, if you put in a memory request that is larger than the amount of memory on your nodes, the pod will never be scheduled.

Consider we have a pod which will have two containers running in it. Here is the configuration YAML for them with memory and CPU requests and limits defined.

So in this tutorial, we learned about two important confuguration parameters Requests and Limits which should not be ignored as these are the key for stable pods.