In this article, we will cover the problem of Minimum Spanning Tree. In my previous post, I covered the Disjoint Set Union problem.

NOTE: To make the article fun, we have wrapped an inter-galactic fictional story around it. Don't get confused by it.

Kapi has just conquered the universe. His childhood dream is finally a reality. Every planet of this universe is now under his control. To celebrate this glorious occasion, Kapi plans to visit each planet and take selfies with the head of that planet, who is also responsible for treating him with the best of their food items. Kapi is really eager to post these photos on social media, so he wants to finish this procession as soon as possible.

He has a graph of the universe which has planets as nodes and the distances between them as edge weights.

He is now thinking of a way to visit each and every node only once and enjoy the delicacies.

As he is the ruler of the universe, he has to announce his goals formally. So this was published in newspapers of each planet the very next day:

Given a connected undirected Graph G =( V, E ), construct a spanning tree, which is a tree that covers every vertex of G and is a subgraph of G. Furthermore, the tree must have minimum total weight, which means that the sum of weights of each edge included in the spanning tree should be minimum.

One who comes up with a correct and fast algorithm will be made the head of their respective planet.

The idea is to plan Kapi's voyage in such a way, that he has to travel the minimum distance while covering all the planets. Below we have a pictorial representation of the planets along with the paths connecting them, with different distances(depicted by the width of the connecting line. More the width of connecting line, larger the distance between planets). As you can see in the picture below, there can be so many possible paths to traverse. 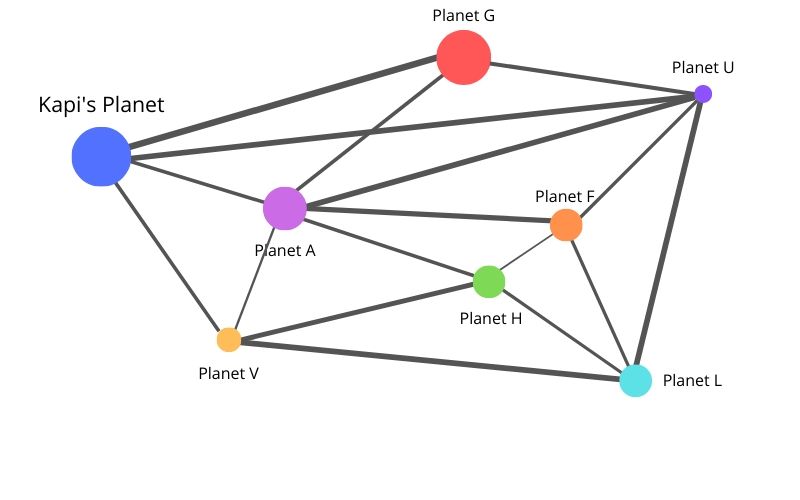 As usual, residents of the planet Brute Force were the first to come up with a solution. They were in favor of trying all possible combinations of the spanning trees and choosing the one which has a minimum total cost. Kapi got furious when he received a mail having a brute force code written in it.

He at once ordered the authorities to grab all of Brute Forcian's and bring it to him for punishment.

What attracted Kapi the most was the ability to check if the edge that is being added will form a cycle or not, in other words, it will join only the disconnected components, not the already connected ones. Mr. Kruskal assigned Disjoint set union (DSU) with this responsibility.

Disjoint sets are sets whose intersection is the empty set so it means that they don't have any element in common.

Let us go through an example: 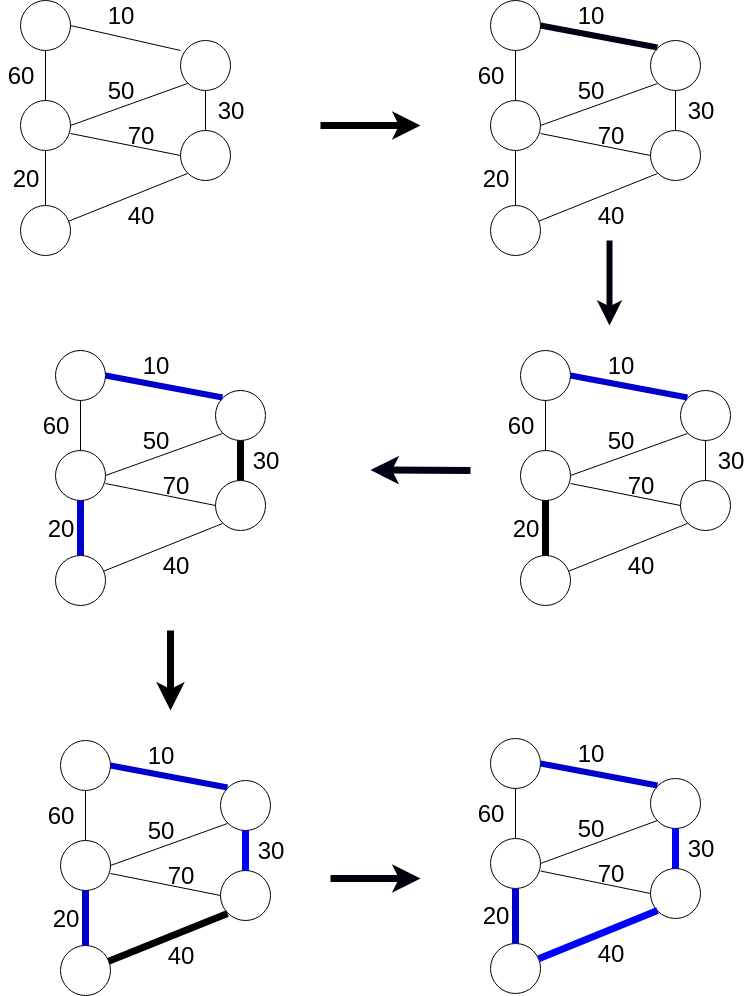 Below we have the code for this:

Time Complexity: As we are sorting the vector of tuples, it is O(E log V).

Another prodigy named Mr. Prim also came up with an algorithm inspired by Dijkstra's work. He started with an arbitrary vertex and added vertices in MST as per the following rule:

1. Find the cheapest vertex that can be added to the MST and add it along with ensuring that no cycle is formed.

2. Cheapest vertex is obtained by using a priority queue while maintaining a set of visited vertices will disallow any loops.

What is better than an example: 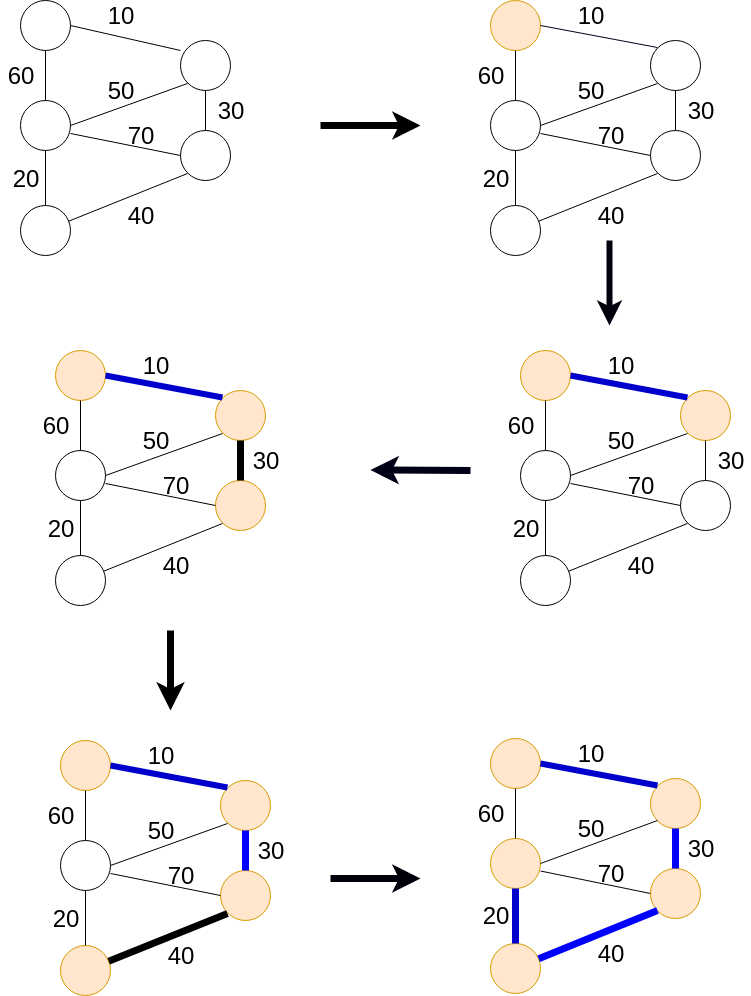 See how both the algorithms produced the same MST, which is unique for a given graph as the edges are non-negative and unique.

So we started with node 10 (random choice, we can pick any as eventually all vertices will be included in the MST), and kept on adding vertex which was cheapest at that moment.

Below we have the code for this:

and as binary heaps are used to implement priority queues => log V.

Radia Perlman, who is most famous for her invention of the spanning-tree-protocol (STP), which is fundamental to the operation of network bridges, while working for Digital Equipment Corporation, penned this poem:

I think that I shall never see
A graph more lovely than a tree.
A tree whose crucial property
Is loop-free connectivity.
A tree that must be sure to span
So packets can reach every LAN.
First, the root must be selected.
By ID, it is elected.
Least-cost paths from root are traced.
In the tree, these paths are placed.
A mesh is made by folks like me,
Then bridges find a spanning tree.