In my previous post, we discussed a few performance metrics and the situations in which they can be used. In today's post, we will explore a popular 2-dimensional plotting library known as Matplotlib.

For reference purposes, the official documentation of Matplotlib version 3.1.1 (stable) can be found here- https://matplotlib.org/3.1.1/users/index.html

Matplotlib is a huge library that has around 70,000 lines of code. It is inspired by MathWorks's software MATLAB. It is built on NumPy and caters to work on SciPy. It is one of the most powerful plotting libraries to work in Python and Numpy. 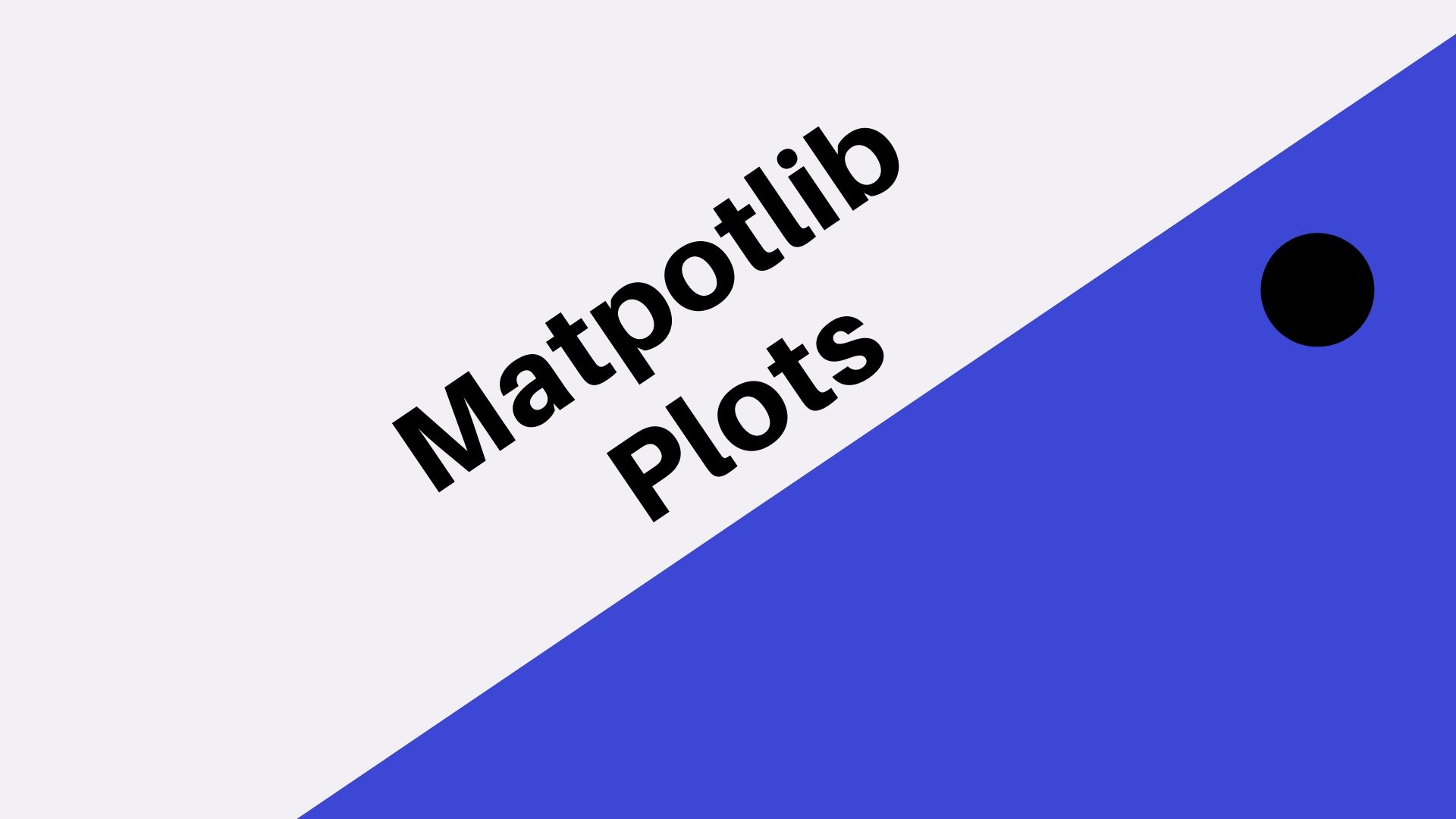 It is usually seen that we tend to remember pictures and images more than words. On the same lines, it is easier to grab insights from visually represented data in comparison to data which is stored in the formats of Excel, CSV, Word or any form of text documents. This is where plotting libraries come into the picture.

In my previous posts, I have visualized the data using Matplotlib so that it would be easy to understand the data, the abnormalities (anomalies), and trends in the data. Matplotlib can be used to represent line plots, bar plots, histograms, scatter plots and much more.

This library can be installed with the following command:

And to use the library in your python code, use the following statement to import the module,

It has several parts to it, namely:

When a graph is plotted, the x and y axes are adjusted to take the default xticks() and yticks(), but these values can be customized as per one's requirements.

We will start by using pyplot, which is a matplotlib module that will help us add plot elements such as lines, images, text to the axes. 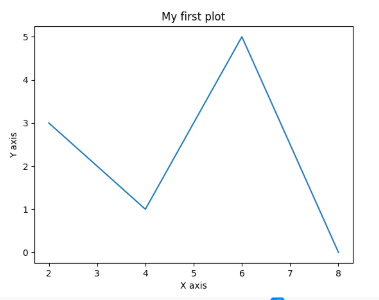 NOTE: Always remember to run the plt.plot() function and the plt.show() function together.


Explanation of the above code:

In the above code we have imported the necessary packages to plot a graph. We invoke the plot() function by passing 2 arrays to it and then calling the show() function to invoke the graph plotting. The first array will be plotted against the x-axis and the second array will be plotted against the y-axis. The title and names for x and y-axis can be added using the functions title(), xlabel() and ylabel(). 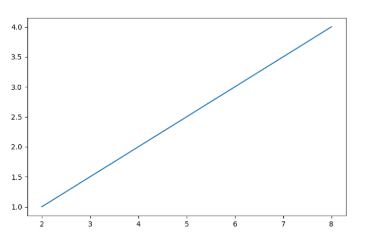 Explanation of the above code:

Colour of the plot and line

In the plot() function, a third parameter can be specified, which is a string that can be used to indicate the color and line type of the plot. For example: the default is b, which is a solid blue line. Other colors can be go (green), red, yellow, orange. 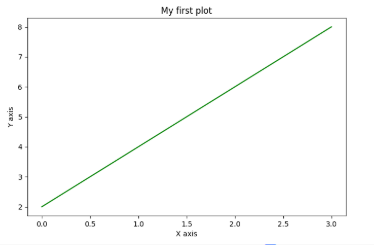 Your next question might be, What if I wish to plot more than one visualization in a single graph?

The answer is, Yes, it is possible. The below code example shows the same:

In the code example above. Try uncommenting plt.show() code from one line and comment in the other two, you will see different plot every time. Another illustration of how multiple plots can be represented in one single plot:


Explanation of the above code:

subplots() is used to create 2 plots and suptitle() method helps create a centralized title for the figure.

The subplot() method takes three arguments, they are nrows, ncols and index. They indicate the number of rows, number of columns and the index number of the sub-plot.

In the next post, we will see how different types of visualizations (graphs) such as bar graph, pie chart, histogram, scatter plots and 3-D plotting can be represented.

Following are some of the advantages of using the Matpotlib module: