Program to take input of various datatypes in C

printf() is used to display text onto the screen

& is used to assign the input value to the variable and store it at that particular location.

%d and %i, both are used to take numbers as input from the user. 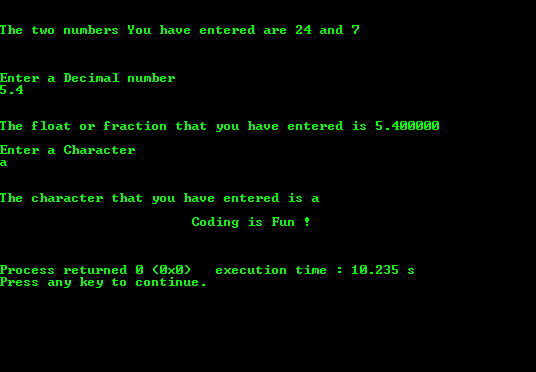