How Good is my Machine Learning Model? How do I improve its Performance?

In my previous post, I discussed the basic Python implementation of Linear and Logistic Regression. In today's post, I will cover the metrics on which a machine learning model or a machine learning algorithm is evaluated to check if its performing well with good percentage of accuracy or not. 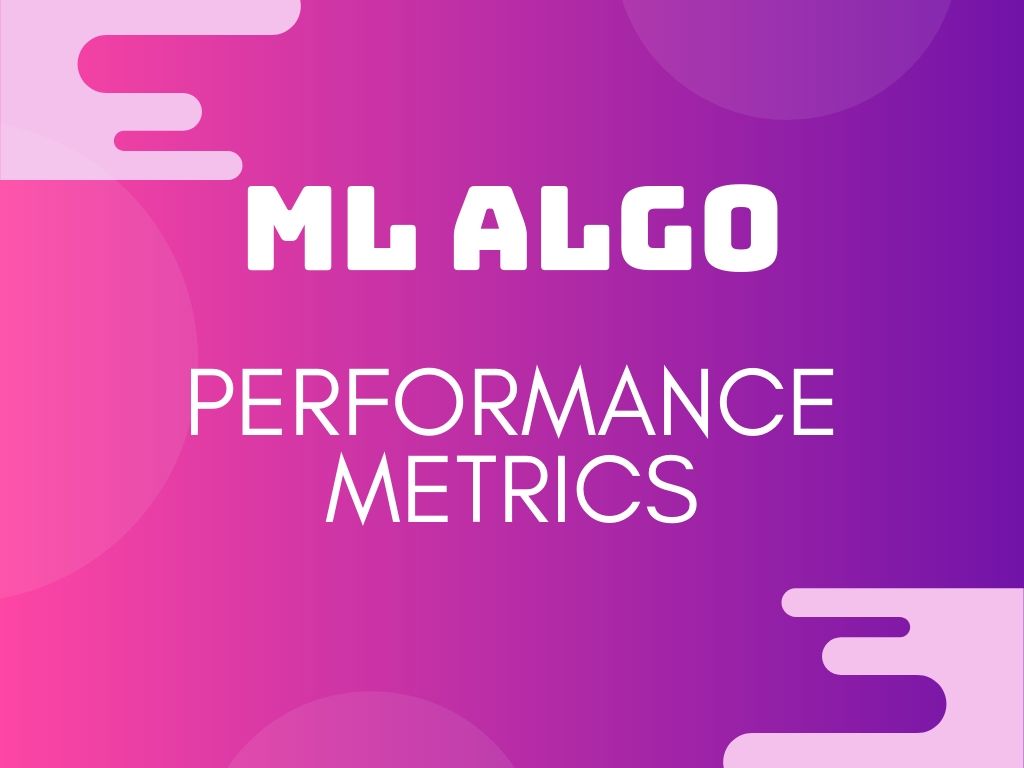 The definition for true positive, true negative, false positive and false negative has been provided in the section below.

sklearn package has a function named accuracy_score which can be used to calculate the accuracy:

It helps measure how well a classifier performed when tested on real data. The name basically gives a notion of how many times the classifier got confused before arriving at various different solutions amongst which some were correct and some were incorrect. The confusion matrix is usually a 2 x 2 matrix. The entries of the confusion matrix depict the number of times each class of the dataset occured in the question.

To construct a sample confusion matrix, let us consider the following example:

Let us consider a classifier that predicts whether India will win a certain cricket match or not. The following would be the confusion matrix for the same:

In the above matrix, the columns are those which have been predicted by the classifier. On the other hand, the rows are the actual classes of the dataset.

Before you start getting confused about the entries in the confusion matrix, read ahead:

True Positives (TP): When the classifier correctly predicted that India would win and India did win.

True Negatives (TN): When the classifier correctly predicted that India would not win and India didn't win.

False Positives (FP): When the classifier incorrectly predicted that India would not win but India ended up winning the match.

False Negatives (FN): When the classifier incorrectly predicted that India would win but India ended up losing the match.

Instead of memorizing the above said terms, understand them in a simple way:

sklearn has a confusion_matrix function, which can be used as follows:

Here y_test are the test values and y_pred are the values that have been predicted by the classifier.

Precision tells the number of the predicted positive values which are actually correct. This metric is used when the objective is to reduce the number of false positives in the confusion matrix.

Recall is a metric that tells the frequency of the correct predictions that are positive values. This metric is used when the objective is to reduce the number of false negatives in the confusion matrix. It is also known as "sensitivity" or the "true positive rate" (TPR).

When we try to optimize recall, then the algorithm ends up predicting outputs which belong to positive class but also predicts too many false positives, consequently leading to low precision.

On the other hand, if we try to optimize precision, then the algorithm ends up predicting very few positive results (those that have the highest probability of being positive) and the recall would be a very low value.

The function, classification_report, which can be found in the sklearn.metrics package, gives the precision, recall and f1-score

The output would be:

Note: The values here are just illustrations to show how the output is presented

False positive rate is the metric which tells how often it predicts the negative result incorrectly. It can be expressed as following:

ROC curve shows how the recall versus precision relationship changes when the threshold value is varied in the classifier. Threshold here refers to the data points which are above a certain limit, and are considered as positive. TPR is plotted on the y-axis and FPR is plotted on the x-axis.

In sklearn, ROC curve can be expressed as follows:

This metric is used to find the area under the ROC curve. This value is usually between 0 and 1, wherein a value closer to 1 or 1 itself means that the model provides a very good classification performance.

It can be implemented in sklearn.metric in the following way:

A larger area under the curve indicates that the algorithm gives high recall and precision values. This area is also known as average precision and can be visualized using the following code:

In sklearn.metrics, it can be represented as follows:

In the upcoming posts, we will see a few visualizations of real data using matplotlib along with taking into account these metrics and how they affect predictions.