In this tutorial, we will learn how to declare, initialize and use a pointer in C language.

Before you continue, check these topics out:

A pointer is a variable used to store memory address. Hence, we have to declare and initialise(assign it a value) it just like any other variable. Pointers can be very useful in some use-cases, like:

So let's see how we can create pointers, assign values to pointers, perform pointer coversions, pointer arithmetic and pointer comparisons.

Declaring a Pointer in C

The general syntax of pointer declaration is,

Here, pointer_name is the name of the pointer and that should be a valid C identifier.

Following are some examples of declaring a pointer in C:

Just like a variable, pointer is declared in the same way, just with an additional pointer operator *.

Assigning Value to a Pointer Variable 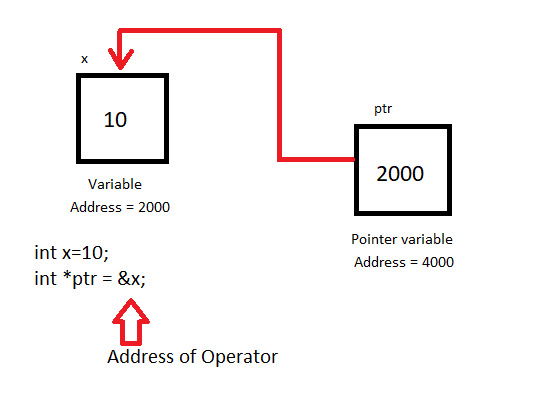 Pointer variables must always point to variables of the same datatype.

For example, if we have a float type variable and an int type pointer, then C compiler will give error.

While declaring a pointer variable, if it is not assigned to anything then it contains garbage value. And that can lead to unexpected errors in your program. Hence, it is recommended to assign a NULL value to it.

When we assign NULL to a pointer, it means that it does not point to any valid address. NULL denotes the value 'zero'. 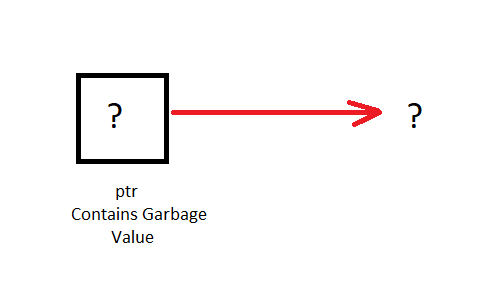 A pointer that is assigned a NULL value is called a NULL pointer in C.

We can give a pointer a null value by assigning it zero to it. For example,

The above code will initialize the ptr pointer will a null value.

We can also use the NULL macro, which is nothing but a predefined constant for null pointer. This is defined in the <stdio.h> header library.

Pointer to Pointer Assignment in C

We can use an assignment operator to assign value of a pointer to another pointer variable. But for such assignment, types of both the pointer should be same.

As you can see in the code example above, multiple pointers can point to the same variable but they should be of the same data type.

For pointer type other than void *, we have to explicitly cast pointer from one type to another. But this can lead to unexpected behaviour for incompatible datatypes.

For example, if we have a variable of type double, and we want to use a pointer of type int to point to this variable. Even after using explicit cast, the pointer will work as if it is pointing to a int type value. Now, a double type is of 8 bytes whereas an int type is of 4 bytes, hence, 4 bytes of information will be lost.

Let's see how we can use explicit cast for pointer conversion.

Once a pointer has been assigned the address of a variable, the pointer is dereferenced, using the indirection operator or dereferencing operator, which is a *, to access the value of the variable.

For example, if we have,

Here is one complete program,

Points to Remember while using Pointers

Since you have now learned the basics of Pointers in C, you can check out some C Pointer Programs where pointers are used for different use-cases.