Tokens in C are defined as the smallest individual element in C and are the basic building blocks of creating a program. It is classified into the following categories. Here, we will study keywords and identifiers. Before proceeding further do check the following topics: 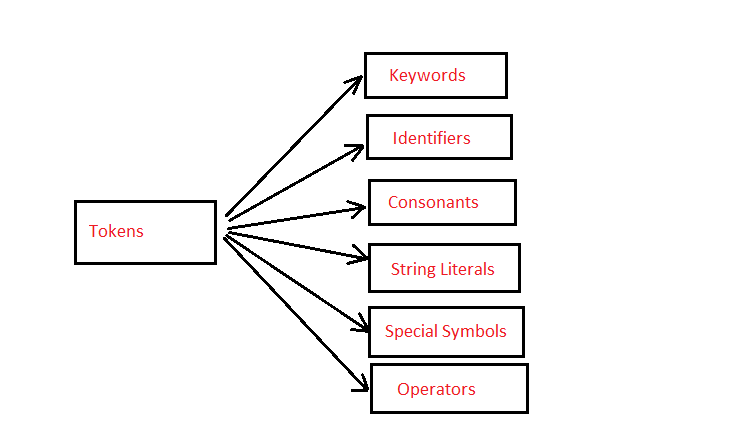 Here is a quick video to explain all about keywords and Identifiers. Click Here. 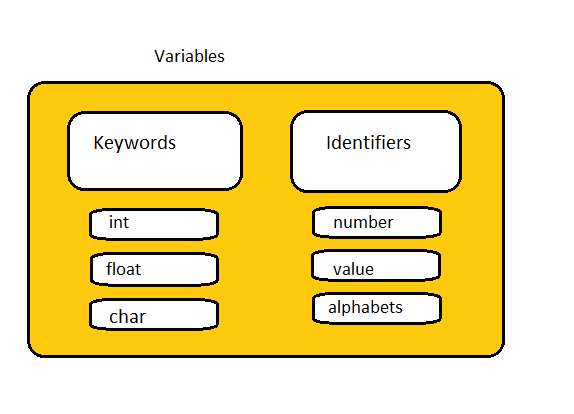 What are C Identifiers?

Rules for an Identifier:

When we declare a variable or any function in C language program, to use it we must provide a name to it, which identified it throughout the program, for example:

Here myvariable is the name or identifier for the variable which stores the value "Studytonight" in it.

Example of Keywords and Identifiers:

Here, money, salary are identifiers, and int, double are keywords.

In C language characters are grouped into the following categories,


Here is a quick video to explain all about keywords and Identifiers.