Have you ever been to a railway station? And noticed the ticket counter over there? 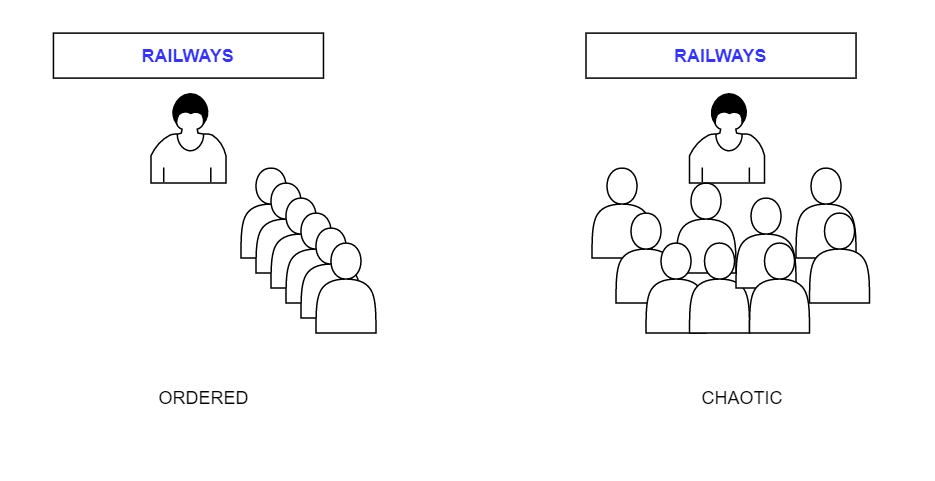 Above are the scenarios for approaching a ticket counter. Which one do you think is more productive? The ordered one, right? And we all know the reason why. Just to get things working and avoid problems we have some rules or protocols, like "please stand in the queue", "do not push each other", "wait for your turn", etc. in the same way computer network channels also have protocols like multiple access protocols, random access protocols, etc.

Let's say you are talking to your friend using a mobile phone. This means there is a link established between you and him. But the point to be remembered is that the communication channel between you and him (the sender & the receiver or vice-versa) is not always a dedicated link, which means the channels are not only providing service to you at that time but to others as well. This means multiple users might be communicating through the same channel. 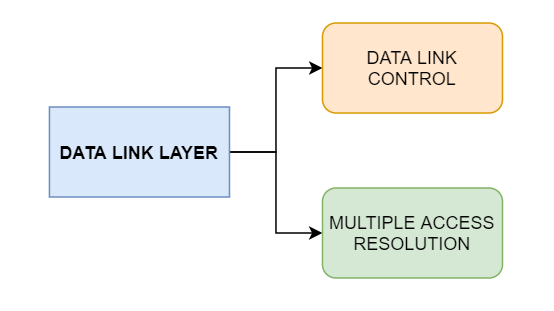 How is that possible? The reason behind this is the multiple access protocols. If you refer to the OSI model you will come across the data link layer. Now divide the layers into 2 parts, the upper part of the layer will take care of the data link control, and the lower half will be taking care in resolving the access to the shared media, as shown in the above diagram.

The following diagram classifies the multiple-access protocol. In this article, we are going to cover Random Access Protocol.

Once again, let's use the example of mobile phone communication. Whenever you call someone, a connection between you and the desired person is established, also anyone can call anyone. So here we have all the users (stations) at an equal priority, where any station can send data depending on medium's state whether it is idle or busy, meaning that if you friend is talking to someone else through the mobile phone, then its status is busy and you cannot establish a connection and since all the users are assigned equal priority you can not disconnect your friend's ongoing call and connect yours.

The random access protocols consist of the following characteristics:

As in the above diagram you might have observed that the random-access protocol is further divided into four categories, which are:

Let's cover each one of them, one by one.

The ALOHA protocol or also known as the ALOHA method is a simple communication scheme in which every transmitting station or source in a network will send the data whenever a frame is available for transmission. If we succeed and the frame reaches its destination, then the next frame is lined-up for transmission. But remember, if the data frame is not received by the receiver (maybe due to collision) then the frame is sent again until it successfully reaches the receiver's end.

Whenever we talk about a wireless broadcast system or a half-duplex two-way link, the ALOHA method works efficiently. But as the network becomes more and more complex e.g. the ethernet. Now here in the ethernet, the system involves multiple sources and destinations which share a common data path or channel, then the conflict occurs because data-frames collide, and the information is lost. Following is the flow chart of Pure ALOHA. 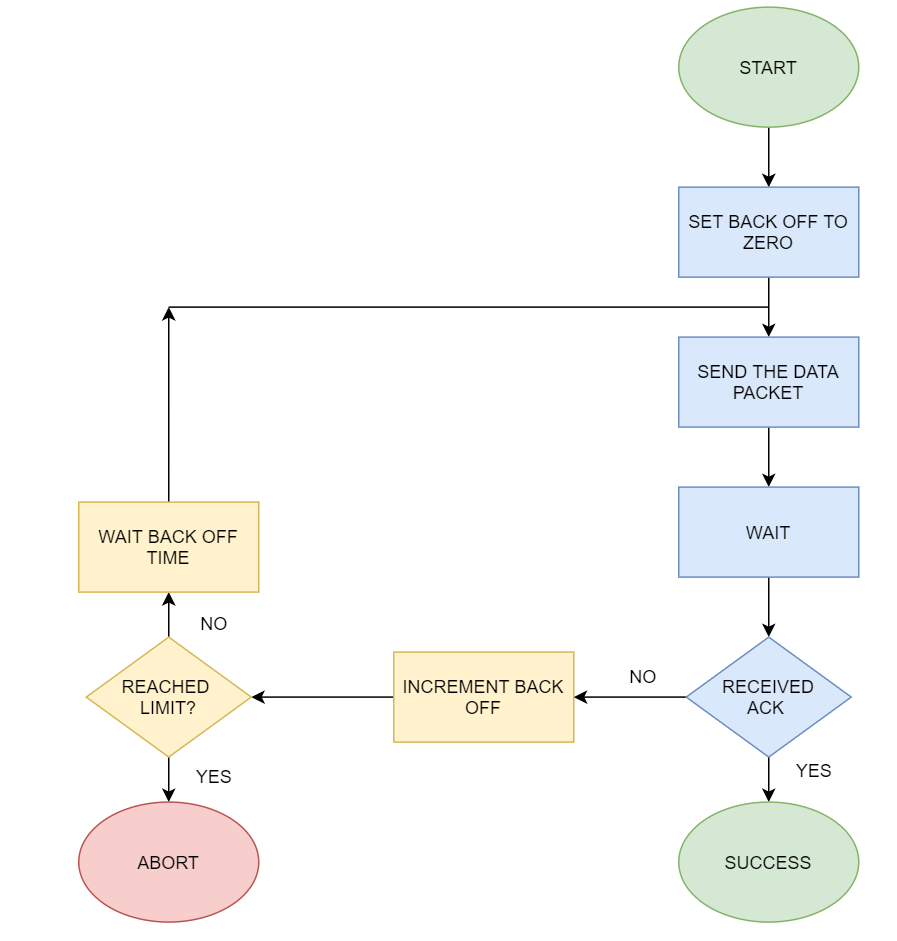 So, to minimize these collisions and to optimize network efficiency as well as to increase the number of subscribers that can use a given network, the slotted ALOHA was developed. This system consists of the signals termed as beacons which are sent at precise time intervals and inform each source when the channel is clear to send the frame.

Now, as we came to know about ALOHA's 2 types i.e. Pure & Slotted ALOHA, the following is the difference between both.

CSMA stands for Carrier Sense Multiple Access. Till now we have understood that when 2 or more stations start sending data, then a collision occurs, so this CSMA method was developed to decrease the chances of collisions when 2 or more stations start sending their signals over the data link layer. But how do they do it? The CSMA makes each station to first check the medium (whether it is busy or not) before sending any data packet. 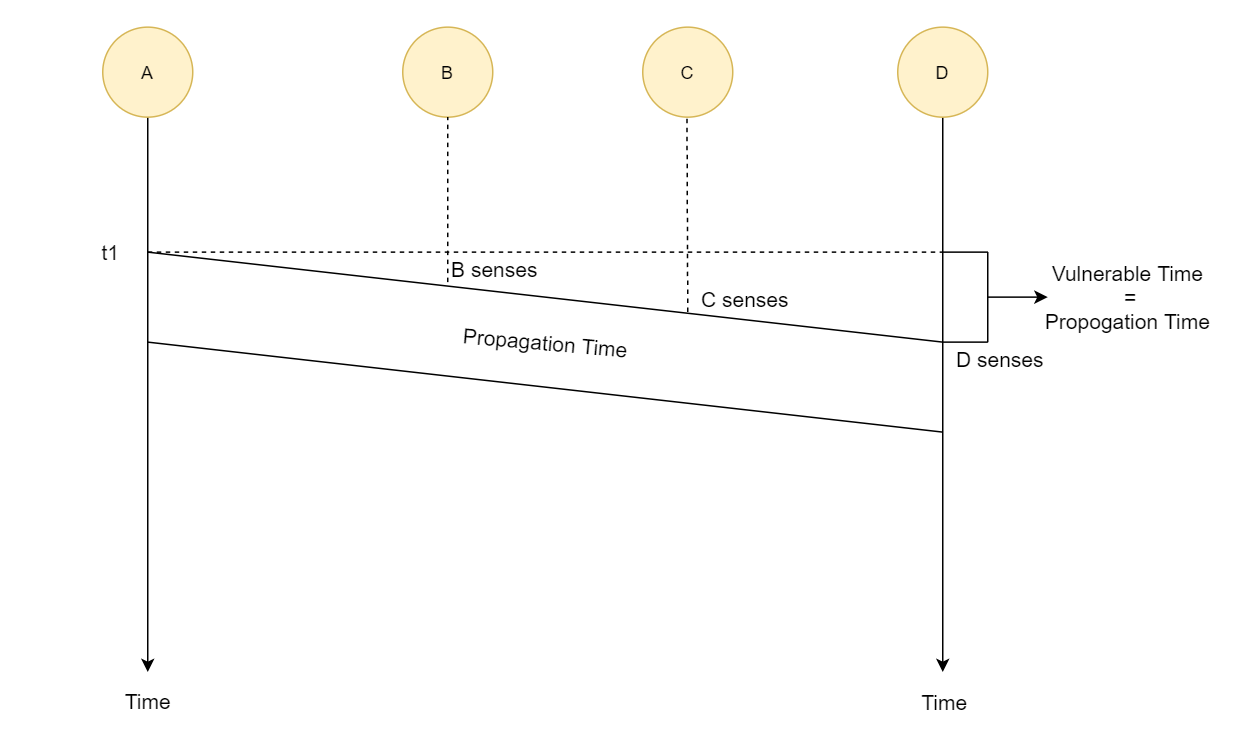 But, what to do if the channels are busy? Now, here the persistence methods can be applied to help the station act when the channel is busy or idle.

In this, whenever station transmits data-frame it then monitors the channel or the medium to acknowledge the state of the transmission i.e. successfully transmitted or failed. If the transmission succeeds, then it prepares for the next frame otherwise it resends the previously failed data-frame. The point to remember here is, that the frame transmission time should be at least twice the maximum propagation time, which can be deduced when the distance between the two stations involved in a collision is maximum.

This method avoids collisions by: